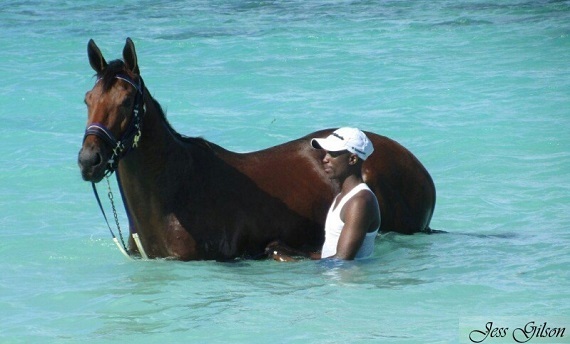 The beach and a swim are part of the quarantine schedule followed by the stunning South African racemare Smart Call. Overall, this routine will take her from her home base in Johannesburg to Mauritius, then to England and finally to Arcadia, California to claim her berth in the Breeders' Cup Filly & Mare Turf at Santa Anita Park in November. Smart Call's win in the Main Chance Farms Paddock Stakes on January 9 at Kenilworth Racecourse, Cape Town S.A., punched her ticket to the Championships via the Breeders' Cup Challenge Win and You're In Series.

At the end of January, a few weeks after her Paddock Stakes win and right before starting the months-long odyssey to Santa Anita, Smart Call romped over a field of quality colts in the Grade 1 J&B Met Mile at Kenilworth; her second Grade 1 win in three weeks. Queen's Plate victor Legal Eagle was second by 3 ½ lengths. Coincidentally, Legal Eagle qualified for the Breeders' Cup Mile when he won the Grade 1 L'Ormarins Queen's Plate on the same card as the Paddock Stakes.

Look for a Prep on the Rowley Mile

After her quarantine in Mauritius, Smart Call will fly to the United Kingdom and arrive at Abington Place, the U.K. base for South African racing. Abington Place is owned by Mary Slack, a member of the family that runs Mauritzfontein, the racing and breeding operation listed as Smart Call's owner and breeder.

According to trainer Alec Laird, "Smart Call will arrive in the U.K. in the early part of June to Abington Place where she will be prepared on the Newmarket gallops and a prep run on the Rowley Mile in the cards for the 1st of October."

Smart Call and Legal Eagle won the first two Challenge qualifying races for the 2016 Breeders' Cup, November 3 and 4. In total, there are 77 Breeders' Cup Challenge Races, with 28 run outside of North America. Winners of these races have their entries paid in full by the Breeders' Cup, and travel stipends are awarded to horses coming from outside of California. Horses' connections based in the rest of North America receive $10,000 travel money, and connections traveling from Argentina, Australia, Brazil, Chile, England, France, Germany Ireland, Peru and South Africa receive $40,000 per horse.

Last year, 39 Win & You're In horses competed in the 2015 Breeders' Cup Championships, and six won their divisions.