Last week, at the annual Broadband Communities Summit held in Austin, Texas, there was some, albeit guarded, celebration of the Federal Communications Commission (FCC) decision regarding Net Neutrality, and their vote to pre-empt state laws in North Carolina and Tennessee, laws that have restricted expansion of municipal broadband networks.

The FCC's decision enabled Wilson, N.C and the Electric Power Board of Chattanooga, Tenn., to seek customers outside their current boundaries and connect thousands more citizens to high-speed Internet. Nonetheless the foot dragging has begun. Legislation that gives municipal utilities in Tennessee the right to expand their broadband services has been tabled until next year, according to Government Technology Magazine. Citing the Chattanooga Times Free Press, they noted that "House Bill 1303 and SB 1134 were put on hold by state lawmakers due to "an apparent lack of support" in the Legislature."

While the states of Tennessee and North Carolina can no longer prohibit municipalities' freedom, in accordance with the FCC's ruling, eighteen other states have laws on the book that may also be preempted, thus opening activity in those states too, unless like Tennessee, those states find ways to frustrate liberalization.

There is the reason why not everyone was celebrating last week.

Few people know about the preemption or what it means to the economic development of cities of the future. For this reason among others, the Coalition for Local Internet Choice (CLIC), which includes hundreds of businesses, trade groups, cities, and individuals, and other entities, was laying plans to elevate the debate about broadband to a debate about America's future in this new age. CLIC was asking its members how to move beyond the fight for broadband, the new internet infrastructure, and get consumers and citizens across America to understand that local internet choice is really about reinventing our cities for the new, increasingly global, knowledge economy.(Full disclosure: I am on the CLIC Advisory Board) 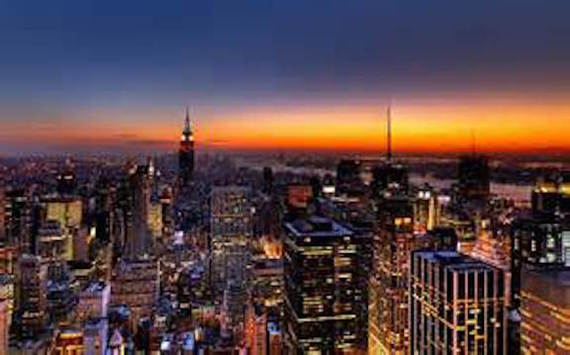 In many ways this effort is just beginning. As Jim Baller, lawyer for Chattanooga, TN and Wilson, NC, and President of CLIC said:

"Across the country there are members of legislatures that are for political reasons opposed to (local choice) and the ability of communities to participate significantly in the decisions that effect their economic well-being, their educational opportunities, their public safety, their access to health care, transportation, energy, environmental protection, and much more. We have to enable local governments to contribute to the well-being of our communities. That is what we are doing at the Coalition for Local Internet Choice. That's what other organizations, like Next Century Cities, are also trying to advance. We need an activist country. This is such an important issue, and the stakes are so high for every one of us."

CLIC "believes that the decision of how local communities gain access to modern broadband networks is best made at the local level. CLIC does not advocate for any particular approach, municipal network, partnership, or other involvement model. CLIC is focused on ensuring local governments have the authority to make these decisions locally."

Nothing could be more timely or important as this signal to cities that our future, the future of America in the Internet age, depends on renewing, often reinventing, our cities for the global, knowledge economy.

In every study about economic development, the importance of broadband Internet services is mentioned prominently. Given the realignment of power in the world -- from nations to cities to individuals -- what the city does or does not do can determine their community's success and survival, or its demise; and as such, will determine the nation's success or failure.

Author of Citistates and urban columnist Neal Pierce argued that there is no national economy per se, only "a constellation of regional economies with strong cities at the core," and a global economy in which no one is in charge. Kenichi Ohmae, author of The Borderless World, like Pierce, suggested we are witnessing the rise and the rebirth of the age-old concept of the city-state or, as he prefers, the "region-state."

The new region-state, Ohmae said, has the "power and authority to take ownership of its own future and establish a governing process reflecting a new model of government for the digital age."

We are not just talking about streaming movies, email, social media or Internet sales. We are talking about regional security, housing, law enforcement, fire, safety, transportation, health care and, as Cisco advertises, the "Internet of Everything" ... when everything is connected to everything else "transforming cities". 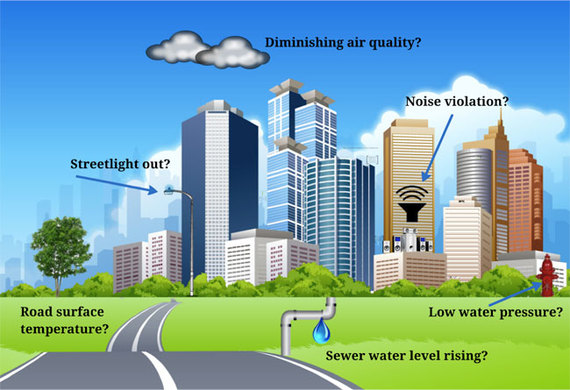 We have learned a great deal about the challenges we face in a global "knowledge economy," one based not on the production of goods and services or agriculture. Although these basic industries continue, the new economy relies on the production, use, and transfer of information and knowledge.

Manufacturing and service provision from one nation are finding the lowest cost in another and seeking distribution throughout the world market. This is what author and "New York Times" columnist Thomas Friedman means when he says, "The World is Flat." Every nation, every community, every person is competing with every other. Indeed, all the economies in the world are now knitted together and competing for the knowledge jobs, the dollars they offer and the enhanced quality of life such jobs create.

Not surprisingly, a whole new economy based not on manufacturing or even service provision, but on knowledge or more precisely creativity and innovation is rapidly taking shape.

What makes people creative and innovative however, is still being debated. Clearly our schools and the educational curriculum must change. So too, the communities where young people spend at least half their lives and where their families, friends and fellow citizens live and work, must change.

At a meeting last year, a relatively new international organization called "The New Cities Foundation" attracted over a thousand leaders from cities around the world, most of whom heard about art and culture districts, creative place making, technology innovations, new transportation schemes, remote health care, sustainability, financing, the importance of a broadband infrastructure and audience building as well as a host of other topics which cities managers, mayors, council members, architects and city planners need to better understand and appreciate.

There was a lot of talk about the role of art and culture as vital to enhancing creativity and innovation, vital ingredients in developing economically competitive communities. But as Adrian Ellis, one of the founders said, "this is about urban policy. This isn't just about the arts." 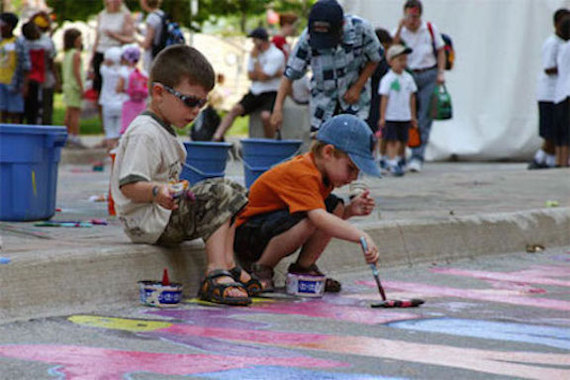 Whatever the motivation, cities are beginning to see the need to renew and reinvent themselves for a very complex and different world economy. "Its scary" he says, and executives, architects, city planners, and policymakers alike, must begin to collaborate on the effort of "Reimagining the City," the theme of the Dallas event.

In the U.S., another new entity called "Next Century Cities" has been meeting with mayors and executives from about 40 cities to talk about the new economy, the critical importance of broadband infrastructure to economic wealth and well being and the vital role cities must play to succeed and survive in what is an increasingly turbulent, knowledge driven world.Through Next Century Cities, leaders will gain opportunities to work with partner cities, share knowledge and assist in development of next-generation broadband networks said Deb Socia, Executive Director of the new venture.

As a result of CLIC and Next Century Cities working together, cities and regions are being heard in statehouses and the Capitol. But clearly more needs to done if we want the average citizen to understand that revival of the city is key to succeeding in this new economy. Such revival can be the incubator of creativity; the place where people and cultures and ideas wash against one another producing the inventions and innovations the world needs and wants, and the finance and marketing plans to support them.

There are obviously many things a city must do reinvent itself. But having a broadband infrastructure is a crucial first step. Why? Because, says CLIC CEO Joanne Hovis, broadband today is as important as waterways, railways and highways were in an earlier era.

While the prohibitions in many states have been around for the last two decades, the policy framework for cities in the states that have been restricted has been removed. And the message to all cities in the U.S. that the new broadband infrastructure is vital has been sent.

In his opening address to those meeting in Austin last week, Tom Wheeler, Chair of the FCC said: "we recognize that broadband is the indispensable infrastructure of our 21st century economy and democracy."