The main idea of an intelligent, smart city is to use technology for solving residents' problems. Modern, state-of-the-art ICT solutions should alleviate cities' problems with traffic jams, public transport and air pollution. They should help manage a city in a more effective, sustainable way and boost social engagement. The questions is: do they really do that?

Like other cities in the world, Polish cities experienced an intense period of fascination with pure technology. Sometimes local governments wanted too hard to believe that just buying an expensive IT system would solve all their problems. Quite often this approach didn't work, mainly in the cities that invested in IT without deeper research into the actual needs of their residents. Such cities are currently running systems expensive to maintain, that instead of solving problems or improving the quality of life, cause problems themselves.

When talking with other mayors, I notice an obvious evolution in the approach to the concept of the smart city. IT solutions, although still important, are no longer the focal point. The primary focus are the residents' expectations, the need to closely cooperate with city communities.

City residents should not have to adapt to the requirements of an IT system, rather the technology should better fit the broader social context: the need for sustainable economic development of urban areas, development of science and art or more effective protection of the environment. The precise measurement of the smart city is also much needed (see ISO 37151). An interesting attempt of creating smart city metrics was taken by City Protocol too.

In Gdansk, we are in the process of defining our approach to the smart city. Which urban projects should we really consider as "smart"? How can we determine when the term "smart city" is just a buzz word, used to cover the shortcomings of a project proposed to the implementation by the authorities of Gdansk with public money? Such reflection was necessary and soon our conclusions will become a part of the operational programs, accompanying the Gdansk 2030 Plus Development strategy.

Our approach to the smart city has a few distinctive features. First of all, we are very cautious about spending public money. We resist hype created by the PR departments of IT companies and rarely we start from the big, expensive developments. We prefer to develop an idea on a small scale, so it can be gradually verified. Only when the idea gains social approval, we are able to increase our financial engagement.

An interesting example of such a low-cost approach is our web application BAND (a Polish abbreviation for the "Bank of trees"). For almost 25 years, Gdansk has been attracting domestic and foreign investors, but building new plants or office buildings has its cost; usually several trees have to be cut down. Planting new ones is necessary, but, how should we find the best locations for them? We know that we don't want to plant trees just "anywhere". We want to do it where new green areas are most needed.

That is why I decided to take advantage of IT systems to gain knowledge from the locals. Our application, integrated with the Google Maps, helps our citizens indicate places in Gdansk where new trees are needed. In an easy and quick way the city hall acquires knowledge that otherwise would be hard or expensive to get.

In a similar way we intend to gain knowledge about the best places to put new benches in the city.

Of course, it isn't true that you can build a smart city entirely without money. Sometimes an investment of large amounts of money are inevitable at the very beginning. It is the case of ITS for instance, the intelligent transport system. Gdansk, along with the neighboring cities of Gdynia and Sopot, took up the challenge of creating such a system at the expense of approx. EUR 40 million (Tristar). The development phase took nearly 7 years and the system became operational in mid-November 2015. It was a very challenging and interesting experience about which I would like to tell you more in one of the following posts. 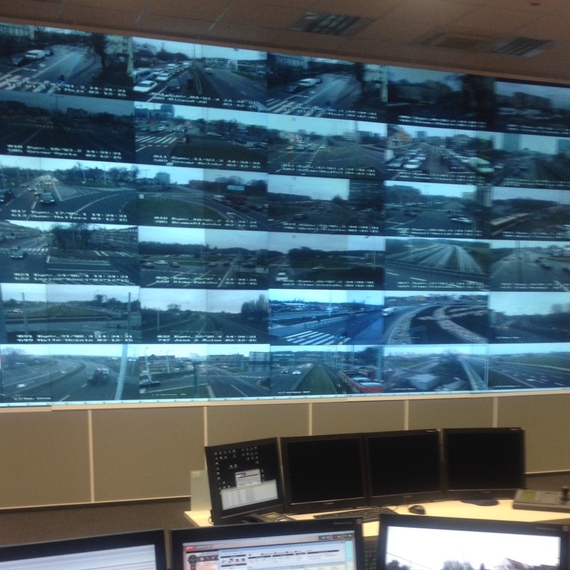