A bullet train is leaving the station, and it promises to transform and propel U.S. manufacturers who climb on board--in a wave of information technology known as smart manufacturing.

The big names are not just aboard, they're driving the train: IBM announced in March it will spend $3 billion in the next four years to create an "Internet of Things" unit and develop software to help customers do the same, taking advantage of a paradigm of embedded, intra-machine connectivity, enabling machines (including everyday appliances) to communicate with one another and to adjust, without human assistance, to changing conditions.

But small- and medium-sized companies in the $3-trillion U.S. manufacturing sector largely are missing out on the benefits of smart technology, which uses embedded sensors and integrated software to collect plant operations and supply chain data, analyze that data and drive real-time improvements in production, procurement and processes. Some industry observers, including The Wall Street Journal, have called it the "New Industrial Revolution," touched off by an advancing wave of technology with sensors and microprocessors plummeting in cost and size; cheap and easy cloud storage; and newly nimble forms of communication and software. 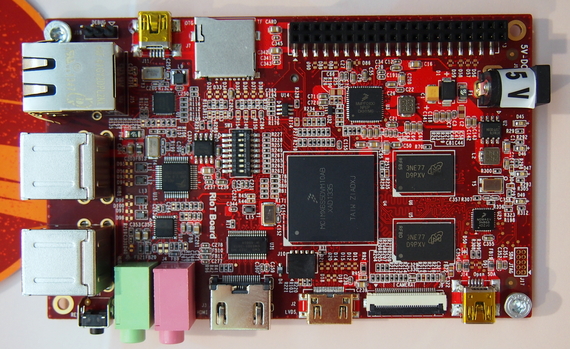 Smart Manufacturing Benefits
For the companies that embrace it, smart manufacturing has the potential to trigger innovation and productivity, enable and spur growth, facilitate greater worker and product safety, and improve the environmental profile of operations.

What's more, those gains flow from only partial implementation. Less than a third of those who had made the switch reported applying the practice throughout their operations.

Given such impressive results, why haven't more U.S. companies embraced smart technology? Unsurprisingly, cost is at the top of the list, according to the ASQ survey, followed by resistance from management.

Capital Costs
Companies must find ways to overcome those hurdles--or face the prospect of battling competitors who have--likely within the decade. Some 37 percent of manufacturers surveyed by ASQ report having no interest in smart manufacturing, undoubtedly deterred by the perception that engaging such a revolutionary paradigm will require prohibitively expensive infrastructure improvements. True, new capital investments will be required, but that doesn't mean scrapping the existing physical plant.

Most existing manufacturing equipment has at least some viable capacity. Many small- and medium-sized factories are running older, one-size-fits-all enterprise software systems that are "expensive to use ... and buy," as William P. King, chief technology officer of DMDII, explained at a recent Forbes roundtable "The Digital Factory." In the future, these companies can benefit from deploying less expensive, individualized, modular software, allowing engineers to assemble tailored, factory-fit solutions.

There will be new capital equipment costs, notes GE SVP and CIO Jamie Miller, but most manufacturing equipment can be retro-fitted with external sensors and computing equipment, connecting the formerly segregated factory floor with an outrigger of notebook computers and control towers.

Human Resources
Of course, smart manufacturing isn't just about equipment. Leaders must also rethink the way they hire and organize workers, says GE's Miller. Rather than being grouped and siloed by job title, the cross-referential and collaborative nature of smart manufacturing calls for multidisciplinary, outcomes-based teams organized around optimizing tasks and processes. Finding appropriately tech-savvy employees for these teams could be a challenge, as already some 2 million manufacturing positions may go unfilled in the next decade, predicts The Manufacturing Institute, the National Association of Manufacturers' research arm, in part because of a skills gap for younger workers, as outlined in The Atlantic.

Phasing IT In
For most manufacturers, embracing smart manufacturing will happen in phases. We know many of our customers choose to implement capital improvements over time, generating performance gains that, in turn, help pay for future investments. Yet having a holistic overview and a structured plan for implementation is paramount and will prevent wasted effort and investment. For example, many of our customers are using Tetra Pak's PlantMaster™, a customized automation solution designed to work together with our processing and packaging equipment, to gain omniscience and control of their plants. This type of technology also gives them the power to secure product quality, prevent food safety problems and quickly track and trace any rare incidents that do occur back to the source.

It's a sound strategy and a path forward-thinking company leaders have within their power, if they can muster the will. Manufacturers who create comprehensive and realistic implementation strategies and begin to act now can stay decisively ahead of the competition, reaping the benefits of the smart manufacturing future and paving the way for sustained and profitable growth.