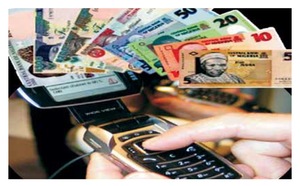 Today, with more mobile phones than people on Earth, any savvy foreign policy recognizes the power of this small device to do good or evil in the world. Gone are the days when rebels and reformers fought only using guns and physical bombs. Whether it is managing logistics, sending text messages to incite or inspire or using mobiles for recruitment, this portable machine is as important as any as weapon.

We are seeing this innovation in both the government sector and hot technology start-ups. When Hillary Clinton was Secretary of State, with advice from Alec Ross, she made technology a centerpiece of her 21st-century statecraft. The Obama administration and Secretary of State John Kerry have also embraced digital technologies. In fact, mobiles are a key method for achieving President's Obama foreign-aid goal of creating conditions where aid is not necessary.

Turning to U.S.-based start-ups, the brilliant and nerdy Josh Stern developed a mission-critical mobile-messaging platform now used in over 150 countries. Telerivet allows data to be collected and is used for security, humanitarian purposes and commerce -- both cheaply and easily. It isn't just another messaging system. Its platform has ways to, when needed, prevent outsiders from finding out who is sending information so as to not put that person at risk. From beauty-parlor owners scheduling their clients to supply chains where source security is not essential to security information garnered deep in Southern Somalia, the versatility of their technology simply takes one's breath away. Already being used by diplomatic and foreign-assistance providers, the range of its foreign affairs capabilities is the best definition of "transformative."

However, most foreign-policy attention has been placed on mobile messaging -- for example, the role Twitter and Facebook played in catalyzing people in Moldova, Egypt and Iran. Security experts understandably worry about how mobile can be used to detonate bombs or cause destruction. Beyond messaging, the ways mobiles are being used for good and evil are intriguing.

A true game changer in the foreign-policy conversation has been the impending explosion of turning phones into wallets. At this week's gathering of the mobile industry in Barcelona (with over 86,000 people from over 200 countries), it is clear that mobile money is changing the landscape in developing countries. It is now available in 89 countries, and over 300 million people have set up mobile money accounts on their phones. Now they can use their phone to store money, buy and sell goods and services and send money to or accept money from relatives.

What exactly is mobile money? Think of using mobile money in your wallet like you use a debit card. You also deposit cash into your wallet at your local bodega or have someone transfer money onto it. It's so convenient and is spurring all sorts of new entrepreneurial opportunities and new financial services for both the rich and poor. With up to 2 billion people who own cellphones but don't have bank accounts, mobile money provides a personal financial safety net for the poor and a point-of-sale machine for, say, a small farmer who wants to buy his supplies from a cheaper vendor miles away.

We also can't be complacent about the risks to our national security or global financial systems. What if malware like the one that snuck into the retail terminals at Target and Home Depot all across the country, grabbing over 100 million of our credit card numbers, were unleashed on our mobiles? Experts are worried Al-Qaeda is working on ways to worm their way into peopl'es mobile phones through a simple game -- spying and hoping to steal money.

Just as we would not throw away our credit cards, we would be foolish to throw 7 billion phones in the trash because of these risks. But let's take a minute to look at how the massive opportunity to use our phones as digital wallets could result in people being safer and more prosperous. Government and foreign-policy experts must rapidly work together to usher in this innovation while also ensuring systems are in place to minimize terrorist financing, money laundering and theft.

Interestingly, U.S. women have been at the forefront of crafting the important global policy initiatives in this area -- to both rapidly roll out and supercharge the benefits while being savvy about ways to protect the global financial economy and reduce the likelihood that terrorists and criminals could effectively use this channel for massive money movements. Here are two examples.

While at the Gates Foundation, Priya Jaisinghani, USAID's Director of Mobile Solutions, provided some of the first grants to study how this powerful technology and service of mobile money could be used by billions of poor people for their finances, agricultural businesses and health services. She went on to lead the first division of any foreign-assistance office to focus on mobiles, and her thought leadership continues to shape the products and services that mobile phone companies think to offer their customers. 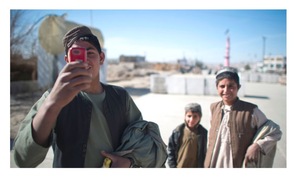 Then there's the relentless and compelling Kay McGowan, a U.S. State Department foreign-service officer now at USAID. She has pushed the build-out of mobile money in Afghanistan with private-sector leadership coming from Karim Khoja, CEO of the mobile operator Roshan. Early mobile-money pilots unveiled the fact that 30 percent had been skimmed off their salary payments when "trusted agents" delivered their cash payments. Today she continues to be the fiercest advocate of getting Afghanistan officials to switch salary payments for police, military officers and teachers from cash to their cellphones.

To learn more from smart women on foreign policy, mobile money and more, listen to the coolest new podcast, "Smart Women, Smart Power," hosted by Nina Easton. I sat down with her last week to further discuss the importance of mobile money and foreign policy. Listen here. I highly recommend that you subscribe to this series.