Education. It's a topic that has always stimulated vigorous debate and yielded staunch opinions from both professional academics and the public at large.

With talk about expanding access to education, improving our educational system and outcomes and, most recently, President Obama's proposal to offer free community college to students nationwide, it's an issue that continues to feature prominently in our nation's dialogue, and for a good reason.

Politics aside, the importance of education cannot be overstated. It is what lays the foundation for our development, gives us knowledge of the world around us and broadens our perspectives. It helps us form opinions, develop ideas and mature as both a people and a society.

But, while it's easy to reach a consensus on the importance of education, it is the seemingly ever-changing proposed curriculums, programs and standards -- such as the No Child Left Behind Act and the more recent Common Core -- that tend to elicit fiery debate and controversy.

A recent article in the New York Times' "Op-Talk" blog is a pertinent example. Entitled "Smarts vs. Personality in School," it discusses the recent push in "character-based education" and the role that "self-control, curiosity and grit" play in helping children do well in school.

According to a 2014 paper by the Australian psychology professor Arthur E. Poropat, research has shown that "conscientiousness" and "openness" (i.e. creativity and curiosity) are more important to student success than intelligence. A bold assertion, but worthy of consideration. 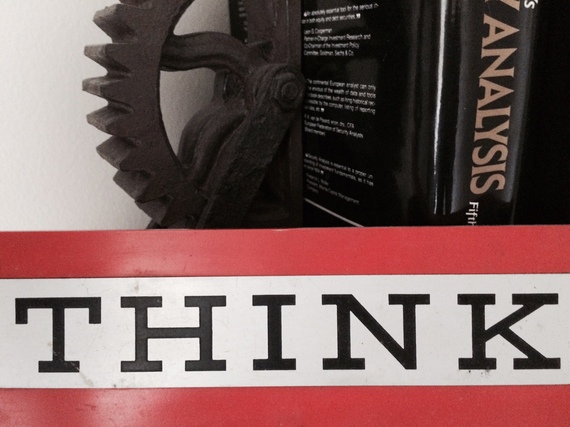 In fact, it is not so much whether one is more important than the other, as it is that both are given their due respect. Accordingly, it is difficult to argue against the benefits of teaching character -- and the qualities of self-control, curiosity and grit - to children who are in the process of developing and forming their identity.

Turning to the words of Martin Luther King, Jr., whose wisdom extends well beyond the sphere of civil rights, he makes a compelling case for the function of education, writing in the campus newspaper the Maroon Tiger (1947):

"It seems to me that education has a two-fold function to perform in the life of man and in society: the one is utility and the other is culture...

"Education must enable one to sift and weigh evidence, to discern the true from the false, the real from the unreal, and the facts from the fiction...

"The function of education, therefore, is to teach one to think intensively and to think critically. But education which stops with efficiency may prove the greatest menace to society. The most dangerous criminal may be the man gifted with reason, but with no morals."

So, does it have to be smarts vs. personality? Character vs. intelligence? Can it not be both? Can not both smarts and personality, character and intelligence be combined in such a way that students will not only acquire knowledge and understanding, but develop the key attributes of honesty, integrity and grit that are necessary for a healthy and functioning society?

Indeed, to wholly dismiss character in favor of intelligence might just be counterproductive. As Martin Luther King, Jr. wrote:

"We must remember that intelligence is not enough. Intelligence plus character -- that is the goal of true education."

That certainly sounds intelligent to me.