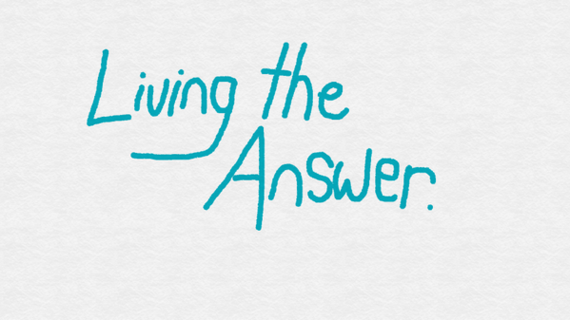 A while back, Linda and I attended a weekend retreat led by Pema Chodron, a long-time practitioner of Buddhist meditation and the principal teacher at the Buddhist center, Gampo Abbey in Nova Scotia. The retreat was based upon the teachings of Chogyam Trungpa Rinpoche, a Tibetan teacher of Buddhism and author of many books, including Smile At Fear, which happened to be the theme of the retreat. Both Linda and I have been long-time fans of Pema's work and her books, especially the best-seller, When Things Fall Apart, which seems to have been written precisely for these times.

So naturally, when we heard about the retreat, which was held at a huge pavilion in the Bay Area city of Richmond, we signed up for it, and not a moment too soon. Despite the fact that the event was being held in a building that accommodates 3,000 people, we just barely made it in before it sold out. The hotel that the sponsoring organization had contracted with for the special room rate however had sold all of its rooms that had been reserved for the retreat. After many phone calls and much time on line, we were able to find a nearby hotel that had rooms available and we reserved one for the weekend.

At the end of the first evening, we drove to our hotel and because it was dark and there was a detour on the road, I found it difficult to follow the directions and because of a number of wrong turns that I made, it took us about three times longer to find our way to the hotel than it should have. I made a verbal note to Linda to get an early start the next morning to make sure that even if we got lost again, we would make it in time for the opening meditation.

It was a good idea, but fate it, seemed, had other plans for us. After having breakfast at a nearby restaurant, we got on the road, with plenty of time to spare and I proceeded to get us even more lost than we had been the night before. Still, I wasn't worried since we had left early enough to deal with any unplanned meanderings and still make it in time.

When after about 15 minutes going in what turned out to be the wrong direction, it became obvious to us both when we ended up at a dead end, that my instincts, which are not always 100% reliable, had unfortunately failed me and it was time for another game plan. The question was, "Now what?"

Although I was totally unfamiliar with the terrain, I declined Linda's suggestion that we might consider asking someone for directions. No need to do that. I did what any other man would do in a similar situation, one in which he had absolutely no idea of where he was or how to get to where he wanted to go. There was of course no need to ask anyone for directions. Yes, my instincts had just failed me, but there was no reason to believe that they would fail me again. After all how often does lightning strike twice in the same place? One misjudgment was fluke; two would be a near impossibility. Besides I was really sure this time that I knew the way. Linda was beginning to have her doubts, but bless her heart, she gave me another chance.

Well, you'll be shocked... SHOCKED, to hear this, but it soon became apparent that I was wrong again. Unbelievable! But apparently not to Linda who once again asked me with great patience and mindfulness if I might want to reconsider my decision to not ask anyone for directions. By now it was getting late and there was a serious possibility that we might be late for the morning meditation, and come straggling in after it had begun, with the room absolutely quiet, and we would destroy the stillness and conscious breathing of the 3000 punctual yogis who would be sitting in perfect posture being perfectly mindful, immersed in the joy of perfect consciousness. No doubt, all of them would open their eyes just long enough to see who it was that was interrupting their blissful state. It would be planted in everyone's awareness that I was the one who was responsible for breaking the perfect peace of the room and clumsily, tardily, exposing my unenlightened self.

With all this going through my mind, it was clear to me that it would probably be a good idea to take Linda's advice and pop the question to someone who might know more than I did about the local terrain, which probably would have been anyone over three years old that happened to be in the vicinity. I went into a nearby convenience store and asked the clerk for directions. As luck would have it, he knew exactly where the pavilion was and provided me with very clear and simple directions to the facility. I got back in the car, no longer feeling anxious or distressed, and headed for the pavilion.

It looked like we were going to make it on time after all. When we began to see signs directing cars to the retreat, I knew that we were home free, or so it seemed. Unfortunately, this was not to be the case. Four blocks from the pavilion a flashing red light appeared up ahead accompanied by a clanging bell. The two cars in front of me stopped at the railroad crossing that was literally less than twenty-five feet in front of me.

My mood immediately got dark again with all kinds of very unenlightened thoughts and urges coming into my mind. In an instant, I went from perfect peace to perfect frustration.

I checked the time. We still had nearly ten minutes before the first session began and we were so close to our destination. Even if the train took five minutes to pass we would still have enough time to get to the parking lot and make it inside before the meditation began. No problem, except for one thing: The train turned out to be by far the longest train that I had ever seen in my life, maybe the longest train in the world. It took more than five minutes, more than ten minutes, more than fifteen minutes. It took over 20 minutes for that train to pass and for the crossing bars to finally lift to let the drivers in what had now become an incredibly long line of cars to restart their engines and resume their travels.

My initial reaction to all this was to be possessed by a frenzy of impotent outrage. In the midst of my expletive-filled rantings, Linda, gently but in a way that pierced my wall of anger, reminded me of three things that for some unknown reason, I was fortunate enough to be able to actually hear, that stopped me and my rantings cold in my tracks (almost literally!). One: There is nothing that we can do about this situation. Two: It is temporary and at some point it will end. Three: We came to the retreat to experience peace, greater awareness, and acceptance of the experience of the present moment.

My initial reaction was to feel the urge to redirect my anger towards Linda -- How dare she deprive me of my righteous indignation and of the pleasure of feeling like a victim of unfair circumstances! Then in the next moment, I saw the ludicrousness of my reaction, given the circumstances of our situation. And I saw things from the perspective from which Linda was viewing them.

We had been given an opportunity to practice what Pema had spoken about in the previous night: to be able to bring a mind of openness, acceptance, and non-judging awareness into all of our experiences, not just those that go in accordance with our plans. Not because this was the right thing for us to do, or because there was some reward that we would get for being mindful, but simply because to do otherwise was a certain prescription for continuing to create pain and suffering, something that I had just experienced a vivid taste of. I looked at Linda. She wasn't distressed at all. She was smiling, not at fear, but at the ridiculous spectacle that I had made of myself in thinking that if I got upset enough, reality might change. My anger melted in that moment and I experienced a feeling of incredible gratitude towards Linda and a release of the frustration that I had been feeling. In what seemed like a moment later, the last train car finally passed, and the gate lifted. I started the car and we drove into the parking lot which was only about 100 yards away. The five minute walk from our parking spot to our seat inside of the pavilion was delicious. I realized about halfway to the building that I must have been smiling, because nearly everyone that I passed with whom I made eye contact, seemed to be smiling back at me. I smiled through the morning meditation and I'm smiling now as I write these this.

I'm remembering the words of Swami Satchidananda , who was fond of saying that we can't stop the waves from coming, but we can learn to surf.