Whether you woke up on the wrong side of the bed, picked a fight with a loved one or struggled through that morning commute to a job you don't particularly enjoy, it can be a tough task to plaster a smile across your face when you're feeling less than chipper.

But by choosing to smile, happy changes start to occur automatically, both internally and externally. Great power lies in a random smile, so long as you choose to share it with the world.

Here are 11 reasons why it's worth showing those pearly whites daily -- even when you don't necessarily feel like it.

Smiling can improve your mood. 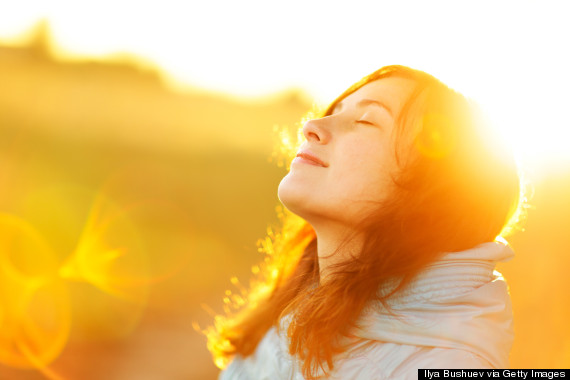 Our facial expressions do more than communicate our current mood -- they have the ability to influence our mood as well. Emotions may originate in the brain, but the muscles in the face either reinforce or transform those feelings. Recent studies have revealed that through the enhancement of positive emotions -- or the suppression of negative ones -- with facial expressions, a person's mood begins to align more strongly with the emotion his or her face is communicating.

Even fake smiles do the trick.
While some researchers insist the benefits of smiling can only be rendered from a geniune expression of happiness, others have found that a forced smile can still make you feel happy, even when your existing mood and surroundings suggest otherwise. It only takes smiling for a brief period of time to experience its benefits -- no matter how contrived it feels initially. In this case, maybe it's OK to fake it a little. 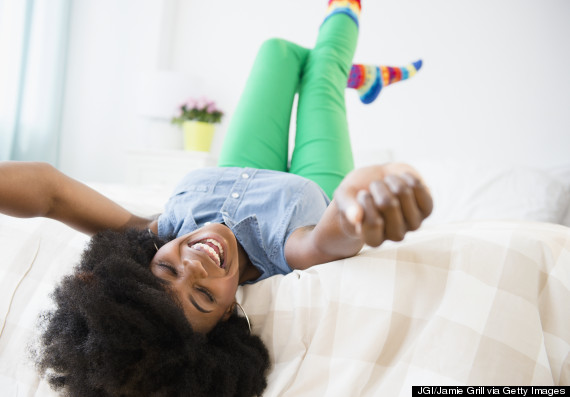 In a 2012 study published in the journal Psychological Science, University of Kansas psychological scientists Tara Kraft and Sarah Pressman studied 170 participants who were told to hold chopsticks in their mouths in three formations, making them smile to various degrees without realizing it, after performing a stressful task. The experiment revealed that subjects who smiled the biggest with the chopsticks experienced a substantial reduction in heart rate and quicker stress recovery compared to those whose expressions remained neutral.

Smiling makes you more approachable.
A 2004 Penn State University study found that authentic smiles shared by employees in the service industry influenced their impressions on customers in a positive way. Smiling employees came across as more likable and friendly, and customers left the interactions feeling more satisfied about their overall experience. While job performance and the busyness of the venues were also factored into subsequent experiments, the researchers found that the added display of an authentic smile helped workers appear more competent as well. 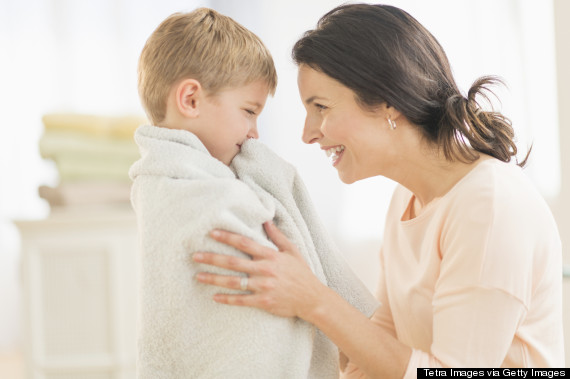 From a psychological perspective, a person who is smiling appears more trustworthy than a person who is either frowning or holding a neutral expression. In a University of Pittsburgh study, researchers explored the potential connection between a model's level of attractiveness, the intensity of her smile and her perceived level of trustworthiness. Study participants ranked 45 models on these three conditions, revealing that the bigger the models smiled, the more trustworthy they seemed.

Smiling actually retrains your brain for the better.
While the brain is naturally inclined to think in negative terms as a defense mechanism, the habitual act of smiling helps the mind move to a more positive space and remain there longer the more you do it. According to Shawn Achor, the author of The Happiness Advantage, by making smiling a part of our everyday practice, we help our brains create happiness loops that encourage more positive-thinking patterns.

"Happiness is a work ethic," wrote Achor. "It’s something that requires our brains to train just like an athlete has to train." 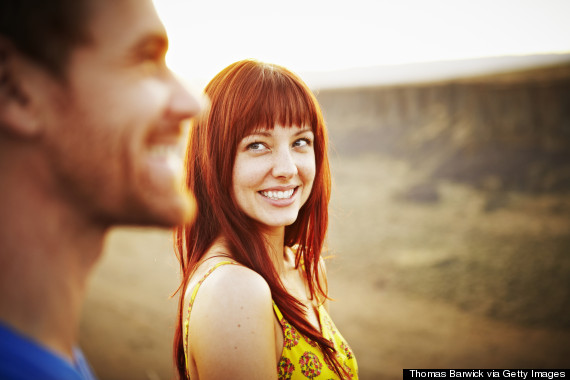 Ever notice how often a friend or colleague will reciprocate a smile after you share one? There's a scientific explanation for that phenomenon. According to neuroscientist Marco Iacoboni, we all posses something called mirror neurons, cells in the premotor cortex and inferior parietal cortex that are activated when we perform a given action as well as when we witness someone else performing it. And when it comes to smiling, mirror neurons respond to the acts of both seeing and doing.

"The way mirror neurons likely let us understand others is by providing some kind of inner imitation of the actions of other people, which in turn leads us to 'simulate' the intentions and emotions associated with those actions," Iacoboni told Scientific American. "When I see you smiling, my mirror neurons for smiling fire up, too, initiating a cascade of neural activity that evokes the feeling we typically associate with a smile."

Smiles may strengthen the body on a cellular level.
Just as this happy facial expression helps rid the body of stress, smiling can release tension on a cellular level as well, according to biochemist and artist Sondra Barrett. In her book, Secrets of Your Cells, Barrett explains how cells can distinguish between safety and danger, find and repair problems and create an overall sense of balance within the body. She also highlights how a person's thoughts have a direct effect on cell function. When we smile, we reduce the rigidness of our cells, and this physical relaxation can help combat the risk of stress-induced cell mutations that can lead to the development or persistence of various cancers. 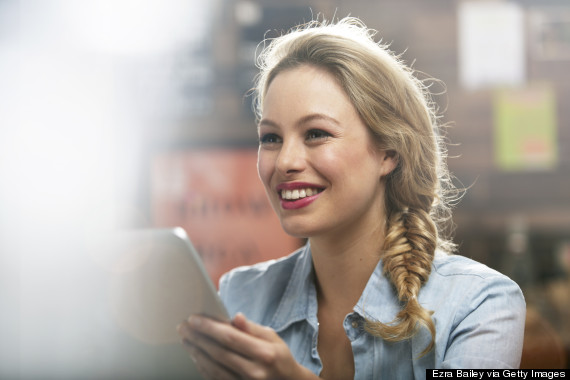 The benefits of putting a grin on your face at the office don't begin and end with a mood boost; that dose of happiness can help make you a more productive employee as well. In 2010, a team of economic researchers found that happiness has a significant and causal effect on productivity in the workplace. And just as the positive emotions prove invigorating, negative ones are equally draining.

Smiling makes you more creative.
This same mood boost can get those creative juices flowing. A 2013 study from the University of California, San Francisco explored this connection in men and found that those who were happier had a more comprehensive approach to problems, improving their ability to think of more solutions than their negative-minded counterparts. The researchers connected this finding to the release of dopamine triggered by happiness, since the neurotransmitter is involved in learning, processing and decision-making. 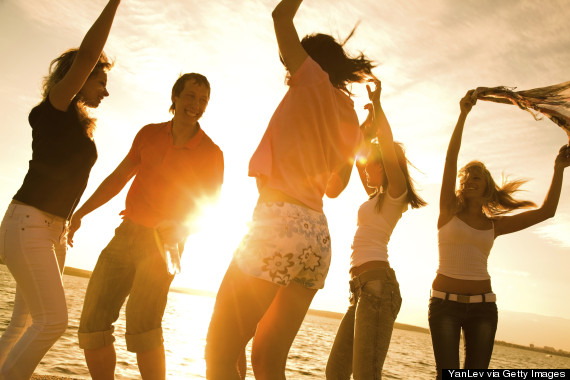 This all-around mood booster is one of the few available to you each day at no cost whatsoever. So why not take advantage of your own power to create happiness?

This GPS Guide is part of a series of posts designed to bring you back to balance when you're feeling off course.

GPS Guides are our way of showing you what has relieved others' stress in the hopes that you will be able to identify solutions that work for you. We all have de-stressing "secret weapons" that we pull out in times of tension or anxiety, whether they be photos that relax us or make us smile, songs that bring us back to our heart, quotes or poems that create a feeling of harmony or meditative exercises that help us find a sense of silence and calm. We encourage you to visit our other GPS Guides here, and share with us your own personal tips for finding peace, balance and tranquility.