WASHINGTON -- The H Street corridor was abuzz with presidential dining chatter on Friday afternoon as numerous unconfirmed reports that a notable VIP would be dining at Smith Commons restaurant started circulating on Twitter and on various neighborhood blogs.

All signs pointed to the special someone being President Obama.

By dinner time, the president's restaurant plans were confirmed: Obama joined winners of a "Dinner With Barack" campaign contest at Smith Commons.

According to the Associated Press, Obama's dinner guests were Kimberley Cathey of Greensboro, N.C., and her husband, Ron; Mario Orosa of North Canton, Ohio, and his wife, Deidra; and Joe Laliberte of Colorado Springs, Colo., and his mother, Patti.

Obama has previously joined winners of the "Dinner With Barack" campaign contest at various D.C.-area restaurants, most recently in August at Mintwood Place in Adams Morgan. In March, Obama dined at Boundary Road on H Street.

The Obama Foodorama blog notes that the contest dinner scheduled for Friday is the final one of the series.

The president and first lady recently celebrated their 20th wedding anniversary at Bourbon Steak in Georgetown.

This post has been updated with information about the dinner. 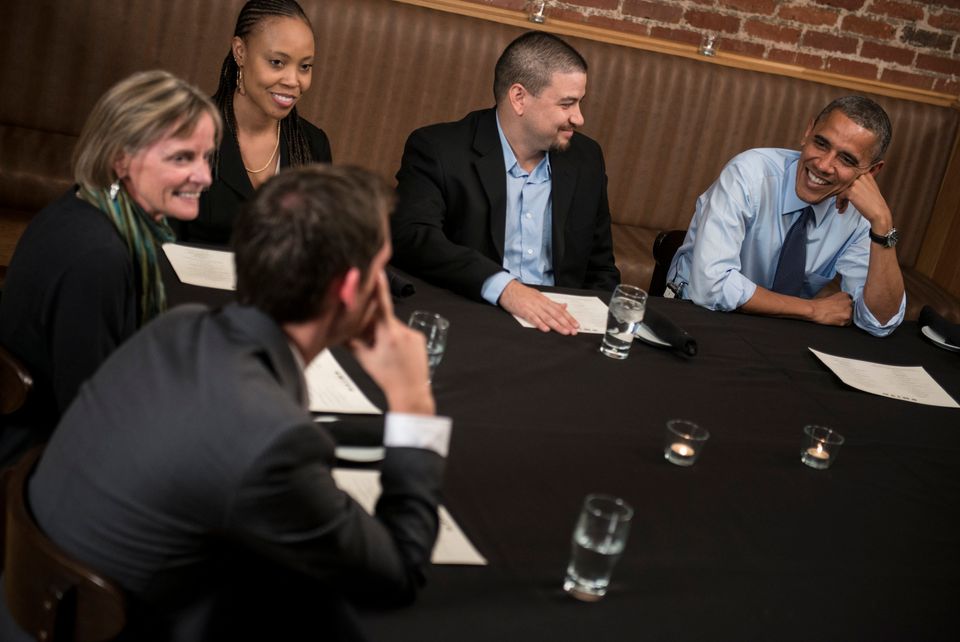