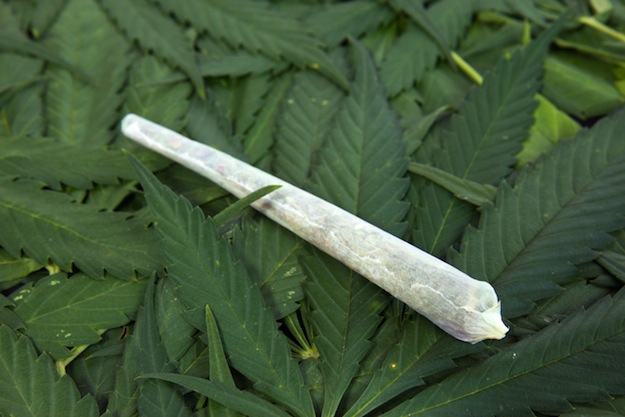 This former Hershey factory in Ontario is on track to be repurposed into a weed manufacturing plant. It's like right out of a fairy tale! Smiths Falls Mayor Dennis Staples couldn't be more pleased, and Canadian stoners everywhere are rejoicing at the prospect of a hydroponic hub, where weed flows like wine.

When the Hershey factory came to Smiths Falls in June of 1963, it brought jobs, tourists, and money to the town. When they shut down the factory, considered "the Willy Wonka Wonderland of Eastern Ontario," the jobs, the tourists and the money left. Now the smell of melted chocolate is being replaced by primo weed and Smiths Falls has a new opportunity for growth.

Ottawa-based medical marijuana company, Tweed Inc. has set its sights on the 470,000 sq. ft. abandoned chocolate factory in Smiths Falls, Ottawa. Location scouting has been difficult because landlords are particularly snooty when it comes to renting out space for "sanctioned drug production." This means jobs, revenue and buzz for the town. For Mayor Staples this is personal and he couldn't be more pleased. His brother lost his battle with colon cancer and medical marijuana "made his last days on this Earth much more bearable."

In June, the Canadian Department of Health said that people were no longer permitted to grow medicinal marijuana in their homes. Instead, they're allowing companies to manufacture and supply the drug. The chairman of a drug panel for Canada's Association of Chiefs of Police, Mark Mander remarked that this licensing was a "tightening up versus loosening up" of drug laws in that it distinguishes "the legitimate from the illicit use."

Over 30,000 Canadians have medical marijuana licenses, and Health Canada estimates that sales of the medicinal weed could reach $1.25 billion by 2024.

To find medical marijuana dispensaries near you, visit this Weed Across America bucket list. Hit us up on Facebook.