Smoked salmon, lox, gravlax -- we'll admit it -- when we encounter a salty, briny, pinkish-orange slice of salmon, we don't care what it's called. We just want to eat it. Most often, we think of smoked salmon as something we encounter on a bagel with cream cheese. But is it called lox? Are they the same? Is gravlax just another fancy word for all this stuff?

Turns out, there is a difference between all these kinds of salmon, and we're here to help decipher it. 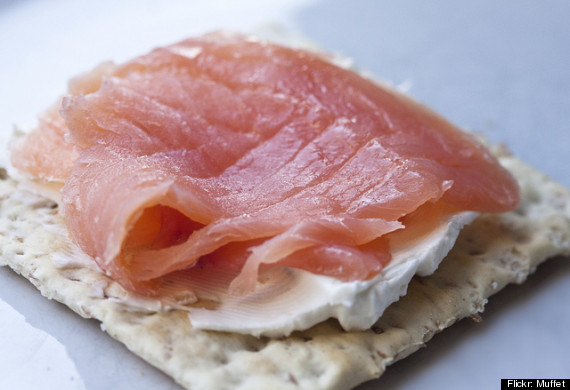 Purists will tell you that real lox can only come from the belly of the salmon, and that it is never smoked. “The original lox is what my great-grandpa sold off his pushcart 100 years ago. It’s called belly lox; it’s a salt-cured belly portion of the salmon," said Niki Russ Federmen, co-owner of cured fish institution Russ & Daughters in New York. Lox is brined in salt for several weeks, which makes it very -- well -- salty. So, come prepared. 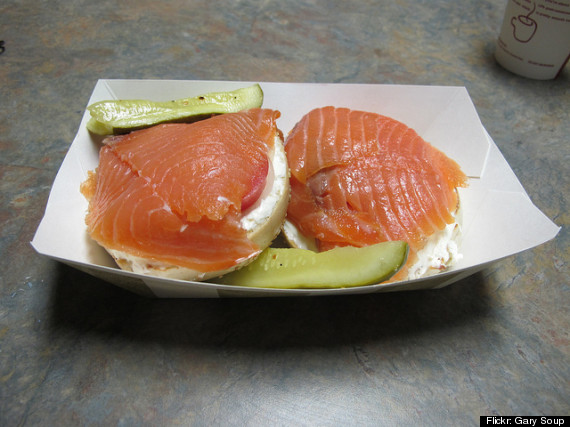 Okay, here's where things get confusing. Although Nova lox sounds like it's just lox from Nova Scotia, this Canadian import is actually cured like regular lox, then cold-smoked. Although, says The New York Times' Melissa Clark, "The name lingers from the time when most of the New York salmon came from Nova Scotia, but really refers to the process rather than the origin of the fish." 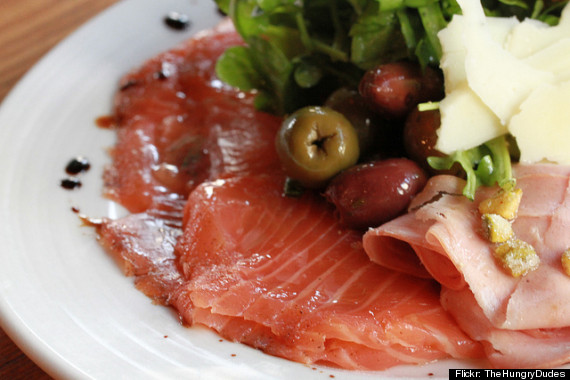 Is this starting to become a bit clearer? Cold-smoked salmon, just like Nova lox, is cured in salt, then rinsed and cold-smoked, but can come from anywhere. Cold-smoking means that while the smoke flavors the cured fish, it doesn't cook it (most cold smoking is done around 99 degrees Fahrenheit). This means that you get the silky texture of lox, with added smoky flavor. 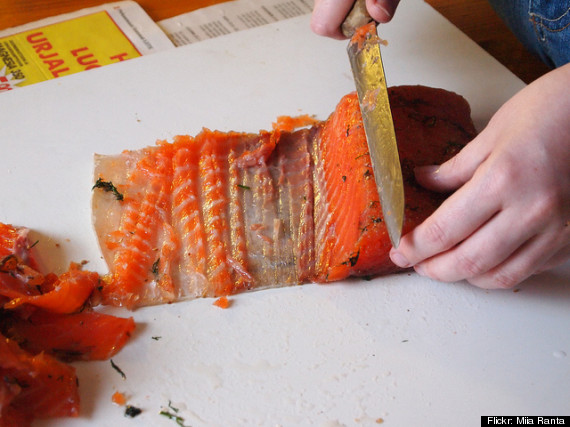 Gravlax can be counted among Scandinavia's many delicious contributions to the way we eat. This is a cured, un-smoked salmon, that is very similar to lox, with one huge difference: spices. The three basic ingredients are salt, sugar and dill (lots and lots of dill). Every gravlax is a little different, but they usually include one or all of the following: juniper berry, horseradish, pepper and aquavit. Gravlax is weighed down while it's being cured, to help draw out all the moisture and infuse the flavors more quickly.

Hot-smoking is what we do when we make barbecue. In the awesome tutorial above, you can learn to make hot smoked salmon, which unlike cold-smoked salmon, gets cooked all the way through and flakes the way a grilled or poached salmon would. Same smoky flavor, firmer texture.