While on assignment in Vietnam a few years ago, I turned into a smoker, at least temporarily. I resisted at first, but my new acquaintances thought I was standoffish. My interviews didn't go very well. So, given all the second hand smoke, I gave in.

I took cigarette offers and, in fact, bought some for others. Et voilà, the conversation began to flow. But I'd come back to my hotel reeking of tobacco smoke nightly.

"So. (Puff. Puff.) Tell me, brother, how capitalism is working out in a communist country?" Puff. Puff. "Yes, uncle, I'm curious about whether a multiparty system will ever arrive in Vietnam? (Puff. Puff.)"

Taking and offering cigarettes is how friends and associates greet each other in Vietnam. It's like a handshake. If you don't shake hands, don't expect the natives to be friendly. 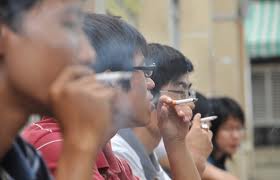 According to the World Health Organization (WHO), more than one in four lights up regularly in Vietnam. Vietnam's Health Education and Communication Center estimated that smoking killed 40,000 people each year and if no measure is taken, nearly 10 percent of the Vietnamese population will have died from smoking-related diseases by 2030. So forget bird flu, smoking is a bona fide epidemic.

"If you don't smoke people will think you're a sissy," said one young man. Another, an upwardly mobile account executive for a fashion magazine told me, "My job demands the ability to drink and smoke. My business is done in bars and restaurants. You got to smoke."

So I'd pretend to smoke as well.

Don't get me wrong. With a degree in biochemistry from UC Berkeley, and having worked in a cancer research laboratory, I'm very aware of the habit's deleterious effects. I puff but, like former President Clinton, I don't ever inhale. I tried, when possible, in one polite way or another to tell new friends and acquaintances about the harm caused by smoking. But most just laughed. "We all have to go at some point," is the general answer.

Statistics show that nicotine addiction is more prevalent in Asia than anywhere else. Asian males consume virtually half of the world's cigarettes. Vietnamese men, of course, contribute to the trend, with some of the highest smoking prevalence rate for men in the world. To be more precise, more than half of Vietnamese adult men smoke, or about 18 million people, and 5% of Vietnamese adult women also regularly light up. But Vietnam is still behind China where 30 percent of the population smoke, according to the latest Gallup poll, and thats' around 320 million people.

Lately the government has stepped up anti-smoking campaigns. The State Movie Bureau, for instance, declared that it will edit any smoking scenes in locally made films, with an exception for "indispensable smoking scenes" like war scenes where soldiers share a smoke. Heroic figures still get to smoke on screen. Ho Chi Minh, for example, was a smoker.

But the regime's anti-smoking campaign so far is largely cosmetic. Among Vietnam's few profitable state-owned companies are beer and cigarette firms. Tobacco taxes, besides, make up more than 3 percent of the national budget.

It doesn't help that Vietnam recently passed a new controversial law, decree 72, which makes it illegal for citizens to share news articles online. So if there's an important news story about smoking and its effects, or for that matter, a fast moving virulent virus, a Vietnamese citizen might risk being arrested if he simply posts it on his Facebook page or in his blog. The police state has the monopoly on the cigarette business in Vietnam, but it pretends to worry about cigarette addiction. In truth, the only thing Hanoi is wary of is an increasingly disenchanted citizenry. 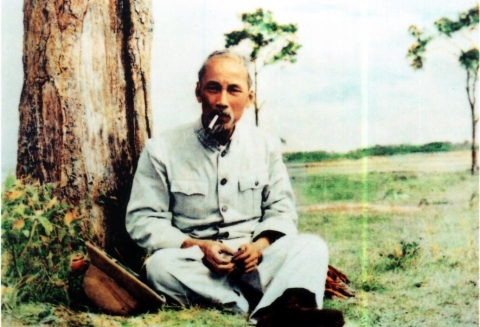 In any case, it's in California where many Vietnamese immigrants learned to quit smoking. One of the most effective anti-smoking campaign ever waged among Southeast Asian refugees was carried out by Suc Khoe La Vang, the Vietnamese Community Health Promotion Project out of University of California in San Francisco.

"Up to 50 percent of the participants quit in the first year," one doctor in San Jose told me. He showed films, charts and documents on how smoking affects one's health and, more important, the health of one's family. One man cried and said he didn't know secondary smoke was hurting his kids, and had negative effects on their mental development, the doctor reported. "He found the strength to quit," the doctor said, "not for himself, but for his children's future."

If Hanoi wants to really change its population's bad habit, it should do more than edit local films, and it should stop clamping down on information sharing. It should also stop its selling cigarettes.

The key is to educate the population on the effects of secondhand smoke. A Vietnamese won't give up for himself, but for his family, for his children, it's another matter.

Meanwhile, I too have a new resolve. Next time when I am back in Asia and someone offers me a cigarette, even at the risk of being seen as standoffish, or even a sissy, I'm prepared to say "Thanks but no thanks. I don't smoke."

Andrew Lam is the author of "Perfume Dreams: Reflections on the Vietnamese Diaspora,""East Eats West: Writing in Two Hemispheres," and, his latest, "Birds of Paradise Lost," a collection of story about Vietnamese refugees in the Bay Area, which is now available on Kindle.c