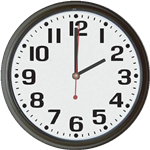 It's only a matter of time before your manager hands you and your team a task unlike anything you've done before. Given the rapid advances of technology, every position requires you to keep learning, if only to keep up with the tools of the trade. Just 25 years ago, desktop computers were an expensive curiosity; now they're a necessity, and we all learned how to use them efficiently lest we fall behind. What's next? Whatever it is, you'll need to be prepared to learn how to use it.

Whatever the new task you face, you have to figure out how much time it'll take so you can use your estimate to schedule and build your to-do lists. So how do you do it?

1. Compare it to existing tasks. When computers replaced typewriters, I recall estimating that preparing a report would take about the same time--maybe even less, since I wouldn't have to retype an entire document after editing and revision. It turned out to be a good estimate. When you receive a new task, check on what you already do that's like it, then use that as an estimate the first time. Once you've actually done it, you can adjust for reality.

2. Consult others who've done it before. Even if a task is new to your team, it may be old hat to others within your organization. Reach out and ask for their advice on a reasonable timeframe.

3. Test it. Before you peg an official time limit for a task, have someone on your team do a dry run with as many of the real factors in place as possible. That, along with practice #2, will give you a baseline to work toward.

4. Take your crew's abilities into account. As team lead, no one knows your people's abilities and working speed as well as you. Consider these factors before deciding on the time limit and assigning the project.

5. Use your best guess. Based upon your experience and how long you've been at the task, take a wild guess! Oh sure, you can create a work breakdown structure and a mind map, with estimated start/stop dates for each piece of the project, but ultimately, it's your intelligent estimate of time that will matter the most.

Remember the days when organizations had the luxury of time, and of making long-term plans that advanced slowly but steadily, like the stately clockwork of Big Ben? Me neither. Speed, flexibility, agility, and change-hardiness are the watchwords in today's organizations, and setting time limits to new tasks is just a small part of that. Rather than guess, use the tools above to pin it down straightaway--and get to work.