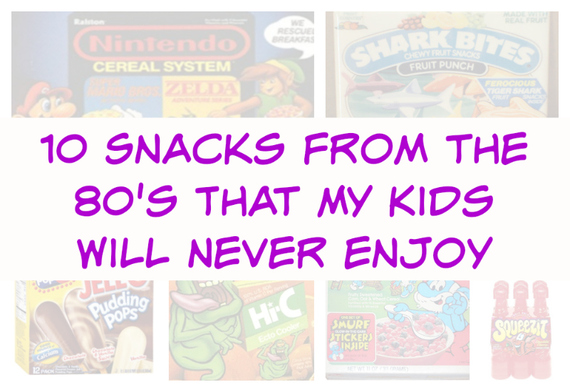 When it comes to food, I normally talk about fun lunches that you can make your kids. I also like to talk about healthier food ideas. However, I was a kid in the '80s and have been a bit nostalgic lately. When you were growing up in the '80s you didn't hear about organic, dye-free, or locally sourced. Most kids I knew were just lucky if they got the name brand snack as opposed to the knockoff. This is the time when you could buy bubble gum cigarettes, and Wonder Bread was accepted as a normal part of a healthy school lunch.

Let's just say we weren't as worried about food allergies or clean eating. As a kid, these are the tasty (and terribly unhealthy) treats I remember that ruled the decade. It's probably better for everyone that they are out of style, but there's a small part of me that wishes my kids could have experience the '80s treats that I did. I'm sure I missed some so let me know in the comments which snack foods you remember with fondness.

10. Smurf Berry Crunch Cereal
in the '80s The Smurfs were a staple of Saturday morning cartoons and cereal bowls. They overflowed with berry flavoring so they more than likely were only 1 percent nutritious, but 100 percent delicious. 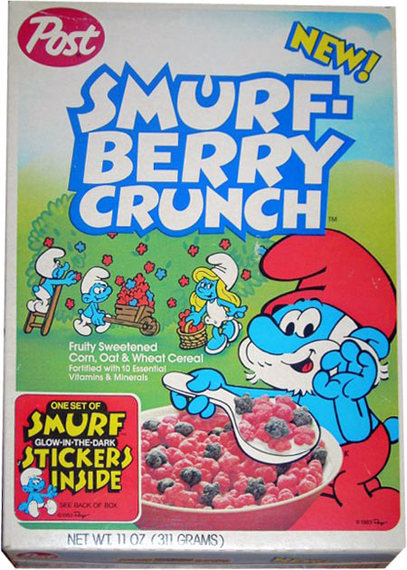 9. Flintstones Push Up Pops
Push Up Pops have been around forever, but the Flintstones flavors have always been far superior. When they mixed the orange flavor with the Nerds. Well, that was sheer brilliance. 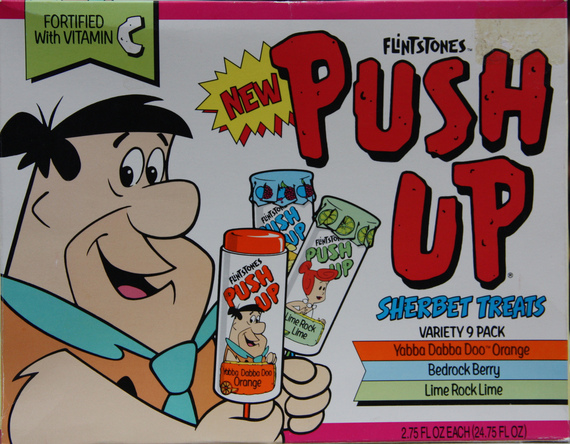 8. Shark Bites Fruit Snacks
Yes, I know these have been remade, but they can't compare to the original. Sure they were filled with everything that was horrible to put into your body, but remember when you opened a pouch and found the great white shark flavor? You immediately went to your happy place. If that happy place involved ocean predators.

7. McDonald's Happy Meals
Before we took notice how bad most fast food was for you, kids were enamored with Happy Meals. But it wasn't really for the nuggets, they could have included tin foil smothered in peanut butter in that box. Every '80s kid knows this was the glory years of the Happy Meal toys. From The Muppet Babies to the Garfield vehicles, no other decade compares. The one toy to rule them all? McDonald's Transformers. 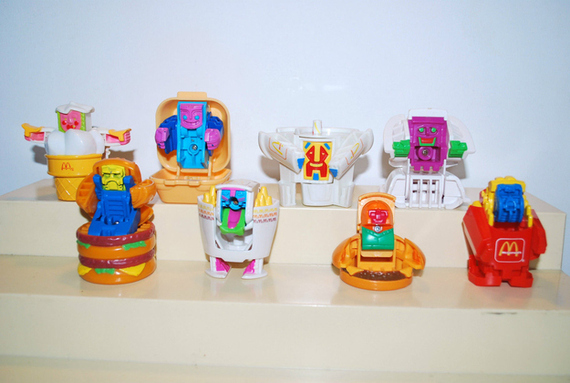 6. Squeezeit Fruit Drinks
I remember moving to a new town and starting school. It was difficult at first, but you know what got me through? Liters of sugar-laced drinks in my school lunch. I always wanted these, but my parents wouldn't buy them (for good reason). I think they felt sorry for me so for one glorious week it was all Squeezeit, all the time. 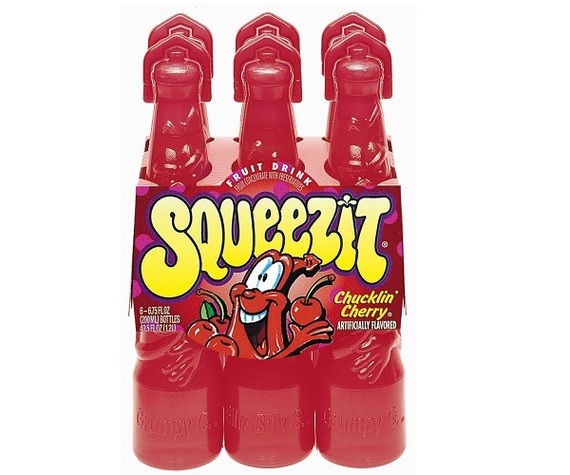 5. Oreo Big Stuff
What's better than stuffing all sorts of chemicals into snack size spheres? How about super sizing it into giant sandwich size handfuls. The only thing as big as the taste was the totally tubular '80s commercial that advertised them. Who wouldn't want to be as gnarly as those kids hanging out, dancing, and eating enormous cookies? 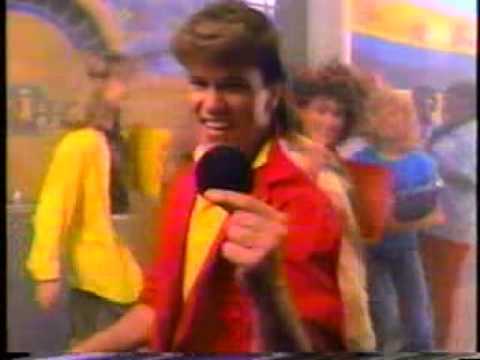 4. Jello Pudding Pops
There's not much to say about these. If there was a choice in the freezer aisle, the go-to was always pudding pops. The secret was eating all the swirl flavor before anyone else got their hands on them. No one wanted to be stuck with vanilla. 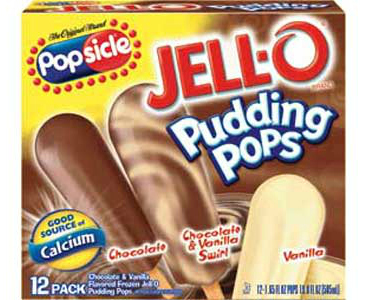 3. Nintendo Cereal System
There are plenty of other '80s cereals that could have been on this list. Gremlins, Ghostbusters, Teenage Mutant Ninja Turtles, and Strawberry Shortcake to name a few. However, the Nintendo cereal beat them all. You got Super Mario Brothers AND Legend of Zelda ... in the same box! Fruity flavored in one bag and berry flavored in the other. They obviously tasted way different from each other. You knew that in every bite you were tasting cereal glory, even if you couldn't beat Mike Tyson in Punch Out. 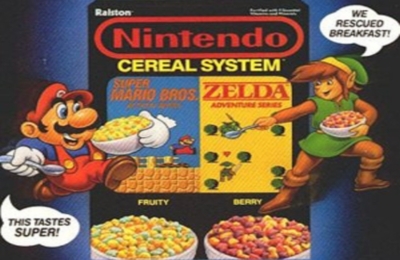 2. Keebler Magic Middles
Soft shortbread surrounded rich fudge, whoever invented these should be given an award. There were probably 200 calories in each one, but we didn't care. You had a sleepover, watched Goonies, played NES, and easily burned through a package of these bad boys. You can't beat that. 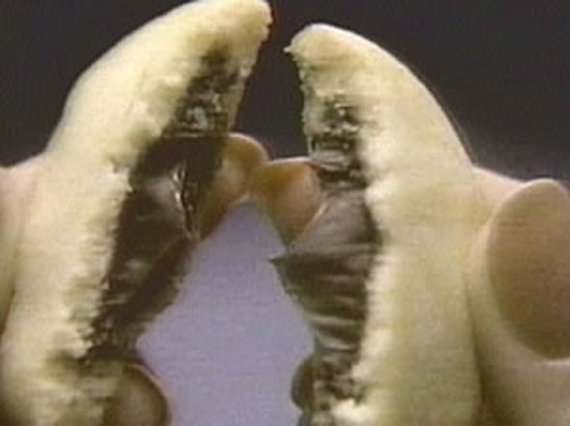 1. Hi-C Ecto Cooler
The Holy Grail of '80s snacks has to be Hi-C Ecto Cooler. Hi-C was pretty amazing by itself, but when they added slime to their 10 percent fruit juice, who knew magic would happen? Maybe it wasn't actually green ... or slime, but it didn't matter. This drink defined the snacks of the '80s for me. What I wouldn't give for just one more box. 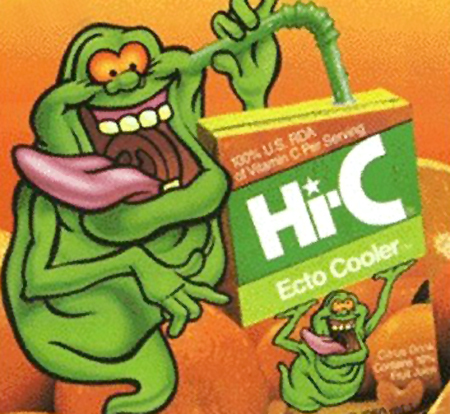