If only there were an online dating site like Tinder or OkCupid for snails. Then Jeremy, a very unusual snail found in an English garden, might have a better chance of finding love.

The mollusk is rare — a one-in-a-million discovery — and his chances of finding a mate will be slim, researchers said. That’s because a genetic anomaly has led Jeremy, a garden snail (Cornu aspersum), to develop a shell that coils to the left, known as a sinistral spiral.

Most snails have right-spiraling, or dextral, shells, said Angus Davison, an associate professor and reader in evolutionary genetics at the University of Nottingham’s School of Life Sciences in the United Kingdom. Davison, who has studied the snail, said that unfortunately for Jeremy, his sinistral shell means that his genitals are on the opposite side of his body compared with most garden snails, making it very difficult for him to mate with dextral snails.

“[Snails] mate in a face-to-face position. Imagine two cars passing each other, driving in opposite directions,” Davison said. “As long as they have their steering wheels on the same side, then they can pass a package between them, across the middle of the road. But if one has the [driving wheel] on the other side, it won’t work.”

Davison became acquainted with Jeremy when a colleague, a retired scientist of the Natural History Museum in London, spotted the snail by a compost heap in Raynes Park in southwest London. Davison couldn’t believe his luck when he saw it, and immediately began to investigate the genetics behind Jeremy’s unique spiral. (The snail is named after the British politician Jeremy Corbyn, who likes to garden, Davison told CBC Radio.)

Davison and his colleagues found a gene associated with chirality, or spiraling, in snails, and discovered that Jeremy had a genetic variant that caused his shell to twist counterclockwise, according to their study, published in March 2016 in the journal Current Biology.

The gene is also responsible for asymmetry in other animals, including humans, Davison said.  Research on these garden snails could help scientists understand how organs develop in specific places in the body, and why they are sometimes “misplaced” or reversed from their normal placement, he said.

In the meantime, however, Davison is trying to help Jeremy find a romantic partner.

“Snails are hermaphrodites, meaning that if they want to, they can reproduce on their own without the need for another mate,” Davison said. “However, they don’t really like doing this, and from our perspective, the genetic data from offspring of two lefty snails would be far richer and more valuable to us.”

So Jeremy’s human champion has turned to Twitter, and is asking people to help the lefty find love. Davison encouraged people either to use the Twitter hashtag #SnailLove or to email him at angus.davison@nottingham.ac.uk to share promising news about potential mates.

Jeremy’s left-spiraled sweetie could be anywhere, but Davison recommended searching potted plants or among shrubs that border roads or fields, where these snails are known to live.

“This is something which everyone can get involved with and which you can easily do on your own doorstep,” he said. “There is a chance, because it is such a rare thing, that anyone who can find and identify another of these sinistral snails may even find themselves named as a contributor on a research paper we publish in the future as a result of this.”

Jeremy The Snail Desperately Needs A Date, And You Can Help
Scintillating Snails 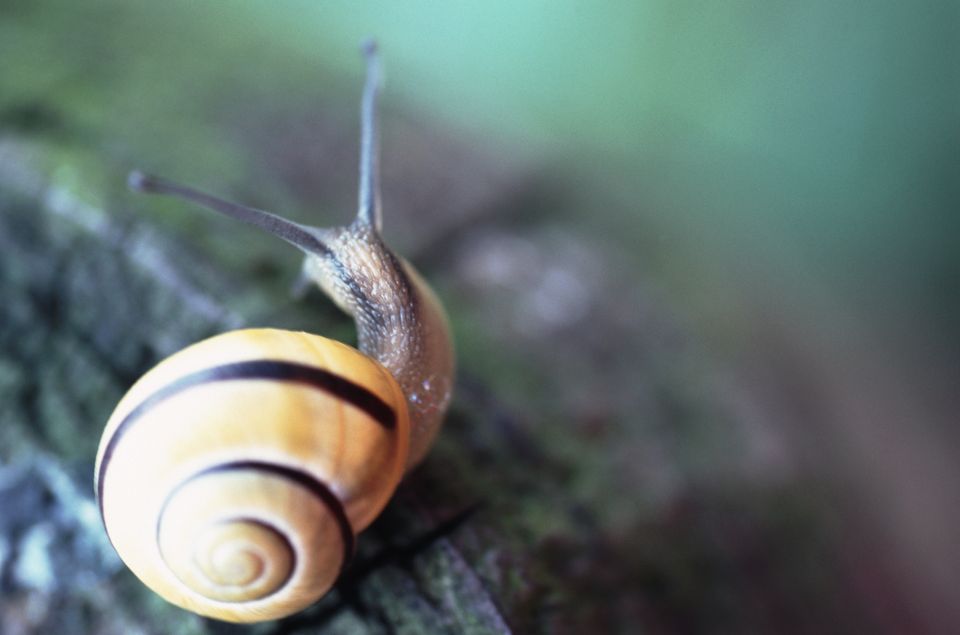