Making sandwiches was never so frightening, it would seem. Late last week, a Reddit user posted an image of what appeared to be a snake baked into a loaf of bread. "My aunt found a WHOLE SNAKE in a loaf of bread," read the description. 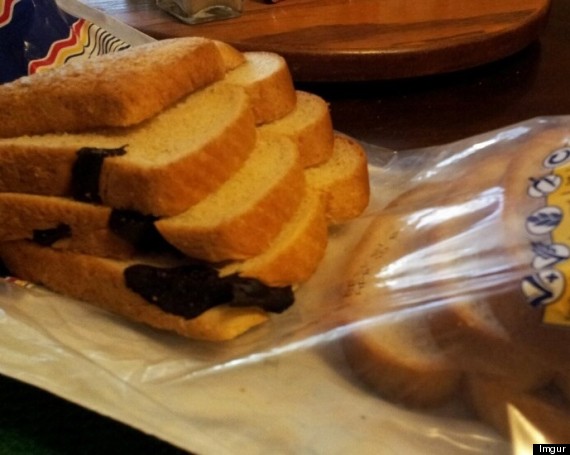 The user, humanimalcracker, confirmed in the comment section that the bread in question was a loaf of Mrs. Baird's, a Bimbo Bakeries property. Mrs. Baird's is popular in Texas and surrounding states.

The Huffington Post reached out to Mrs. Baird's press representative David Margulies, who suggested the image was a hoax. "These kind of claims are virtually never true," he said. "This isn't something where you'd look at it and say, 'Yeah, this could have happened.' ... This is a pretty bizarre claim."

Margulies added that in the 25 years he's worked with Mrs. Baird's, he'd never heard of any incident like this one. He also passed along an official statement from the company:

Mrs. Baird’s Bakeries has a 105-year history of baking the highest quality, freshest products for consumers. This includes responding to consumer questions in a timely manner. Our customer service team has tried repeatedly to identify the consumer who goes by the Reddit screen name “humanimalcracker” to obtain a sample of the product for analysis. According to Marshall Maddox, Vice President of Manufacturing Services, the questionable area of the bread in the picture is most likely burned, residual dough that was baked into the loaf. While this is a rare occurrence, it is not uncommon for consumers to mistake the burned dough for a foreign object. We ask that the individual who posted the picture contact us at 800-984-0989 so we can arrange for an independent laboratory to examine the material in question.

Sadly for carbohydrate-lovers everywhere, we've written about bready Mealbreakers before. There was the U.K. boy who said he found a lizard in his loaf of Tesco bread, the California man who claimed he found glass in his Vons bakery loaf and even a man who hid his used heroin needle in a loaf of bread, which was later found by a mother making her son a sandwich.