I hear Snapchat may be calling me for a date.

Apparently they know how old I am, and they don't care.

Do you, do they, does anyone have any idea how long it's been since I was a person of interest to any media organization?

It's been 18 years since television, which wants the "advertiser-coveted 18- to 49-year-old," cared if I watched.

New media? As if they ever cared.

MySpace fell off a cliff once its users realized their parents were signing on. That's the hole through which Facebook entered the game en route to ruling the world. Facebook now has a Bingo hall full of older users itself, but they're basically an amusing add-on to the young folks who are, yup, advertiser-coveted.

Yet the Los Angeles Times published a long article Thursday laying out a little secret that's been kicking around for a few months: Snapchat, an app that enables teenagers to post pictures of their Starbucks drinks 24 hours a day, is thinking there might be some value in luring older users, too.

As social media news goes, this is like Donald Trump saying he now wants to make Mexico the 51st state.

Personally, I'm not going to get too excited yet. By "older," Snapchat seems to be thinking users over 35, which to me, frankly, falls well below "old."

Still, Snapchat is dusting off some media math that fell out of favor back around the time when "smartphone" meant Maxwell Smart's land line.

Some 60% of teenagers are already signed up for Snapchat, drawn to its instant interaction and infinite capacity for distraction. So the teen market is already in the house, meaning that future growth has to come from somewhere else, which means the rest of us.

To underscore how revolutionary that concept is, you have to remember how media companies really feel about older audiences, which is that they'd be just as happy if we all logged out for good.

When a radio station's audience gets too old, the station simply stops playing that audience's music and switches to something else.

It's been years since a regular radio listener could find music from the 1940s or earlier, even though that includes the golden age of popular standards. It's ever-rarer to hear music from the 1950s or the 1960s. Yo, '70s fans: They're coming for you next.

Television networks kill shows with large viewership because those viewers are too old. NBC did it with Harry's Law, to pick one recent example, and CBS has been doing it for decades, back to the purge of the 1970s that got rid of shows like Green Acres so the network could woo younger viewers.

These days, one of the most-watched shows on all of television is CBS's Blue Bloods. Yet every year it's reported on the bubble because so many of its viewers are 50-plus.

NBC's USA Network and Turner network TNT have been purging high-quality popular dramas like White Collar and now Rizzoli & Isles so they can bring in edgier shows they hope will draw a younger crowd.

It's not personal. That's just how it works, because media companies run on advertising dollars and they make more of those dollars when they can promise X millions of younger viewers.

Yes, in some ways this sounds countertuitive. Older customers almost always have more money and buy more stuff, so why wouldn't an advertiser target them?

Bob Bruno, then the general manager of radio station WOR in New York, explained it like this several years ago: "If my son and I walk into an auto dealership, I'm a much better candidate to buy an expensive car."

It sounds logical. But talk to the advertising community and they'll explain it's not. Mr. Bruno Sr., they say, very likely has been around long enough so he already knows what kind of car he wants. And what brand of beverage he drinks, and what label clothes he wants to wear.

Mr. Bruno Jr., on the other hand, is still pliable. He probably hasn't formed all his brand loyalties yet.

In the long game, then, advertisers think it makes more sense to spend their money wooing Mr. Bruno Jr. with the charms of Toyota, or Pepsi, or Ralph Lauren, or whatever, than persuading his father to switch.

Agree or disagree, that's how the game is played, and it explains why no one in media cares if I watch, listen or go fishing.

So you see why a call from Snapchat would set my little heart all a-flutter, not to mention dusting off a lot of long-dormant nerves.

What will we talk about? Where should we go? What are Baby Lips? What will I wear? Who is Kendrick Lamar? Does my knee replacement make me look fat? 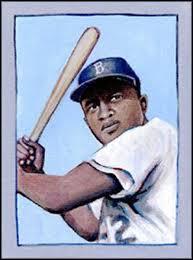