Tech entrepreneurs are creating a hot spot of their own, literally. The purchase of a Venice house for $2.1 million by Snapchat co-founder Bobby Murphy is just one more bit of evidence that the area is earning its nickname of "Silicon Beach." Many startups are headquartered in the Venice area and like their workers to live nearby -- you know, for all those 26-hour work days.

Murphy bought a two-bedroom ocean-view house, which, according to the Los Angeles Times, is "nearly double the median price" for homes in this neighborhood. While we can't speak for what the rest of the 'hood looks like, the 2,250-square-foot architectural home sure is pretty in a concrete, glass and steel way. The home is one of four in a small subdivision designed by architect Larry Scarpa and artist Randy West.

The first-floor bedroom has fully retractable glass sliding walls that open to an outdoor patio. The second floor houses a large open living space with a state-of-the-art kitchen and barbecue balcony. The master suite occupies the entire third floor and there is a rooftop deck with both ocean and mountain views.

Perfect for a 25-year-old whose company just thumbed its nose at a reported $3 billion purchase offer from Facebook, right?

According to The Times, hundreds of apartments in Marina del Rey were recently completed to target the tech crowd -- free WiFi in common area spaces and high-speed Internet available in every unit. 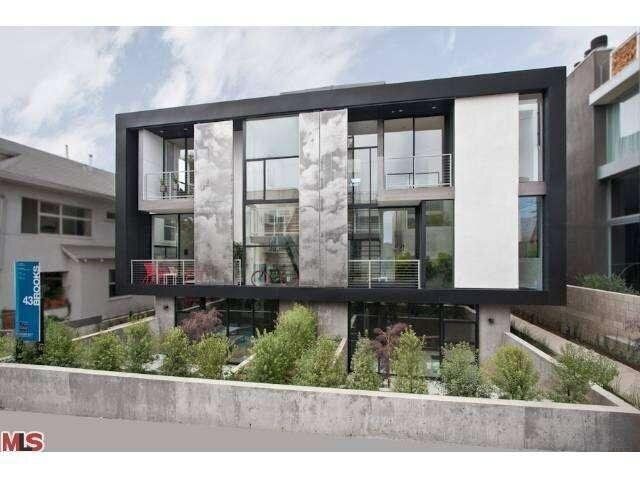