Snoop Dogg has explained why he's voting for Barack Obama. A pro-con list originally by DragonFlyJonez (and posted to Snoop's Instagram account) is full of reasons you're unlikely to read or hear anywhere else on the campaign trail.

Among the justifications for not voting for Romney: "This motherf---a's name is Mitt," "B---h got a dancing horse" and "He reminds me of every boss I've ever hated."

Snoop -- who recently changed his name to Snoop Lion -- is a big Obama fan, though the reasons presented here are equally as suspect (see: "He wears a durag like me"). The rapper-cum-reggae-artist's has endorsed the president before, arguing four years is not enough time to turn things around for the country.

Check the list below, but be warned that there is plenty of graphic -- and incendiary -- language. Click the image to be taken to Snoop's Instagram, where he added the caption "That's y!" 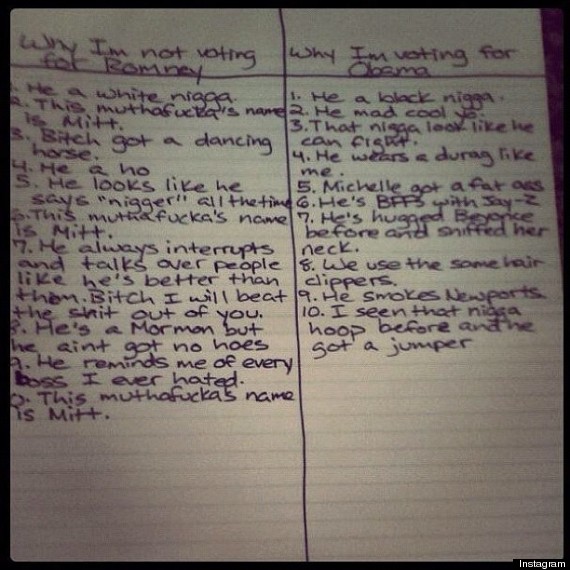