Snooty is turning 67 years old. Were he human, Snooty would be eligible for full retirement. As a manatee, the monthly stipend wouldn't help him much.

Luckily, Snooty's in for something even greater: making it into the Guinness Book of World Records.

Yes, Snooty is officially the world's oldest manatee in captivity.

His mother was pregnant with him when she was captured and brought to the Miami Aquarium and Tackle Company, aboard a capsized Danish warship in Miami's Biscayne Bay.

The story goes that the owners of Snooty's mother were only allowed to keep one manatee under their permit. So Snooty was moved around a bit, and in 1949 came to live at the South Florida Museum in Bradenton, Florida -- where his big, gentle, extremely-whiskered self has been a celebrated species ambassador ever since. 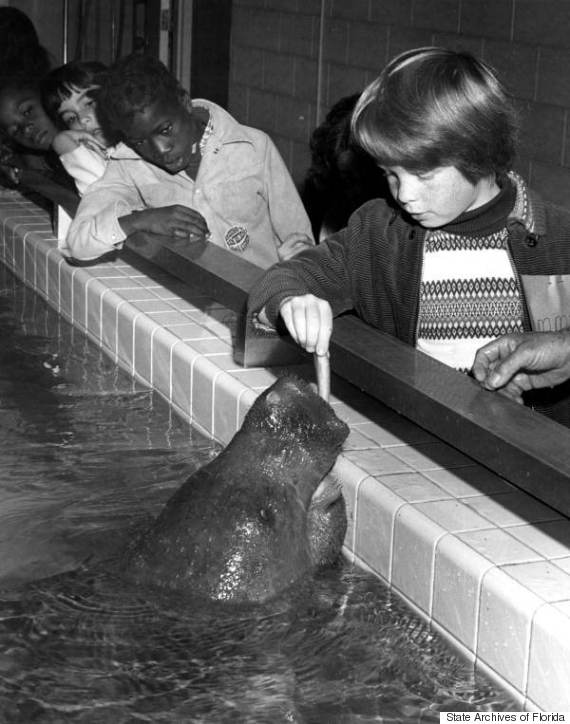 Snooty was but a boy, being fed by a boy, in 1976. Photo: State Archives of Florida

According to National Geographic, the average lifespan of manatees in the wild is about 40 years. Other groups, like the Save the Manatee Club, put that figure a decade lower.

So how did Snooty reach his impressively advanced age?

Martha Wells, development director at the South Florida Museum, said by email that his twice-yearly comprehensive veterinary checkups have probably helped. Not being around the boats or environmental hazards that kill so many of his wild compatriots is another factor.

Snooty's also on a strict diet: Every day, he is fed some 70 pounds of romaine lettuce, plus another 10 pounds of kale, broccoli, carrots and other vegetables. He has a sweet tooth, but only gets the occasional strawberry or pineapple, to keep him at a svelte and healthy 1,020 pounds.

For all the years he's lived, Snooty has never mated. In fact, aside from the occasional manatee who's been hit by a boat or otherwise injured and is sharing his pool during rehab, Snooty is usually swimming solo.

Since the 1973 Endangered Species Act, the only manatees in captivity are "for rehabilitation or because they have permanent injuries that would preclude their survival in the wild. Manatees aren't kept for just display or bred for display in the U.S.," explained Katie Tripp, director of science and conservation for Save the Manatee Club.

Snooty is among those who predate the act, and "are not subject to its restrictions, but have been in captivity so long they are not good candidates for release anyway," Tripp said.

South Florida Museum spokeswoman Jessica Schubick says that Snooty enjoys himself when he has convalescing manatee guests -- as he does now -- or when he does not.

"He's definitely more interested in people than other manatees," Schubick said. "He doesn't really seem to form bonds with other manatees, but doesn't seem to mind them. He really likes people."

Schubick said a nice birthday gift for Snooty would be to come and visit him in person for his 67th birthday party -- being held at the museum on July 18 -- since Snooty loves being fussed over by admirers.

"He does seem to have an interest in cameras," she said.

Wells said Snooty has taught the world a lot about his kind over these unusually many years. Some facts you might not know: These gentle giants have individual personalities, they keep growing new teeth even as adults, they have excellent hearing, and they are communicative and intelligent.

Perhaps most importantly, Wells said, because of Snooty, we now know "that it is possible for a manatee to live 67 years."

It's almost summer and that means road trips! Snooty wants to know: If you got in your car right now - how long would it take you to get here? #traveltuesdayPhoto credit: http://ow.ly/N9Sjs 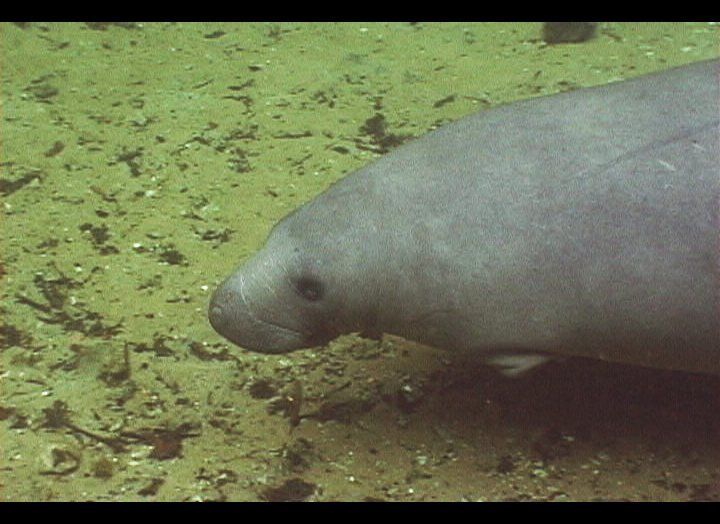