"Snow Flower and the Secret Fan" is a multigenerational story of powerful female friendship. Taking place in both 1829 and contemporary Shanghai, the juxtaposed friendships explore the traditions of foot-binding, Laotong relationships and Nü Shu, the secret language of women. "I believed this relationship," Li Bing Bing told Bay, Laotong is like "the fourth dimension of love."

Arianna Huffington was "deeply moved" by the film's story, Annie Leibovitz photographed the female leads for Vogue, and our readers shared Laotong themed tweets with HuffPost Women. Since the film premiered in Shanghai last month, both #Laotong and #NuShu have become trending topics on China's social media sites, and #snowflower has begun to infuse Twitter. "Snow Flower and the Secret Fan" opens in North American on July 15, 2011.

'Snow Flower And The Secret Fan' Premieres In Los Angeles 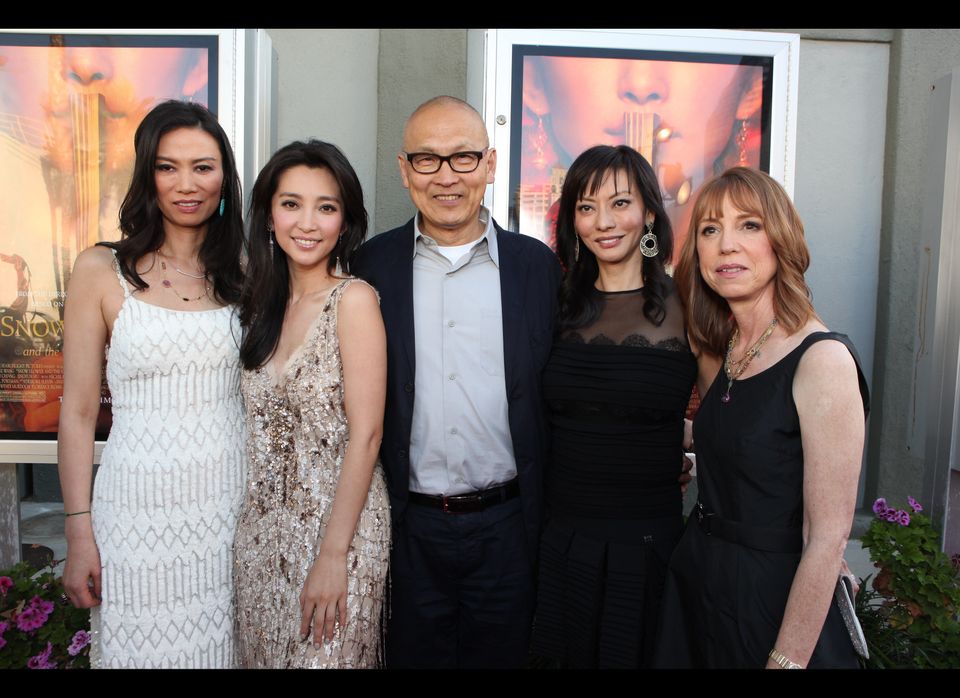