A trio of adorable snow monkey babies have arrived at the Highland Wildlife Park in Scotland.

Born between April 21 and 25, the 3-week-old babies are still staying close to their mothers -- Mang, Djangal and Angara -- and a press release from the zoo says that it might be a while before they venture out on their own. Because of this, it's still too soon for zookeepers to determine the sex of the babies.

The new babies increase the total number of snow monkeys at the Scottish zoo to 21. Highland Wildlife Park, which is located on 200 acres within Cairngorms National Park, specializes in Scottish species and other cold-weather adapted animals from around the world.

Snow monkeys, also called Japanese macaques, live in large groups in woodlands and sub-tropical forests, and are distinguished by their bright red faces and white fur. They are well adjusted for the Scottish climate, as winter temperatures in their native habitats can reach lows of around 5 degrees Fahrenheit.

One group of snow monkeys in Yudanaka, Japan deal with the cold by congregating around their very own hot spring, according to a report by the BBC. 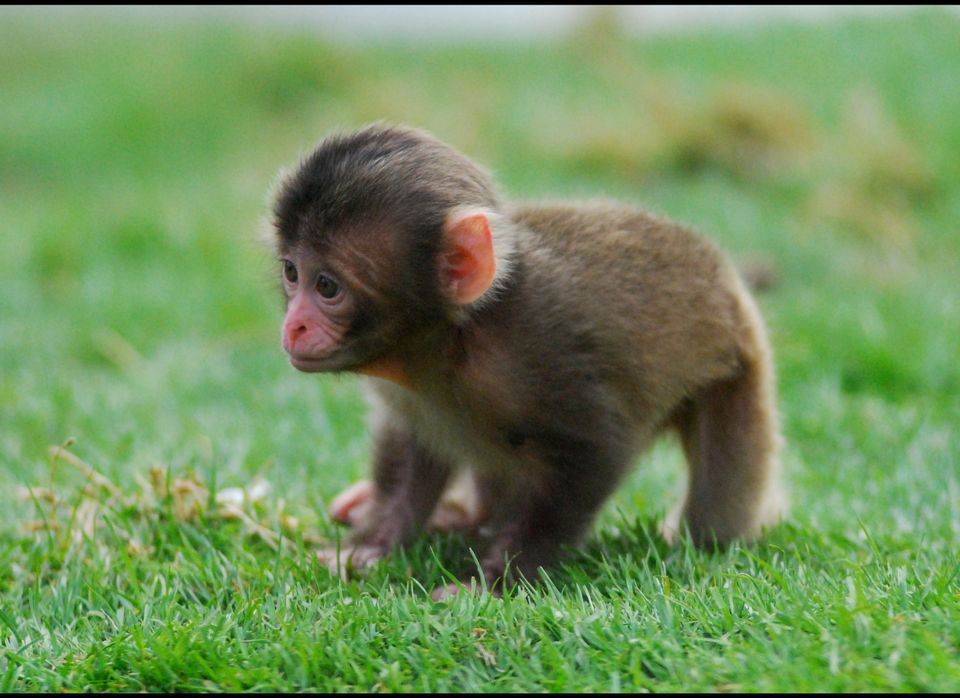