Even at 2, my daughter is wary of risk. She tells me to "be careful" when I stand on a stool and reminds her friends, "don't tip ovah!" when they climb the stairs. You'd think she was parroting our language, but she's not. I've rarely had to tell Ellis to be careful. Just the opposite. I'm constantly encouraging her to jump, leap and tip over all she can. I want her to push her limits, to ride the edge, even if that means falling and failing. Yes, I want my daughter to fail.

When I was a Junior in High School, I got my first A-. I moved in the middle of the year from a small, rural high school where the homecoming king drove a tractor to school to a large, suburban high school with Mercedes on display in the parking lot and name brand jeans in the halls. The transition was jarring and isolating. As a result, my study habits took a nose dive and I got my first less than perfect grade. I handled it like any honor roll brunette who was on both the debate and mock trial teams would: I bawled my eyes out. I begged my mom to let me drop the class and remove the ugly minus sign from my transcript. She refused to sign the form. "No," she said. "This class was your choice. Plus, it's a good lesson in failure. Better to fail now and learn how to handle it, than fail as an adult and fall apart."

I thought her response was impossibly cruel and I spent weeks writing tortured journal entries about the incident. "Doesn't she want me to have a future?" I wrote in my bubbly teenage cursive. "Doesn't she care?" It wasn't my last failure. I was rejected from my first-choice college, I got a B in college Latin (my first) and I had to apply to 10 different graduate schools before I was accepted. And now, I am in a field where I am frequently rejected 10 times before my first cup of coffee. I'm a writer. I pitch editors story ideas and for the first seven years, it seemed that for every "yes" there were thirty "no's." It's getting better now, or I've just stopped counting. Yet, on my bad days, I feel that failure like the 17-year-old girl sprawled on her floral bedspread, weeping tears of anguish. But I wouldn't exchange this life for anything more ego soothing.

In my daughter, I see glimpses of that part of me. I see her caution and her perfectionism. Her desire to do things right and I know, that of all the lessons I want to teach her failure is the first and foremost on the list.

There is a new trend in parenting. The so-called "snow plow" parents come between their children and failure, smoothing their path and easing their way into the world. And I understand this desire, I do. I carry my kid up the stairs way more often than what is good for her. I pad her falls and coddle her cries. But in the end, I know that becoming accustomed to failure isn't just loser talk, it's how character is created. Thomas Edison, the Steve Jobs of a much earlier generation, didn't become a household name by evading hardship. The man took risks. During his many attempts to perfect the light bulb, he famously noted, "I have not failed. I've just found 10,000 ways that won't work."

Parents want their children to be great and achieve their goals, but protecting them from failure only serves to make them mediocre -- willing to quit at the slightest obstacle. A life lived without failure is not success, it's mediocrity. I don't want to teach my daughter to quit or that I will pave her way. I want to teach her to pull back, reformulate and try again and again and again. I think of Madeleine L'Engle, who was 44 before she published her first novel. Or John Keats, who died a "failure." I think of Leland Stanford and the robber barons of California, who became great on a full-on gamble with their last pennies and an unstable railroad engineer. Without risks, without chances and without failures, the Wright Brothers (high school drop-outs) wouldn't have been able to soar.

So, I push her to the edge of her comfort. We make messes. We fall on pavement. And in high school, when she sobs over her flagging grades, I will tell her the same thing my mother told me: "I want you to fail. Better you fail now and learn how to handle it."

And if she doesn't curse me out in her angsty bubbly script, then she's not learning. 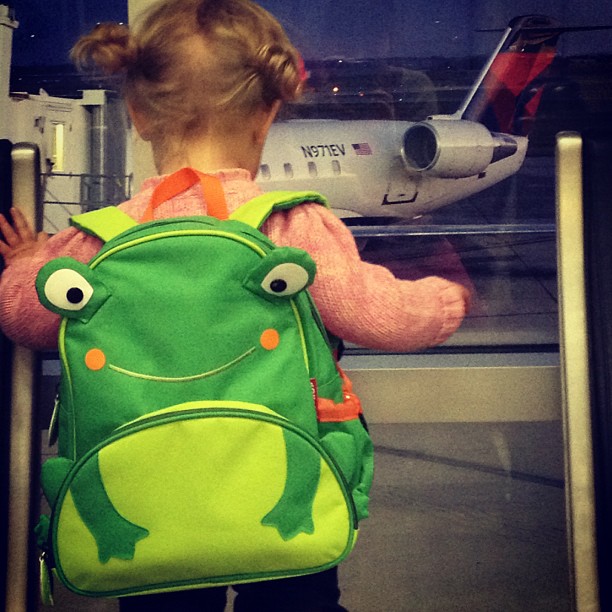 More:
Parenting parenting adviceToddlersparents-toddlersfailure
Newsletter Sign Up
Raise the kind of person you'd like to know
Subscribe to our parenting newsletter.
Successfully Subscribed!
Realness delivered to your inbox