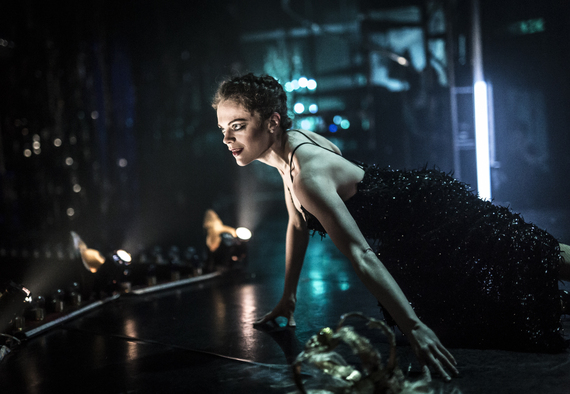 Gliding into Austin McCormick's world is like waking up in a snow globe, perfect in its stillness, better when shaken. His visual artistry and stagecraft is completely magical and in Snow White, everything but white. The darkness of his staging is Weimar, a perfect landscape for the retelling of this Brother Grimm's fairy tale. The poor Queen is aging -- OMG, and with that the fear of future rivals replacing her position of chief intoxicator. And who would that be but little Snow White. 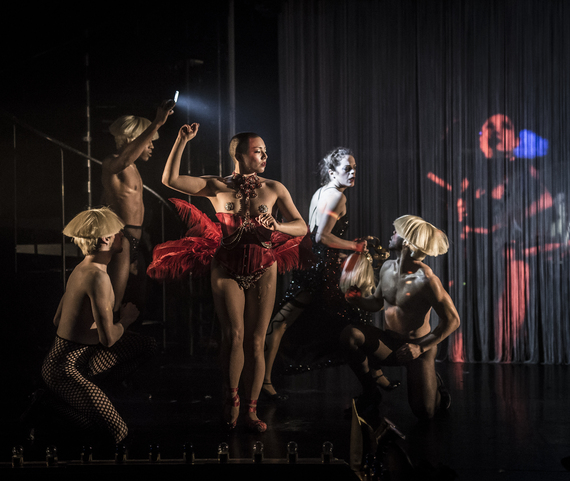 As played by Hilary Bodin, Snow White seems more childlike than sexual rival. She is short, square and muscular while The Queen (played by the excellent Laura Careless) all sinuous moves, should feel no real threat. But alas, the mirror of narcissism tells her she is no longer the ONE, so all efforts to destroy the rival must be put into place.

The original Snow White has many attempts by the evil step-mother to do in her charming competitor, but plot-wise, it felt like one attempt too many. Somewhere it might have been fun to have watched her check in with her shrink instead of another aborted attempt at destroying Snow White, but when she tries to suffocate her with corset ribbons; it is a beautifully choreographed and staged scene.

Marcy Richardson's operatic vocal addition is just how you want to hear a fairy tale sung. A little more air space in the first half might be nice. Between trying to understand all the German and keep up with the furious dance, I was ready for a break and a drink from this mother-daughter trauma tale. 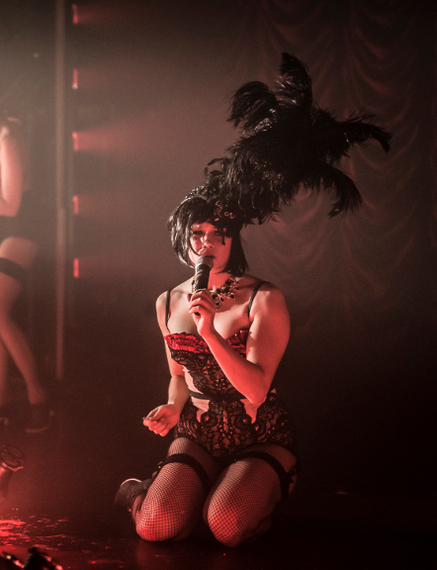 The terrific circus performances gave me just that after intermission; a respite from all the tension. And when the Prince (Courtney Giannone) arrives on a Cyr wheel, all the magic falls back into place.

That less was made of the rescue of Snow White by her male hero is perhaps a true feminist touch. Snow White rescues herself finally by putting her mother away. It seems the Grimm's had trouble with the ending and this ending, too, seemed less dynamic than the rest of the production. Maybe a botched face lift would be more appropriate than a burning. Still, ding dong, the witch is dead and beauty and youth prevail.

McCormick has great taste in music, mixing highbrow with klezmer. Jeannette Oi-Suk Yes, the lighting designer thrills with her magic mirror projections and the glass enclosed coffin by set designer Zane Pihistrom, is the stuff of dreams.