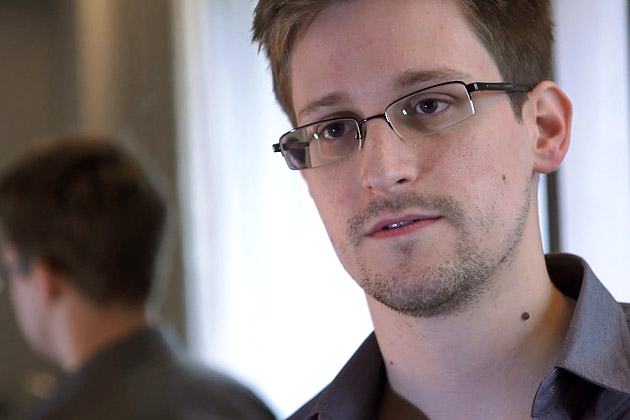 For more than 50 years the U.S. has harbored and trained Cuban exile terrorists who have blown up civilian planes and mounted raids killing innocent civilians and tourists in Havana and other South American countries.

The most famous example of this is Luis Posada Carriles, who Venezuela and Cuba have been seeking for more than three decades for blowing up a Cuban airliner in 1976, killing 73 innocent civilians. It was then the deadliest terrorist airline attack in the Western Hemisphere -- before 9/11.

The reason Venezuela has been offering Snowden asylum is directly linked to the asylum the U.S. has provided to exiled Cuban terrorists. President Nicolas Maduro of Venezuela contrasted Snowden's action with those of Luis Posada Carriles, who is living freely and openly in Miami despite the fact that he is wanted for blowing up Cubana de Aviación Flight 55.

"Who is the terrorist? A government like ours that seeks to serve the young Snowden fight humanitarian asylum against persecution of the American Empire, or the U.S. government that protects political asylum to Luis Posada Carriles, murderer and confessed and convicted terrorist who is requested by Venezuela", Nicolas Maduro said.

I interviewed Posada years ago after I snuck into a Venezuelan prison, against all the rules, and he was quite proud of his terrorist activities throughout Latin American.

Posada told me he was trained by the U.S. Army in the art of bomb-making and was on their, as well as the CIA's, payroll for a number of years. People think the reason that Posada has avoided prosecution is because the U.S. is protecting the secrets he might spill -- tying the CIA and the Bush family to illegal terrorist activities.

Posada was also heavily involved supporting Contra "death squads", which killed elected Sandinistas in Nicaragua in the mid-eighties. At the time, President Ronald Reagan and George Bush Sr. broke U.S. law by deliberately misleading Congress and the CIA about the super secret project.

In 1990, President George Bush pardoned Orlando Bosch, another terrorist, who was also implicated in the Cubana de Aviación plane crash and served jail time with Posada in Venezuela, where the bombing plot was hatched. In that prison interview of mine, Bosch and Posada bragged to me about the numerous attacks against Cuban diplomats and the murders they had organized with an apparent U.S. blessing.

''The CIA taught us everything -- everything,'' Posada said. ''They taught us explosives, how to kill, bomb, trained us in acts of sabotage. When the Cubans were working for the CIA they were called 'patriots.'''

''Now they call it terrorism. The times have changed. We were betrayed because Americans think like Americans.'' "We have decided to grant humanitarian asylum to Edward Snowden to protect this young imperialist persecution, that what he has done is tell the truth," said Maduro at a Declaration of Independence Day celebration in Caracas.

Maduro is the hand-picked sucessor to anti-American President Hugo Chavez, who died in March. Chavez and Maduro were popularly elected. They accused the U.S. of orchestrating the military-led, three-day coup of Chavez in 2002, which was overturned by massive popular demonstrations.

The CIA tried to kill me

I do not claim to be an unbiased participant, since the CIA tried to have me killed after I interviewed Posada and Bosch, according to a former U.S. Attorney Eugene M. Propper in his book Labyrinth, written with Taylor Branch.

After my prison break-in (which resulted in the outings of sensitive information about U.S. and Venezuelan covert illegal activities), U.S. Ambassador Viron P. Vaky informed his CIA agents, and they passed the word to the Venezuelan secret police, DISIP, to "detain" me. "Detain" is a euphemism for the tens of thousands of civilians who disappeared during that period in the custody of the notorious DISIP.

Confusing the picture was a formal request from the Venezuelan government to the American embassy declaring that Fleetwood (me) was a local CIA agent and demanding an explanation of whether my conduct constituted a breach of faith.

I managed to slip out of the country, evading the secret police and the local CIA, who were both looking for me, and published an article which was embarrassing to the U.S. and Venezuela president. I delivered my tapes to the U.S. Justice Department and later testified before a congressional committee.

"We must insist on answers about the disparity of treatment provided him. We must demonstrate that we apply our laws fully and equally without regard to political ideology if we want to ensure international cooperation on terrorism."

Meanwhile, Snowden revealed that he has more highly sensitive documents on how the NSA is structured and operates that could harm the U.S. government, but he has insisted that they not be made public, according to journalist Glenn Greenwald.

Some facts about Snowden's disclosures should be noted:

1. Snowden was not a government employee. He worked for Booz Allen Hamiliton, which might have a breach of contract case against him.

2. A basic premise of criminal law is that "criminal intent" be present for the accused to be guilty of a crime. Snowden never expressed any criminal intent and said he wanted to excercise his freedom of speech in order to let the public know what the government was up to.

3. National Security Advisor Susan Rice has said that the leaks haven't damaged us and that the diplomatic consequences "are not that significant."

4. The majority of Americans, 55 percent, think Snowden is a whistleblower, according to a recent poll by Quinnipiac University. Thirty-four percent of the public think he's a traitor.

At least one serious crime was exposed by Snowden's whistleblowing: perjury. James Clapper, Director of National Intelligence, was forced to admit that he lied to Congress when he said that the NSA "did not intentionally collect data on millions of Americans."

Greenwald said that Snowden has "literally thousands of documents" which are basically "the instruction manual for how the NSA is built."

If these documents are as sensitive as both the U.S. and Snowden claim they are, it seems logical that some kind of deal should be made in the interests of both parties to keep this information from the hands of U.S. enemies.

Snowden's father said that Snowden would return to the U.S. voluntarily to face charges of revealing confidential information, provided he was not charged with treason and that he remain free before any trial.

Greenwald, who is close to Snowden, said that the U.S. has threatened and is "willing to take even the most extreme steps if they think doing so is necessary to neutralize a national security threat."

Snowden, as a form of insurance, has instituted a "Dead Man's Pact," which would allow people access to the sensitive information in the event something violent were to happen to him.

"It's really just a way to protect himself against extremely rogue behavior on the part of the United States... violent actions toward him, designed to end his life, and its just a way to ensure that nobody feels incentivized to do that," said Greenwald.

By taking such a hard line on Snowden's crimes, in views of polls calling him a whistleblower, it appears that the Obama administration is guaranteeing that more serious, perhaps harmful, material is revealed -- a self-fulfilling prophecy -- which is in nobody's interests.