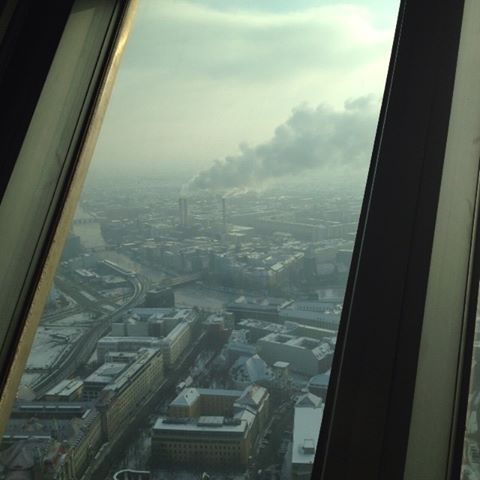 I attended a two-day conference in Berlin, "As Darkness Falls: Theory and Practice of Self Empowerment in the Age of Digital Control." It threw me into complete distress.

Sometimes it's entirely necessary to speak behind closed doors. I remembered the women's activists international meetings, where activists from all over the world told each other of personal experiences of killings torture and rape. How we would share sorrow and empathize, befriend formal enemies, and make exit strategies, then cry in a final catharsis.

But here in Berlin, after the angry speeches of hackers, cypherpunks, activists, philosophers of communication, coders, I could feel my Internet optimism crumbling. The Snowden case placed a dark, troubled perspective on our post-Internet era.

It's covert surveillance and violated privacy, versus freedom of speech and the public visibility of citizens. As an addicted activist and internet user, I was cordially warned against using almost every service I've already been cheerfully using for years. 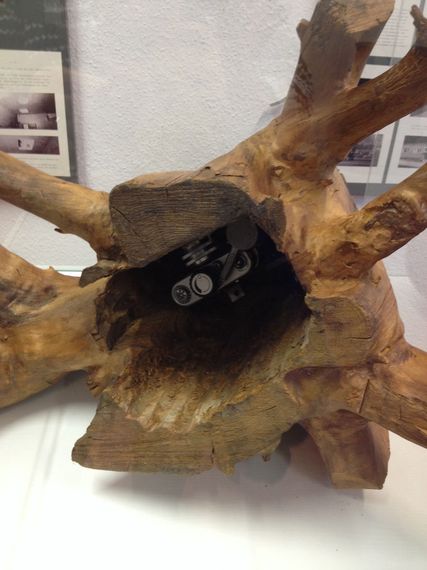 How to stay connected and publicly visible, without being controlled, used and abused by the metadata corporations and the secret police scanners? Sure, some computer-security experts know all about these issues, but my friends and feminist activists are still digital beginners! I had to stare in dread into the screen of my own beloved laptop, as my Facebook profile suddenly erupted with unsolicited posts thrown my way by sinister algorithms I've never heard of. During the event, my Mac Air suddenly crashed, then came back to life displaying the date: January 1, 2012. Wasn't that year supposed to be the end of the world? Maybe the year 2012 was just the Armageddon for the free and open Internet, and now it's already 2014!

Is this big-data Internet of 2014 -- the new post-digital, post-Internet -- an oppressive system entirely typical of failed and managed democracies? Will the post-Internet become the main antisocial weapon for a future neo feudal totalitarian regime. Or is there is a way of saving the precious democratic values and structures of civil rights, so often casually routed-around by the Internet? Did we "empower the individual" so much that our states and nations failed, and now we're nakedly exposed to the secret police and the machines of the globalized ultra-rich?

Dystopias are always more convincing than utopias, skepticism has stronger words than optimism, while Berlin in the winter of 2014 is a place where daylight is precious and rare in the snow storms, with temperatures below freezing.

Nevertheless, cyber-dissidents, political refugees flock here to Berlin to free their floating anxiety, exchange their encrypted codes, help each the intricacies of national laws and to name-check their fellows in prison.

What's more, Edward Snowden is now appearing on German TV, having become a genuine political figure rather than a dramatic refugee. Snowden remarks that somebody may well kill him for one reason or another, but he has no more big bundles of data to reveal to the public. Everything is already public in the hands of the press politicians and citizens and, well, the post-Internet.

It's never easy to become a dissident or a defector. Some cyber-activists and hackers have already cracked up and even commit suicide from the pressures of political activism and legal countermeasures. Edward Snowden seems to be a more solid and inspiring figure than his predecessors and colleagues. Calm and precise as usual, Snowden conveys the message that it is now up to everybody else in the world besides him to do something about all this trouble he showed us.

What can we practically do, besides trembling and shivering in folk-paranoia? Are we empowered enough, maybe too empowered and not well-enough organized? Who are "we," who are our allies, and what is the likely or desirable outcome of this new, global-scale struggle in the long history of mankind? Are we all supposed to become Anonymous activists, smiling at the surveillance cameras in the streets while we strike back from our bedrooms and garages? Or are we are supposed to abandon the keyboards, flood into the roads, streets, and squares, occupy the banks, trade Bitcoins for bread?

Resistance methods are not a recipe for civil law and order. Reading history and theories is never enough, while the world has more than its share of stupid, dangerous, egocentric martyrs. Describing political reality is half way to solving a political problem. The post-Internet is a potentially collective intelligence, but it's also collective stupidity. It is not a machine entirely separate from us, and has always been a mirror that shows us to ourselves in real-time.

After the darkness fell on my Darkness event, I visited the Stasi museum in Berlin. This "museum" is simply the re-purposed headquarters of the Stasi secret police, the administrative center of analogue espionage and surveillance during the Cold War.

Our modern digital spies should be ashamed by the perfection of this system, where everybody was spying on everybody all the time, and even the political prisoners in the secret prisons were forced to inform against their own jailers. Our spies are lazy and slipshod digital button-pushers, mere code jockeys, while the Stasi files were manually written and preserved in big stacks of brown sacks.

When the Berlin Wall fell, the Stasi made a half-serious attempt to destroy its own files and auto-delete itself, but East Germany didn't have enough shredders for that job. I suspect that the monk-like clerks of oppression within the Stasi didn't want to delete their own beloved files: they were spies of the spies! Even today, evidence emerges day by day, as restorers, often using computers, re-compose the hand-torn paper files.

The Stasi devoted an amazing amount of time and energy to spying on itself. For these Chekist spies, their major spiritual crime was their own irrepressible desire to defect to the West, where there was no Stasi; in much the same way that Edward Snowden is probably the worst problem that the NSA has ever had.

When the Berlin Wall fell, the Stasi did not fire a shot to defend themselves, even though their ranks were crammed with uniformed colonels, majors and generals. Most of them seemed to expect that they would go on with the same tiresome work, after a change of costume. It takes a real leap of imagination to realize that a useless way of life can simply be superseded and abandoned.

We like to think that we move pretty fast in these days of the post-Internet, so maybe this twilight struggle of ours won't last for forty years.