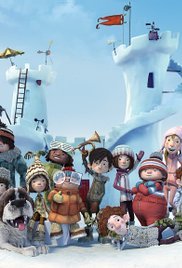 At first glance, this film might seem to simply be about a bunch of kids entertaining themselves on winter school break with a major snowball fight. But, it is packed with some very powerful life lessons and messages. The characters are entertaining and their resourcefulness quite amazing. The film starts out on a frivolous note but takes a serious turn and has some consequences. However, this is when the characters learn about friendship and even more important messages. KIDS FIRST! Film Critic Ryan R. comments, "I appreciate this film because I love how it shows a beautiful, snowy village and the kids in this village having fun in the snow." Morgan B. adds, "...there is a message and everyone will get it. It is one, which we should all know." See their full reviews below.

I loved watching the new film Snowtime. This film is one to watch. In this film, it is winter break and Luke (voiced by Angela Galuppo) and his friends prepare for an epic snowball fight. They divide themselves into two teams. One team builds an amazing snow fort and the other team wants to win the snowball fight to claim ownership of the fort. Watch these two teams go head to head in this snowball fight to see who gets to win and claim the snow fort. Who will win? Who will lose?

I appreciate this film because I love how it shows a beautiful, snowy village and the kids in this village having fun in the snow. I also like the fort the kids make in this movie. I love the characters. They are silly, quirky and sometimes bashful. I also liked their appearance and how they are drawn. The jokes are also funny; this is another great film for kids. I really enjoyed the scenery too.

The moral theme in this film is an important one. Basically, there are no winners when it comes to war. The kids end up learning this lesson. Their friendly snowball fight soon takes an ugly turn which leads to some serious conflicts and a surprise. I think there are other life lessons in this film but that is the main one that stands out for me.

My favorite character is Nicky (voiced by Liz MacRae). When Nicky shares his ideas with his friends, they underestimate him and knock his ideas down. I love that he doesn't allow what they say to discourage him and he continues on his own and accomplishes his idea. I respect his persistence and how he collaborates so well with his friends. I enjoyed how he makes things and they turn out well. I appreciate his imagination. I can relate to him because people sometimes knock down some of my ideas too. But I continue to go forward with my ideas and prove them wrong.

I give this movie 4 out of 5 stars because the animation is great and it has an important message. I recommend this to kids ages 3 to 18. I think adults might like this as well. I also recommend this to people who like family, comedy, adventure and action movies. Mark your calendars for February 19, 2016 when Snowtime opens in theaters.

It is 90 degrees in Los Angeles California and 48 degrees in Colorado and it is winter for another month, with snow falling in other states. What is a group of kids to do over winter break? Have a snowball fight, of course. The group splits into two teams and away we go. The story line is great. We got a glimpse of the backstory of characters and learn what motivates them and makes them who they are.

I have two favorite characters. The first is Sophie voiced by Luchina Paris. She is the older sister and is always coming up with a plan to defeat the other team. My second is Four Eyes because of his crazy glasses. Many of the best parts of the movie are due to his ingenious inventions he makes to keep the fort in his team's control. They are creative and awesome. I would have picked his team just to see the inventions he made - slides, escape hatches, automated snowball throws and traps to keep the other team on their toes. The story line has a bit of a love story angle but seems to fizzle out and is not completed. If they make a part two I hope they continue this story line and leave it with a better conclusion.

The hardest part of having two teams is the fact that they are all really good friends. There are many moments when you see them struggle because they are fighting their friends. It is all in fun but still there is a goal, which is to take the fort from the other team 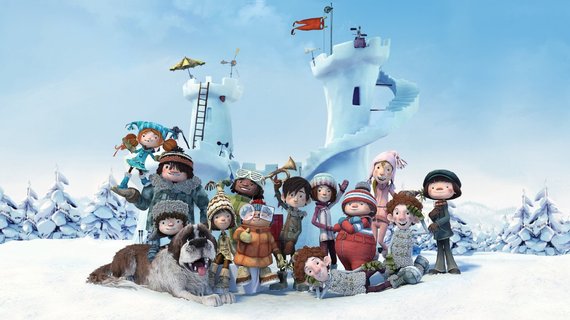 I loved the graphics and animation. It is believable and easy to watch. You forget the characters are animated and look at them as if they are real people. The fort, well let's say it is the most awesome snow castle ever and I would love to play in it.

Most children's movies are fun, cute and quirky and leave you feeling upbeat. This movie left me feeling sad. I loved the movie but I did not like the ending. No spoilers, but I wish they had added more to the ending of the movie. But, there is a message and everyone will get it. It is one, which we should all know, but not one that makes you laugh or smile.

I recommend this movie for ages 6 and up. Younger kids might not totally grasp the story line but they will love the graphics and a good snowball fight.

I give this movie 4 1/2 out of 5 shooting snowballs. This movie is brought to you by Shout! Factory and opens in theaters March 29th. The DVD will be out in the fall of 2016 just in time for the next winter snow fun. 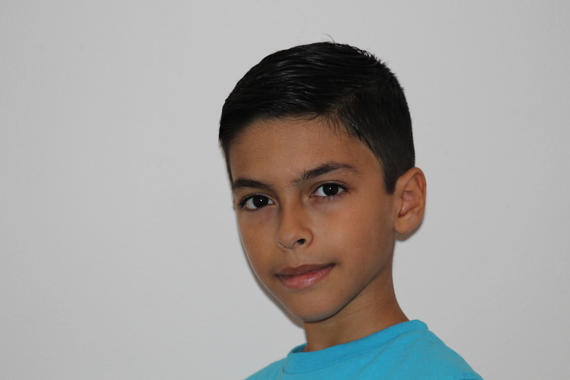 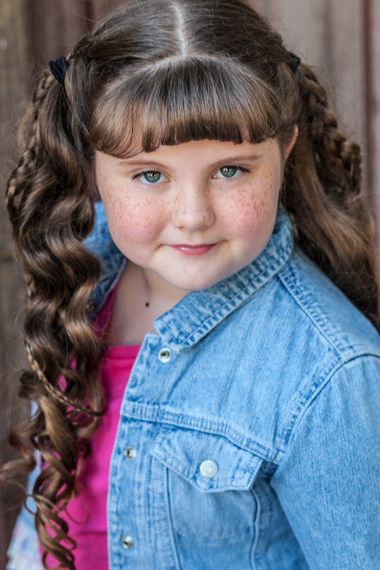