Boston newlyweds Lauren and Aidan Donahue first met while skiing in Vermont in February 2010. Their first weekends away as a couple were spent skiing, and every year since they've been together, they've done one big ski trip out west to places like Jackson Hole, Wyoming. So when they tied the knot earlier this month, they made sure they incorporated their shared passion for shredding the gnar into their big day.

On March 7, the pair got married at the The Equinox Resort & Spa in Manchester, Vermont. The following day they headed to nearby Bromley Mountain for a day-after photo session with their photographer Lara Woolfson of Studio Nouveau. 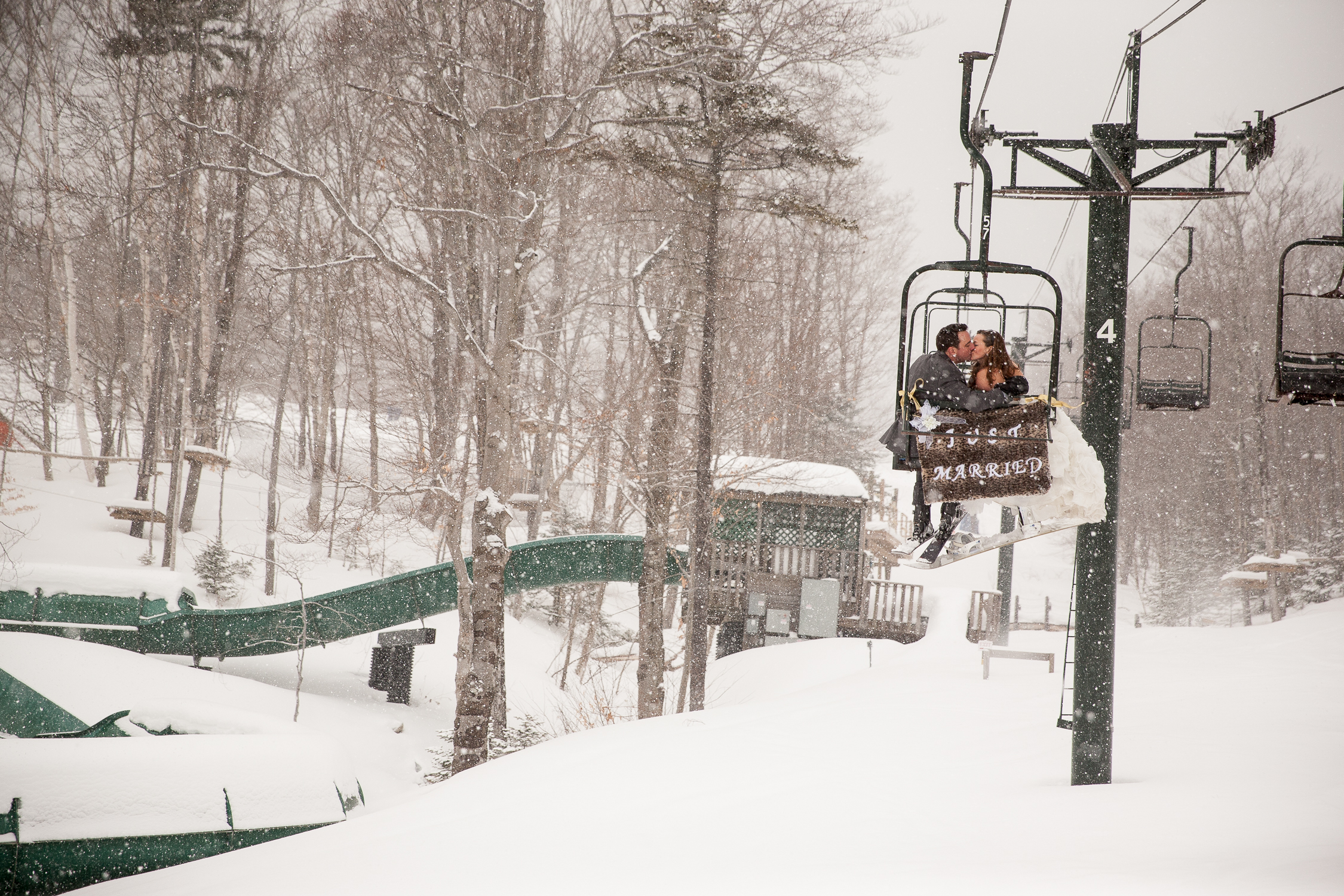 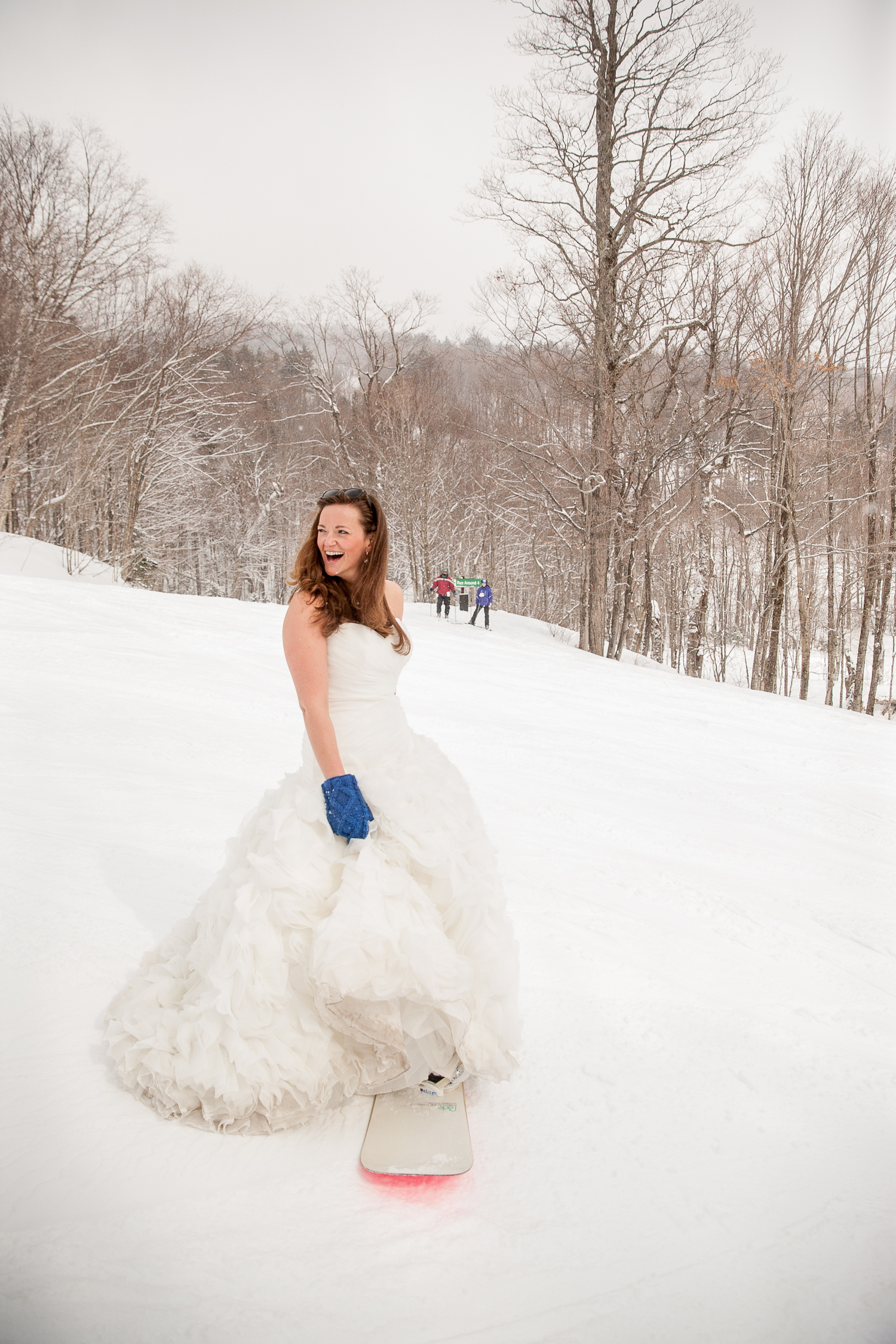 "When we planned our wedding, we wanted the reception to be close to a mountain so that we could ski after," Lauren told The Huffington Post. "We originally wanted to take a run the day of our wedding, but it was a logistical nightmare. Doing it the day after made much more sense and it was so fun to put the dress back on and go out with a bang at the end of the weekend."

Woolfson rode the chairlift with the bride and groom, and then spent the day running up and down the mountain in her boots, snapping photos of the newlyweds skiing and snowboarding. 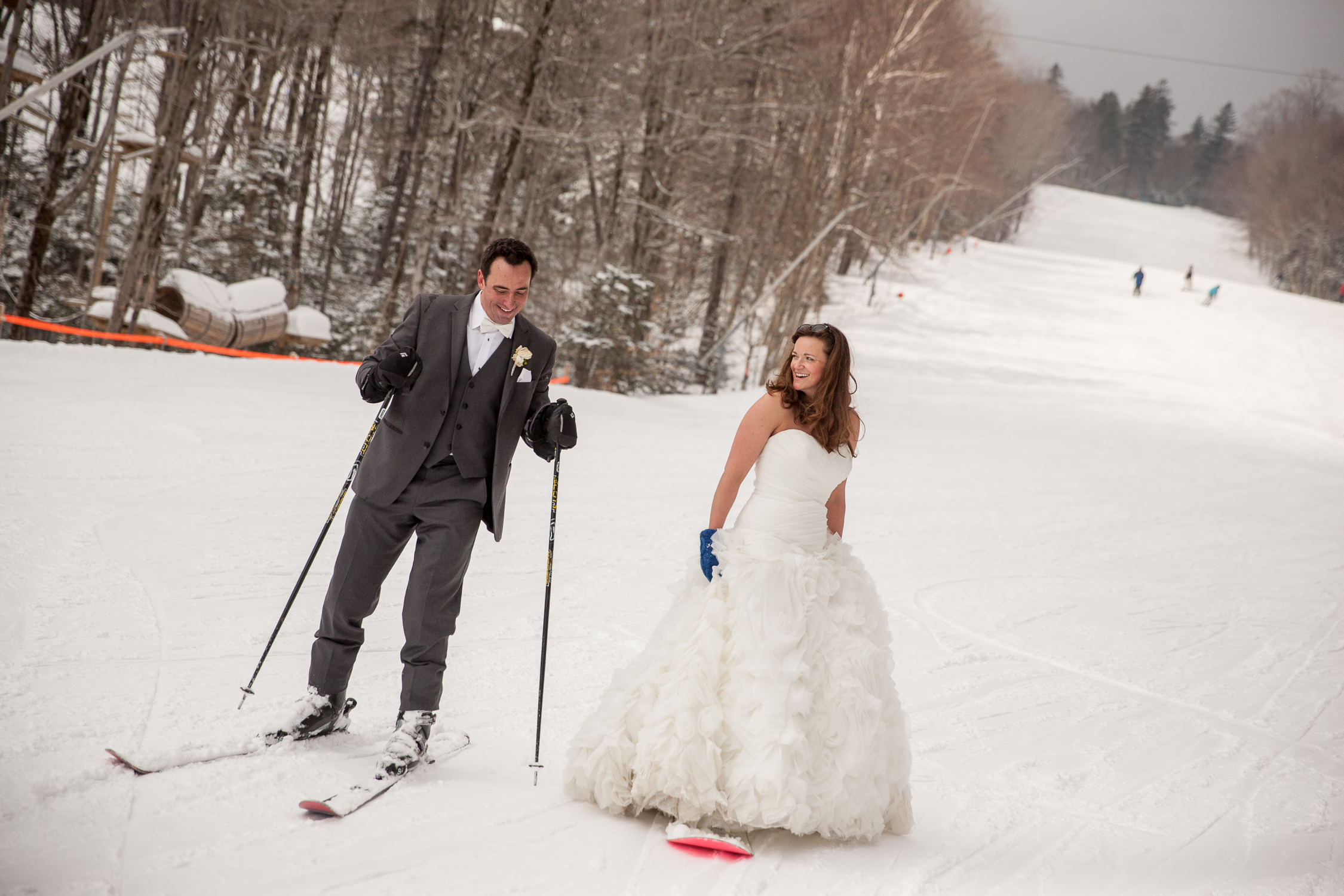 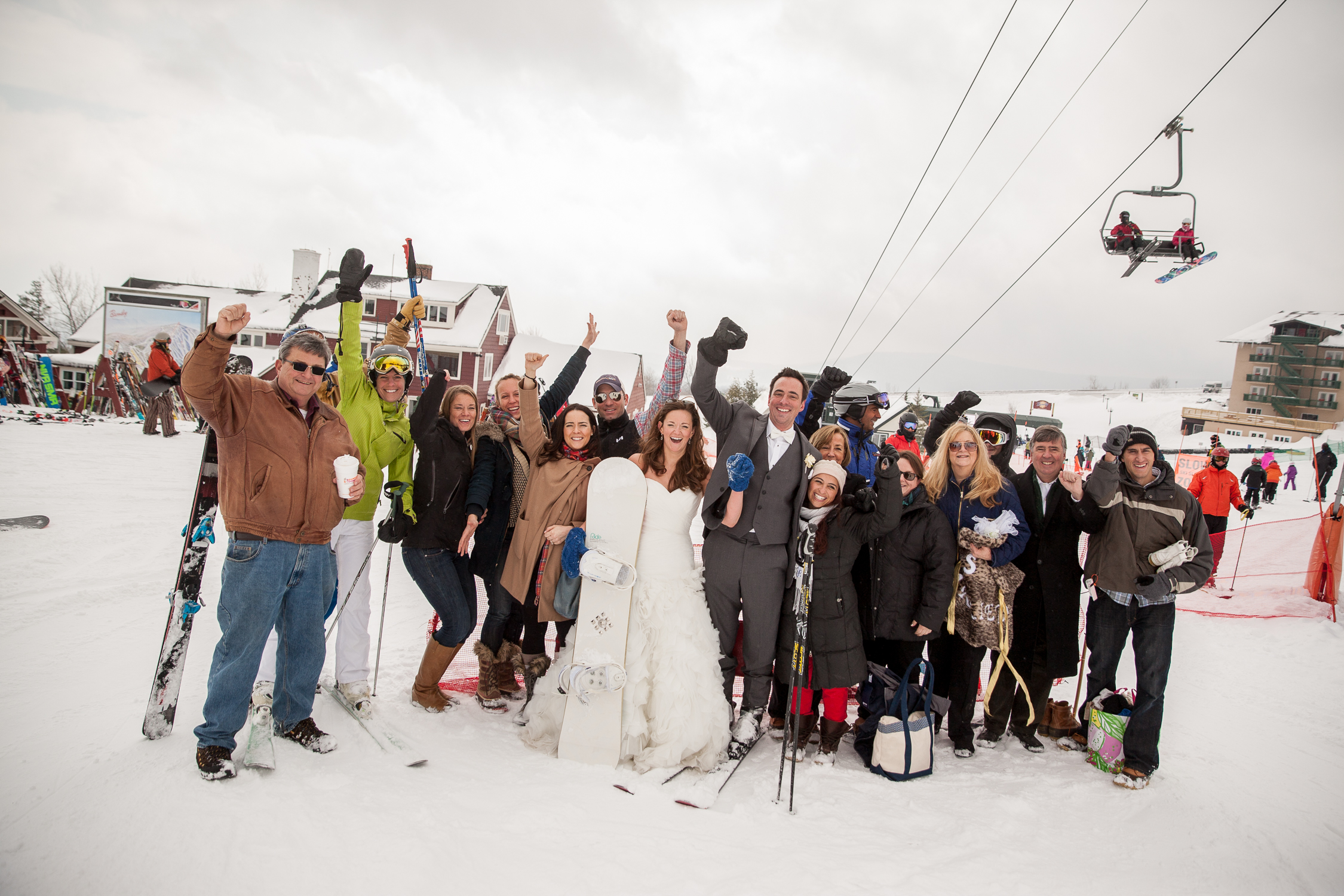 "One of the best parts was getting well wishes and cheers from everyone on the mountain," Lauren told HuffPost Weddings. "Everyone was so friendly and congratulatory. On our first lift ride there was a group of little skiers on the trail below and one of them shrieked, 'Oh my gosh! I think they're getting married!' Their excitement and awe was so adorable and really special."

The Donahues are now enjoying what they call their "surf and turf" honeymoon. They spent the first part of the trip drinking cocktails on the tropical beaches of Turks and Caicos and the second part is now being spent skiing in the Swiss Alps.

Check out more photos from their snowy celebration below: