Michigan Gov. Rick Snyder had hoped to tout the benefits of building bridges between businesses and the state's education system at the Governor’s Education Summit in East Lansing on Monday, but that proved no easy task. His remarks at the annual event were clouded by recent revelations of a voucher-like education reform strategy hatched by a secretive work group led by his Chief Information Officer David Behen.

As the Detroit News first reported Friday, the project, known as "skunk works," looked into designing low-cost "value schools" that would utilize information technology to drive down the cost of statewide education spending per pupil to $5,000 -- $2,000 less than the state's current minimum funding level.

School vouchers are not legal in Michigan. State voters defeated a measure in 2000 that would have allowed school vouchers by amending Michigan's constitution.

Snyder told the Detroit Free Press he never gave orders to his staff to start the project and wasn't familiar with its details.

He later defended the group, saying they were working together to come up with new ideas.

"I don't want people to discourage people from being innovative and creative," Snyder said, according to the Detroit News.

Sara Wurfel, a spokeswoman for the governor, called the project "premature," according to MLive. "We'll look forward to reviewing their ideas and work just like we have that of others,” she told the news site.

"Skunk works" is term that references a secretive World War II-era development collaboration between the U.S. military and the Lockheed Aircraft Corporation. It is sometimes used by organizations as a name for projects with little official oversight.

Under the plan, tuition would reportedly be paid for with a "Michigan Education Card," and extra money could be used by students for activities like online courses or music lessons. The group, which has been meeting since December, includes charter school backers, personnel from information technology companies and several members of Snyder's staff, who used private emails to communicate, according to records acquired by the newspaper. According to the News, the group had also spoken with Bay Mills Community College about establishing a technology-centered charter school.

The group includes employees from the software and tech companies Vectorform in Royal Oak, InfoReady in Ann Arbor and Billhighway in Troy. Also involved is Tim Cook of the Huizenga Group, a Grand Rapids firm that owns and operates West Michigan manufacturing companies, according to the News.

“There are no shortcuts when it comes to quality education,” he said. “You can’t sit kids in front of a computer screen and expect they’ll get the same amount of personal attention and help as they would get from a teacher.”

The effort is also opposed by MEA (Michigan Education Association) President Steve Cook. He criticized the project as a scheme that takes funding from kids to "divert more taxpayer dollars into the pockets of rich CEOs."

“Rather than holding secret meetings with corporate special interests to concoct new school voucher schemes and value-meal education, Snyder should be making the proper funding of our kids' schools a top priority," he said in a release.

During his administration, Snyder has backed a number of initiatives to dramatically restructure public education in the state. He has helped establish a state-run school district with a computer-focused curriculum, known as the Education Achievement Authority, that is projected to grow from 15 to 60 schools in the next several years.

He has also supported the statewide expansion of Schools of Choice, an option that allows school districts to enroll non-resident students --- and take their per pupil funding -- without the permission of the student's district of residence.

The governor has also pushed for a program of performance-based school funding that would allow districts to compete for additional funds based on student achievement. 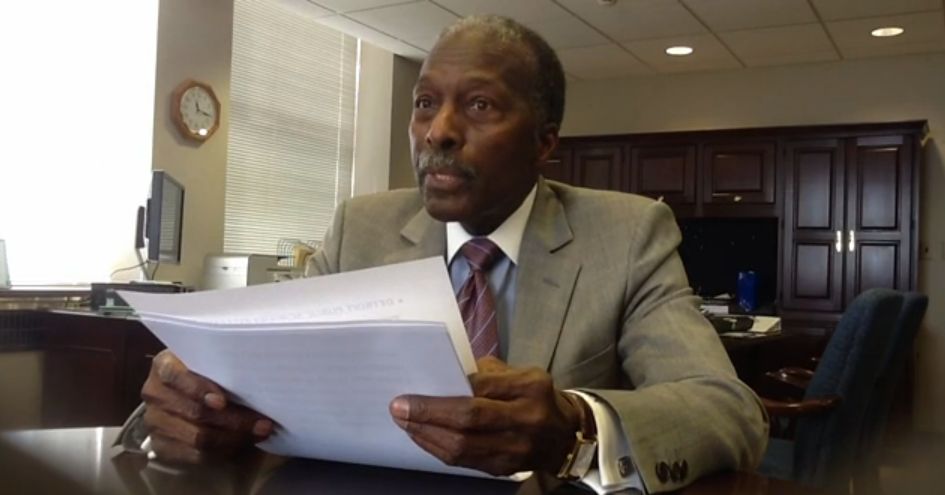