How different is vegan from vegetarian?: originally appeared on Quora: The best answer to any question. Ask a question, get a great answer. Learn from experts and access insider knowledge. You can follow Quora on Twitter, Facebook, and Google+. 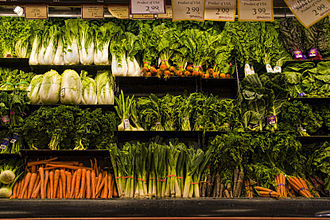 It's important to understand that there is a fundamental difference between [Vegans and Vegetarians] when looking at it from the broadest of strokes.

Veganism is a lifestyle. It doesn't simply dictate what you eat, but your ethics, important political issues, and what products you allow in your home; not just your belly.

Vegetarianism is a term in and of itself, but is also an umbrella term that includes variations on its meaning.

Generally vegetarians are a bigger tent than vegans and the whole premise is based around general agreement with plant-based lifestyles while also not supporting the extreme and hard to follow vegan lifestyle. Vegetarianism is about moderation and wider mainstream support. The idea being its better for as many people as possible to take one step than having very few people take two.

Because of this there are some other diets under the vegetarian umbrella that are great steps but are a separate and distinct thing:

My closing is a public service announcement of sorts:

If you are a vegetarian who eats dairy please refer to yourself as an Ovo-Lacto Vegetarian and when the opportunity arises really spell out to people that not all vegetarians eat dairy.

Finally if you are a person you eats meat like chicken or anything really, even in extreme moderation you do not fall under the vegetarian umbrella. People label themselves for a reason, watering down that label helps no one. Most vegetarians would be very supportive of an omnivore who engaged in restraint to any extreme as a positive step forward. Indeed I'd love to see the term "ethical omnivore" catch on, even if the only step you take is to support Meatless Monday's.

More questions on Quora:
More:
Veganismvegetarian vegetablesWomenvegetarianism
Newsletter Sign Up
The Morning Email
Wake up to the day's most important news.
Successfully Subscribed!
Realness delivered to your inbox