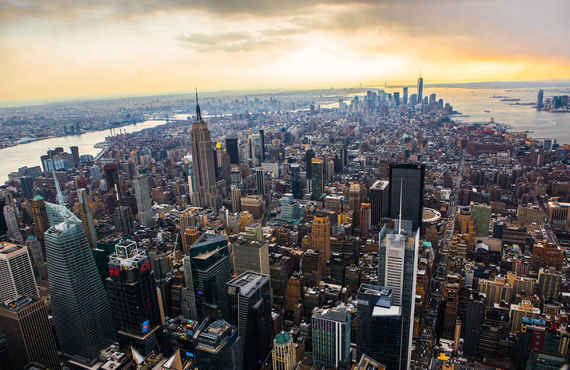 When you look at the island of Manhattan on a map, it looks like a sliver of something, a slab you could pick up and hold in your hand. But though it looks small, it's quite a heavy slab, because it's piled extremely high with a ton of stuff.

Coming up with an exact number is pretty much impossible, and we're not rocket scientists. But using some fast and loose Internet research, we came up with a ballpark number for how much all the crap we've dumped on this island might tip a scale. Check it out.

More: Do Tiny Houses Actually Save You Money? 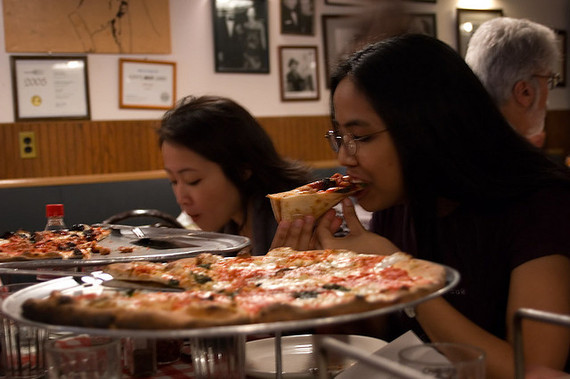 People
Let's start with all us hefty Americans. According to the CDC, the average human weighs around 181 pounds. On an average workday, about 3.9 million people inhabit Manhattan. So at 181 pounds apiece, that works out to 705,900,000 pounds--or 352,950 tons--of people meat. And guess what? That's about how much one (one!) Empire State Building weighs. Take a deep breath. We're just getting started. 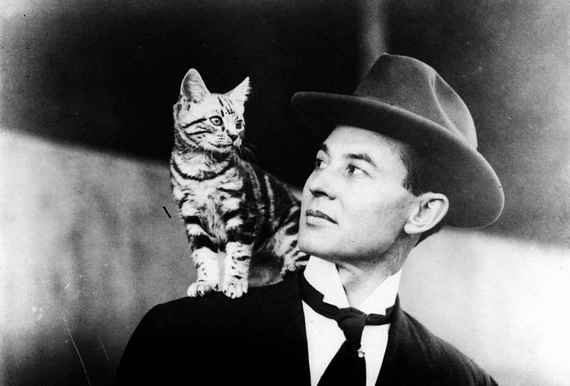 Pets
A ton of these people have pets. The New York City Economic Development Corporation says about 238,500 cats and dogs live in Manhattan (no word on whether they pay rent). We'll go with low weight averages here--since a good deal of NYC pups are little Fifi wiener dogs--so we'll say 35 pounds for dogs and 10 pounds for cats. Assuming a 50-50 split between the species, that's 22.5 PPP (pounds per pet). Do the math and you get 5,366,250 pounds, or 2,683 tons. There's also a zoo and horses and gross pigeons and chubby rats, so let's call this at least 3,000 tons of pure animal. 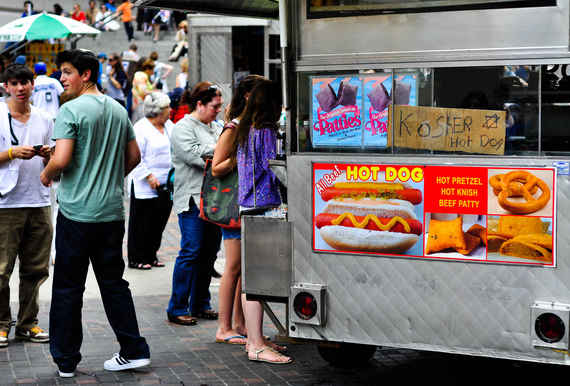 Food/Drink
Every year 5.7 million tons of food enters New York City. We'll say a fifth of that goes to Manhattan, so on any given day there's at least 3,123 tons of grub sitting on the island. Throw in 120,000 tons of agua in those rooftop water towers and you get at least 123,123 tons of food and water. I already drank most of the beer so we can't count that. 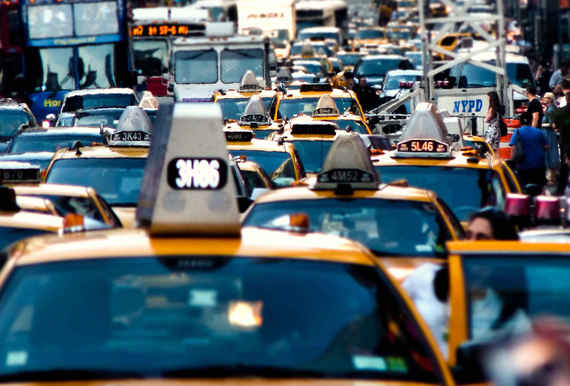 Vehicles
About 23 percent of Manhattan's 1.6 million full-time residents own cars. That's 368,000 whips. We're using the average workday for this little exercise; of the 1.6 million or so daily commuters, about 20 percent drive, so add 322,000 more (lots of people take the subway, but that's underground, and we're staying above land here). Oh, and throw in about 12,100 cabs. We'll use 3,300 pounds as our average weight (based on the aggressively average Toyota Camry).

The total weight, including buildings, roads, and everything else, is only at Supercompressor.com!