It seems like, whenever you've just experienced some form of rejection, there's always someone there saying something like "rejection is protection" or a similar platitude. Generally, this makes you want to punch them in the face, if we're being completely honest.

I think most of the decisions I have made in the past decade were governed by a deep-seated desire to avoid failure or rejection of any kind. I turned down scholarships, courses of study, jobs, relationships and experiences if I thought there was even an outside chance that I might fail. And it made me miserable (read more about how I've begun to transform my life in my post, "How to Stop Hating Sunday Nights").

When I first began the process of transitioning into modeling from my consulting career, I didn't want to tell many people. I figured, if this doesn't work out and no one hires me and I've spent all this time and money on test shoots, I could quietly go back to my job and make a calendar for my husband out of the photos and move on with my life without having to endure the humiliation of everyone knowing that I'd taken a risk and failed.

That hasn't happened. I'm super fortunate to call myself a working model, thanks in large part to the hustle of my agency, TRUE Model Management. 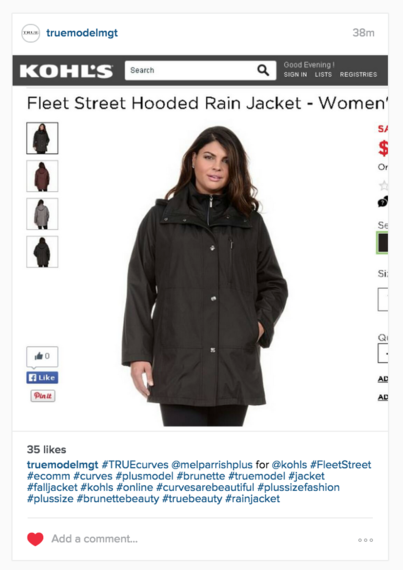 Here is a recent shot from my work with Fleet Street for Kohl's for Fall 2015. One of many great gigs of late! But that doesn't mean that I haven't faced rejection. Not by a long shot.

"You're too old."
"You're not quite the look we're going for."
"You're super pretty, but just not right for us."
"We're really looking for a fresher face."
"Our customer has a shorter inseam."

I hear all of these things and more said TO MY FACE on a regular basis. Most of the time, I let it roll off and the next thing comes along before I've had much of a chance to obsess over one piece of negative feedback. But occasionally, it catches up with me and I have a momentary crisis of confidence.

The best advice I've received on dealing with rejection has come from the Director of the TRUE Curves Board, and veteran Plus Size Supermodel, Alexandra Boos:

There will be bumps along the way. And rejection. Cindy Crawford used to lose jobs to Naomi Campbell and vice versa. No one escapes rejection. It's part of this walk. So anchor in your worth on more: the amazing package of a human being that you are. -- Alexandra Boos

So, when I start to feel a little worn down, I try to take this advice by focusing on the positives. It's not always easy, but like Alexandra says, rejection is an inevitable byproduct of taking risks and trying to lead an extraordinary life. You've got to find a way to push through it.

And then a funny thing happens after you've actually weathered the storm of rejection and come out the other side of it. You feel bold, and empowered, in a way that you didn't before. It's like once you've actually tasted the failure, the worst is over, and you're free.

After a while, you realize that succeeding in any endeavor isn't about having a perfect track record and getting it right every single time. It's about evolving, leaving behind what doesn't work and holding on to the bits that do (or as I like to call it, the "Worst Dressed List" phenomenon). Never again with the leopard, that breakfast left me feeling super energized for the whole shoot, it always takes longer than Waze says it will to get to Queens, holding my chin at that angle makes for really great face, too much foundation under my eyes gives me creases. You live and you learn, and it makes you better at whatever it is you're trying to succeed at. 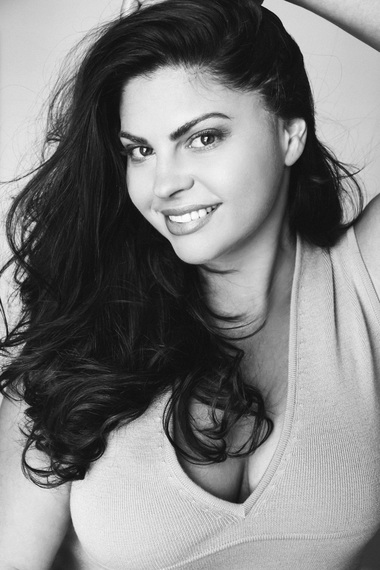 I love this shot by legendary Plus Size Fashion photographer Lily Cummings. I did this shoot very early in my career, and it's one where I learned a lot about myself as a model and my craft. I think that Lily captured a moment where I was really feeling like the total package, as Alexandra encourages us to think about ourselves. I wasn't worried about being perfect in this moment, or whether or not my agency would reject the shot -- I was taking risks, grounded in my worth as a human being, and it made for a great photo.

You've got to push the boundaries and take some risks in order to figure out what's going to take you to the next level. Each time you do, you learn a little bit. Success is a volume game, in that way. A game of aggregated remainders that all add up to your unique legacy.

There is nothing wrong with failing; in fact, it's part of the process of doing incredible things. Destroy, create, destroy, and begin again. Tear it off, wear it down, rip it open, smash it up, layer it on. It will give you a nice patina. So they rejected you? Now the worst is over, and you're free. What will you be capable of once your greatest fear is behind you?