The Dietary Guidelines Advisory Council has completed its recommendations to the federal government on what we Americans should be eating. Though the report consists of 571 pages, I think, for most people, there are three salient points which risk providing the greatest impact on the habits of the nation.

First, the Council reverses an almost 50 year stance on the consumption of cholesterol rich foods -- you can eat them unabashedly again. It then lowered the suggested daily intake of saturated fat. Cholesterol good again or at least neutral. Saturated fat still bad. The DGAC further recommends a tax on sugary beverages as a disincentive for Americans to consume less sugar. Of course, obesity and the diseases associated with increased body weight, such as diabetes and arthritis, have risen in direct proportion to the national consumption of sugar. In point of fact, the per capita consumption of sugar has risen from approximately 18 pounds per year in 1820 to almost 130 pounds per year in 2012.

Finally, the Dietary Guidelines Advisory Council has advised the adoption of a "plant-based diet." Vegetarian and vegan diets, they assert, are beneficial for both health and sustainability. There are two fundamental flaws in these assertions. First, there is no natural plant source of vitamin B12, an essential nutrient. None. Moreover, many other vital nutrients are much less bio-available when consumed from plants.

Most importantly, what about the topsoil? Where are all these wonderful plants to come from? Jared Diamond has characterized agriculture as the, "worst mistake in the history of the human race." As a species, we have gone from expending energy 12 to 19 hours per week as hunter-gatherers to meet our essential needs, to working an average of 50 hours per week in the U.S. to meet those same needs. While Professor Diamond may have dramatized his point, agriculture may well have been a Faustian bargain at best. Paleo-anthropologists often date a group's adoption of agriculture by the deterioration of the health of its members, as evidenced by deformed bones, tooth decay and a diminution of height.

What about the topsoil?

Well, Time magazine in 2012 called attention to the crisis of topsoil. It is estimated that we have 60 years of topsoil left. Forty percent of the soil used for agriculture is classed as either degraded or seriously degraded. Allan Savory of the Savory Institute in his TED talk in 2013, which has received 2,798,634 views (certainly viral), demonstrates that two thirds of arable land on our planet is undergoing desertification. Conventional wisdom assumes that over grazing of livestock is responsible for such desertification. Conventional wisdom also once asserted that the world was flat. Mr. Savory brilliantly states that "conventional wisdom was wrong then, and it is wrong now."

Since the "green revolution" of post-World War ll, farming has been dominated by the cultivation of the monocrops of wheat, corn, rice and soy. Such cultivation has demanded the utilization of harsh pesticides and fossil fuel derived fertilizers. These practices have, in fact, been destroying the world's topsoil. Mr. Savory boldly states that the only solution to the prevention of desertification and concomitant loss of topsoil, is the use of "bunched livestock moving in such a way as to mimic nature." Furthermore, he asserts that holistic farming with the use of livestock is the only method to feed the human population of seven billion or so. 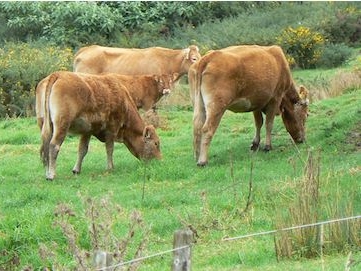 Mr. Savory has demonstrated in his work in Africa and Mexico the centrality of livestock for the feeding of the population and the reclamation of topsoil. Mexico, ironically, was where the much vaunted "green revolution" began with the hybridization of wheat into the modern strain of dwarf wheat. Clearly, the clarion call to a "plant-based" diet by the Dietary Guidelines Advisory Council is simplistic at best, and possibly dangerous both for human health and the very sustainability of the environment the Council purports to herald.

Thus, a "plant-based" diet is likely not very sustainable after all. We must, therefore, view the current recommendations with some much deserved skepticism.