It's no secret that I'm getting married in a month. The generally frazzled look, the messy hair, the hundreds of wedding-planning Google docs open on my computer... there's really no hiding it. 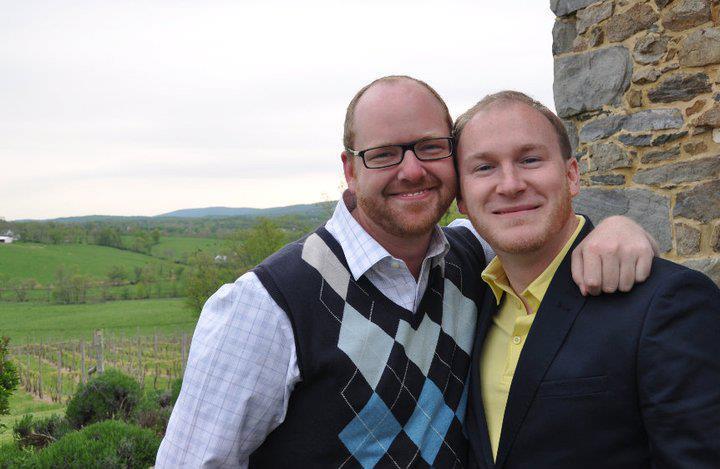 I've always heard that the three most stressful things in a person's life are moving, depression and planning a wedding. I've dealt with the other two, but this is my first wedding. I can happily say that overall it's been a very happy event. A few minor disagreements here and there, but overall it's been pretty smooth sailing... except for one little thing.

We all know stories of direct discrimination when it comes to wedding planning, and maybe we even have friends who've experienced it. A good friend of ours just dealt with someone on Etsy who refused to make a guestbook for them because Jesus didn't want her to. Then there's the recent story of the Washington florist. A gay man went to her regularly, spending lots of money and developing a nice relationship with this florist. Then when it came time for the man's wedding, the woman could no longer take his money. Having zero to do with marriage equality of course, and everything to do with that state's anti-discrimination laws -- the woman is now being sued by the state for violating those laws.

Those are huge infractions, and those business owners who choose to violate state laws banning discrimination against gay people should absolutely be held accountable for breaking those laws. But then there are the seemingly little things.

Nearly every vendor we've dealt with (with the exception of the caterer, who is located in Provincetown and services more gay weddings than straight) has asked us "who's the bride" at one point or another. It's an understandable question -- I realize that gay weddings are a relatively new phenomenon -- but it's nonetheless a constant reminder of the fact that we're still not "normal."

Luckily, we haven't run into any outright bigotry with any of our wedding vendors, so we feel very fortunate. But every time I see a form or am asked for the name of my soon-to-be wife, it's another conversation I have to have. But instead of feeling that shame I spent much of my 20s trying to get rid of, I take it to the next step and ask to speak to a manager, or I simply make a formal request for that company to change the form and educate their employees.

From the time I was a little kid, every movie I saw, every book I read, every TV show I watched featured straight couples, causing me to think that there was something wrong with me. If by asking a company to correct a form or change their phrasing to "what's the name of the other party?" or "what is your fiancé's name?" I can help stop someone from recalling those unfortunate feelings of inadequacy, I'm happy to do it.

At the end of the day, we're in a very exciting time, but it means more work for us, more calling out the things that make us feel "less than," and, most importantly, more patience and assumption of good intent.

The guy who works at Men's Wearhouse who asks me the bride's name isn't intentionally trying to make me feel bad that I'm not straight. If I take a moment to calmly tell him that there's no bride, but that I'm happy to tell him the other groom's name, he may stumble and feel awkward for a moment, but I bet he'll think twice next time he makes that assumption.

Look, it sometimes sucks to have to be the ones who forge new territory, but at the end of the day, we have an awesome opportunity to make the next generation of LGBT people feel more comfortable through some really easy conversations. Speak out when someone says one of those things that makes you feel "less than." Don't be afraid to ask someone to change their form so that it's inclusive of you and your family.

Again, most often, there's no ill intent, just a lack of education or experience. It's up to us to make it easier for the next generation.