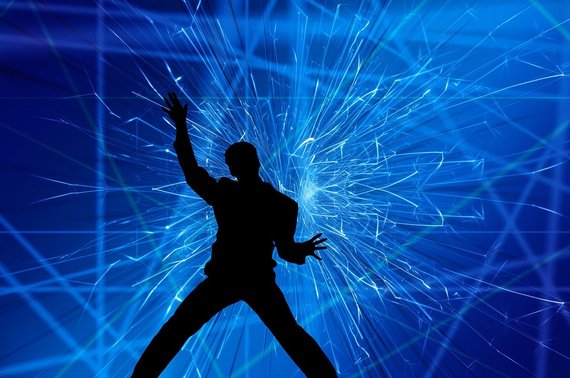 I have always counted So You Think You Can Dance among my favorite TV shows of all time. Unlike other reality competition shows, the quality of the talent has always been without question. No marginal talent ever made it to the live shows, unlike American Idol, for example. That show, for reasons that make no sense, frequently (especially in its later years) elevated those who couldn't consistently carry a tune above others who could, as if those who were better somehow didn't deserve the opportunity. It's just my opinion, but I believe that such decisions helped to fuel Idol's ultimate demise.

Now we have the format change to So You Think You Can Dance. When I first heard about shifting the emphasis to 8 to 13-year-olds, I cringed. My favorite competition show was about to change in a way that I fear may spell its own doom, following Idol into the abyss. I was already disappointed with last season's "Stage vs Street" format that forced better dancers off the show in order to keep "Stage" and "Street" even. But this newest change is worse.

Still, as the May 30th premier rolled around, I watched, hoping that that my assumptions and reservations would prove to be wrong. They weren't, at least not for me.

As I watched the incredibly talented youngsters dancing their hearts out, I wished that I could enjoy it more. I like to watch amazing little dancers who thrill us on America's Got Talent or Little Big Shots or even as guest dancers on Dancing With the Stars. I don't happen to care for my favorite dance show being overtaken by them.

Gone will be the emotional performances of love and loss. Gone will be the sexy dances like the rumba or the tango, or even those heart-touching contemporary routines that deal with life-changing, adult subjects. Gone will be the romance, the connection, the embodiment of life through artful dance. It's not that kids can't emote. They can. But "sexy" from 10-year-olds is just...wrong. Further, any attempt to fake romantic emotion by those who haven't even had a first kiss comes with a creep factor that makes anyone uncomfortable.

I completely realize that dancers who start at an early age grow into magnificent dancers later on. But an undeniable part of dancing magnificence is seasoning. These kids, by their age alone, cannot possess such depth of life. It's not their fault. It's just the way it is, and the result is that the viewer gets a lesser performance than if that same dance number had been executed by those who have experienced the life issues that become the emotional side of performing. I can't count the number of times that producer and judge, Nigel Lythgoe, has chastised contestants for failing to connect with their partners. Now, we are expected to accept that such a connection is unimportant, while somehow gleaning the same entertainment value from the show.

There will be millions of kids and parents who find this new format appealing. Who knows? Perhaps I'm the only one on the planet who is miserable at the change. I just wish that the promotion of talented kid dancers didn't have to come at the loss of all those breathtaking adult dancers we've had the pleasure of getting to know via this show. If there had to be a kids' version of So You Think You Can Dance, so be it, but make it an additional offering, not a replacement.

I guess someone thought that the format change would inject new life into the franchise, but they could have done that with a judging panel change. How I miss Mary Murphy and the round table of guest judges, like the incomparable Adam Shankman, who know their stuff but make me laugh out loud while they enlighten us. I very much like Paula Abdul and Jason Derulo as entertainers and as people. But the trio of Nigel, Paula, and Jason has no chemistry. There is no spark. Even the brilliant Cat Deeley, with her quick wit and overabundance of hostess charm, can't save that panel from itself. But the dullness of the judges didn't matter all that much because the contestants, the all-stars, and the choreographers were still there to give us meaty entertainment fare. With that now gone, what's left?

Sure, they are going to pair each of the top kids with an all-star alumni dancer, but unless they plan to shrink the all-stars, I don't know what good that's going to do. All of the dances will have to be side-by-side, not together, because "in hold" will produce something unattractive. The "pictures" and "lines" that bodies create from such mismatched heights is awkward, not stunning.

So here we are. So You Think You Can Dance Next Generation has launched, and I feel cheated. I wish the kids well. They work hard, and they deserve recognition and respect for their diligence. They didn't make this change and they don't deserve any of the blame for what the show has become. Yet, under this new format, it simply cannot be what it was. Perhaps, for some, it will be better. After all, talented kids have always been a draw. For others, like me, it will continue to be only a reminder of what a great show this once was. And I have to ask "why?" Did the network learn nothing from the single-season of American Idol Juniors?

In a year when so many of my favorite TV shows have been axed, this is especially bitter. The only difference is that I am mourning the loss of something that is still technically on the air. That's strange.

Maybe the season will improve with each episode. Perhaps the judges will find a way to contribute to the entertainment value. Perhaps the charm of the young dancers will make me forget what I'm missing. Perhaps I will be won over somehow. One can only hope.

Meanwhile, I've taped every episode of So You Think You Can Dance since its inception. At least I can watch those wonderful routines, along with all of the old judges' spirited shenanigans, at will. That is, at least, a measure of consolation.