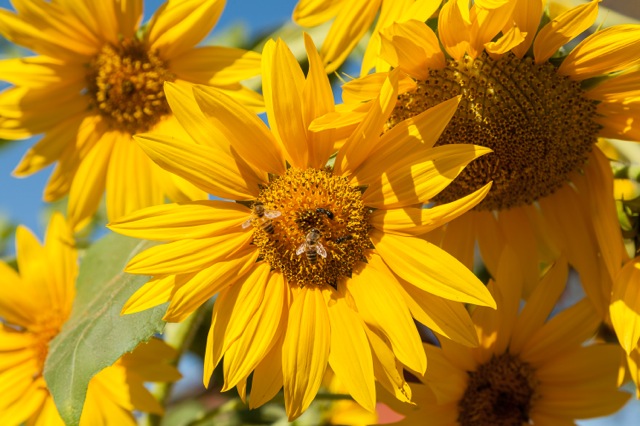 You may have recently heard the buzz about the world's bees disappearing but you're not quite sure what the big deal is all about. "What's up with the bees?" you ask your country bumpkin friends. Oh, you ignorant urbanite! I know your type. I am one of you, raised and hardened in New York City. We can handle truck drivers cursing, taxi drivers speeding and pushy people glaring at us on mass transit, but we run screaming at the sight of a flying insect, especially a fuzzy, buzzing one. Well, it's time we get over our fear and start pounding the pavement for a beekeeping class!

Why do we want to become beekeepers? First, because it's totally trendy and our friends and family will be impressed. Second, let's see what was the other reason? Oh, we can make honey. (More showing off to friends and family. Check!) And, last, and unfortunately most critical is because we all have a bad case of nature-deficit disorder so we don't realize that we are unknowingly killing bees and other pollinators while we sit around indoors watching ridiculous reality television and checking super-drivel on Twitter. How about we show Mother Earth that we still have some brains left, and we've got her back? 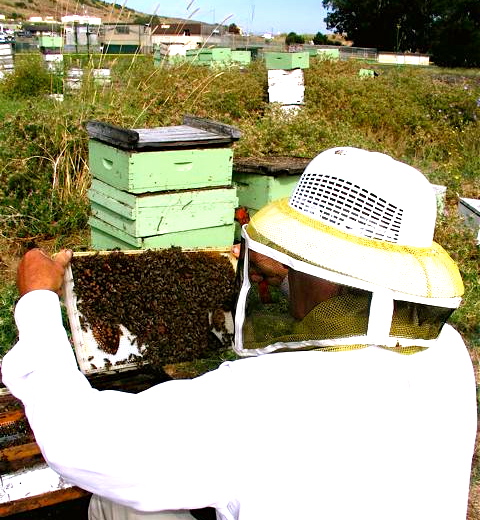 Courtesy of Beekeepers at www.Beekind.com

Here's a brief recap: Though worldwide bee health has been on the decline since the 1990's, it wasn't until the fall of 2006 that beekeepers nationwide began noticing millions of bees vanishing from their hives. "Imagine if every one of three cows died. The National Guard would be out," explains Dennis vanEngelsdorp, Acting State Apiarist for Pennsylvania's Department of Agriculture and research scientist. This syndrome, named Colony Collapse Disorder, or CCD, is characterized by the disappearance of adult honey bees (Apis mellifera) from the hive, leaving the newborns to fend for themselves.

Not a fan of the bee? Why should you care? Well, if you like to eat food, you should be concerned. "While most people recognize the need for plants to be pollinated, most don't know that it's diligent native and honey bee populations that are performing the bulk of this process for many of the fruits, nuts, and vegetables that we depend upon in our diet," says Stephen Andrews, soil scientist and environmental studies professor at UC Berkeley. Besides gathering nectar to produce honey, bees pollinate agricultural crops, home gardens, orchards and wildlife habitat. As they travel from blossom to blossom in search of nectar, pollen sticks to their furry body and is transferred to another flowering blossom enabling it to swell into a ripened fruit. Bees have been doing this (for free!) for nearly 100 million years. 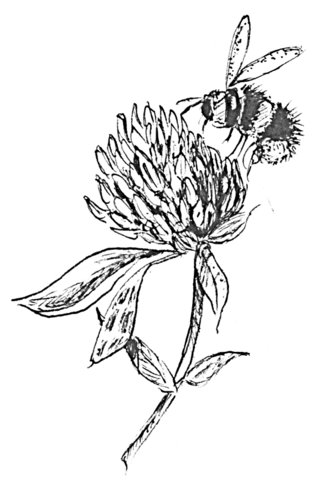 "The state of food production would indeed be bleak without bees to get to the business of pollination," says Andrews. "How many people would honestly want to pollinate a field of zucchini in a day? Yes, bees do that. Or, how about almonds? No bees. No nuts. No kidding."

Three new separate studies released in recent months confirm that low-level exposures to neonicotinoids (a class of neuro-active insecticides chemically related to nicotine developed in the 1980's by Shell and the 1990's by Bayer) synergize with a common pathogen to dramatically increase bees' susceptibility to infection and the likelihood of death. In a historic vote last month, despite immense pressure from the pesticide industry, the European Union (EU) passed a continent-wide restriction on the use of bee-harming pesticides. (To become my star student, visit panna.org.)

Multiple factors are at play in bee declines, including nutrition, pathogens and pesticides. "Science is increasingly pointing to pesticides, alone and in combination with other stressors, as a key catalyst," says Paul Towers, Media Director at Pesticide Action Network. "There is no silver bullet when it comes to protecting bees, and we should take a comprehensive approach to protecting pollinators. But we know pesticides, specifically neonicotinoids, are harming bees and policymakers should be taking immediate action to address this known threat. Bees cannot wait."

According to bee expert Dennis vanEngelsdorp, who has been studying the disappearance of bees for the last few years, the culprits seem to be:
1.Lack of forage on account of drought last year and/or price of corn and soybeans driving farmers to plough under their land (with its bounty of pollen producing plants) and plant corn and soybeans instead.

2.The entire host of pesticide exposures. His research shows fungicides to be really telling. Fungicides come out in testing more frequently then any neonicotinoid and fungicides are not regulated at all. "Sure neonics may be a problem some of the time," say Dennis - "but not all, or in my humble opinion, most of the time."

3. He believes that beekeepers, even the best, sometimes let Varroa (parasitic mites) get the best of them. "Varroa still kill a lot more colonies each year than they should."

Home gardeners can learn which plants to grow in their gardens to attract bees, suggests soil scientist, Andrews. "Our humble bumble and honey bee friends urgently need our help.To give bees a hand," says Andrews," you can put out a welcome mat by creating spaces in your yard for bees to dig-in and settle. Installing bee boxes is also a good option. Last, home gardeners can start by eliminating the use of chemicals in their landscape. Bees and chemicals don't mix!" 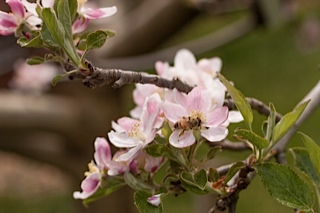 Ready to become a beekeeper? Here are a few places to start:

3. Watch two beautiful documentaries: Queen of the Sun and Vanishing of the Bees.

4. Learn about beekeeping at Penn State.

5. Read about pesticides and pollinator decline.

6. Take the pledge to help the bees.

7. Visit your local farmer or master gardening program to find a beekeeping class in your 'hood. 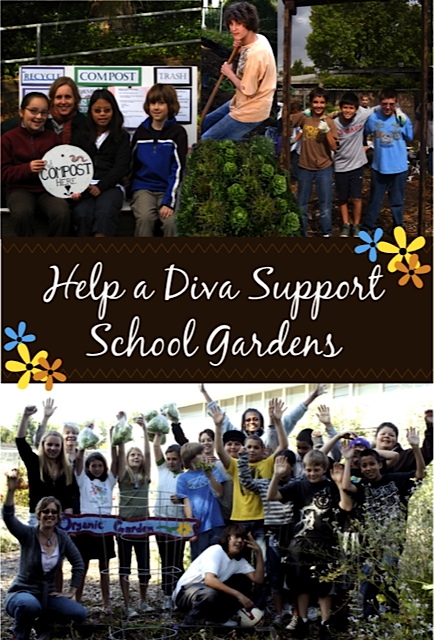