In L.A., Halloween is more about the grown-ups than the kids. And there's nothing that gets you in the spirit of the season like spirits and small plates. The flavors of fall are on full display on menus at L.A.'s best seasonally inspired restaurants. Here are three of the best.

Chaya Venice
At Chaya Venice, Halloween is treated as no less a culinary holiday than Easter or Thanksgiving. Even the drinks -- the Haunted Spirits, as they so aptly call them -- get into the mood. The Frankenstein's Ex-Wife, for instance, features Luxardo cherry-stuffed lychees that resemble a pair of eyeballs garnishing the rum-based cocktail. The Twerk or Treat, meanwhile, is topped with a candy spider web. 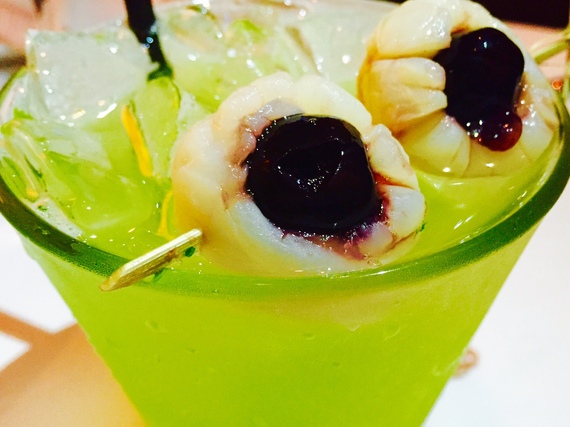 The dishes are also in costume. Among my favorites are the Devil Dragon Roll, which looks strikingly like a Chinese dragon, the sort emulated during a Chinese New Year parade. The Kabuto-Ni, a soy-glazed Japanese Tai Snapper head with Daikon radish, needs no adornment -- it's the head of a fish staring up from a soup bowl. The Witch's Hair Macaroni & Cheese, on the other hand, features wiry strands of red peppers to add a little heat to the dish, and a little magic. 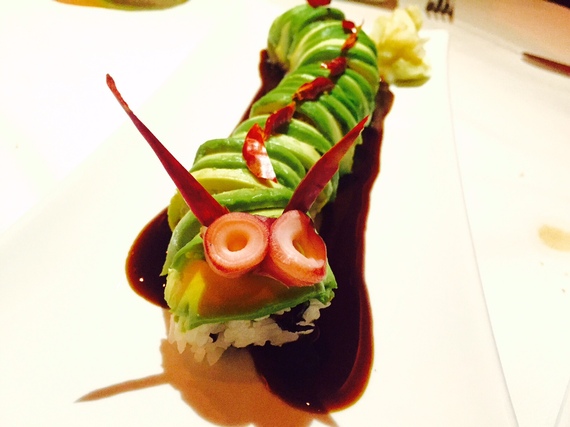 Fig & Olive
At Fig & Olive Newport Beach, founder Laurent Halasz pays homage to the harvest season with a menu bursting with the flavors we've come to associate with this time of year. Nowhere is that more evident than the Pumpkin Martini: house-infused vanilla vodka, apple brandy, spiced pumpkin butter, ginger and fresh lime juice, served up and garnished with a graham cracker rim. 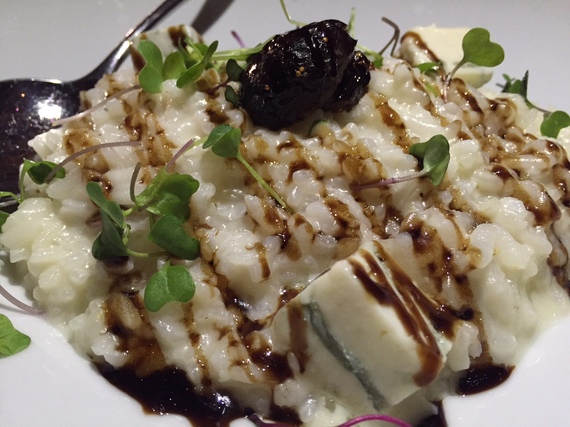 Border Grill Downtown
Finally, at Border Grill Downtown, bury your Halloween hangover at the all-you-can-eat Day of the Dead Brunch. For $30, feast on homemade buttermilk biscuits & chipotle chorizo gravy; skirt steak and eggs rancheros and bread pudding French toast; then fill up at the chilaquiles station, the taco station and the dessert station. For an extra $12, add the Day of the Dead Mimosa bar. Doors open at 11 a.m., and a Latin music trio will provide live music for both the living and the dead.