The U.S. moved two warships to the Black Sea. A C-17 transport aircraft will be on standby in Germany. FBI agents are in Sochi. All for what Russia has pledged will be "the safest Olympics in history."

Islamist extremists from the restive Dagestan province who claimed responsibility for two lethal suicide bombings in the city of Volgograd in December have vowed to strike again at Sochi. Dagestan is about 350 miles from Sochi, and one of several volatile provinces in the Caucasus.

Two weeks before the start of the games, Russian authorities circulated leaflets picturing 'black widows,' Islamist women who are believed to be planning a suicide bombing during the games in revenge for husbands or family members killed by security forces. Experts believe that while it would be difficult for terrorists to strike Sochi itself, it is very likely they will try to strike in neighboring towns, where such suicide bombings are difficult to prevent.

Residents of the Olympic host city and even President Obama say Sochi is safe (though the U.S. Department of State issued a travel warning for Russia). However, with the history of violence and unrest in the region, worries about an attack hitting the games may not be off-base. 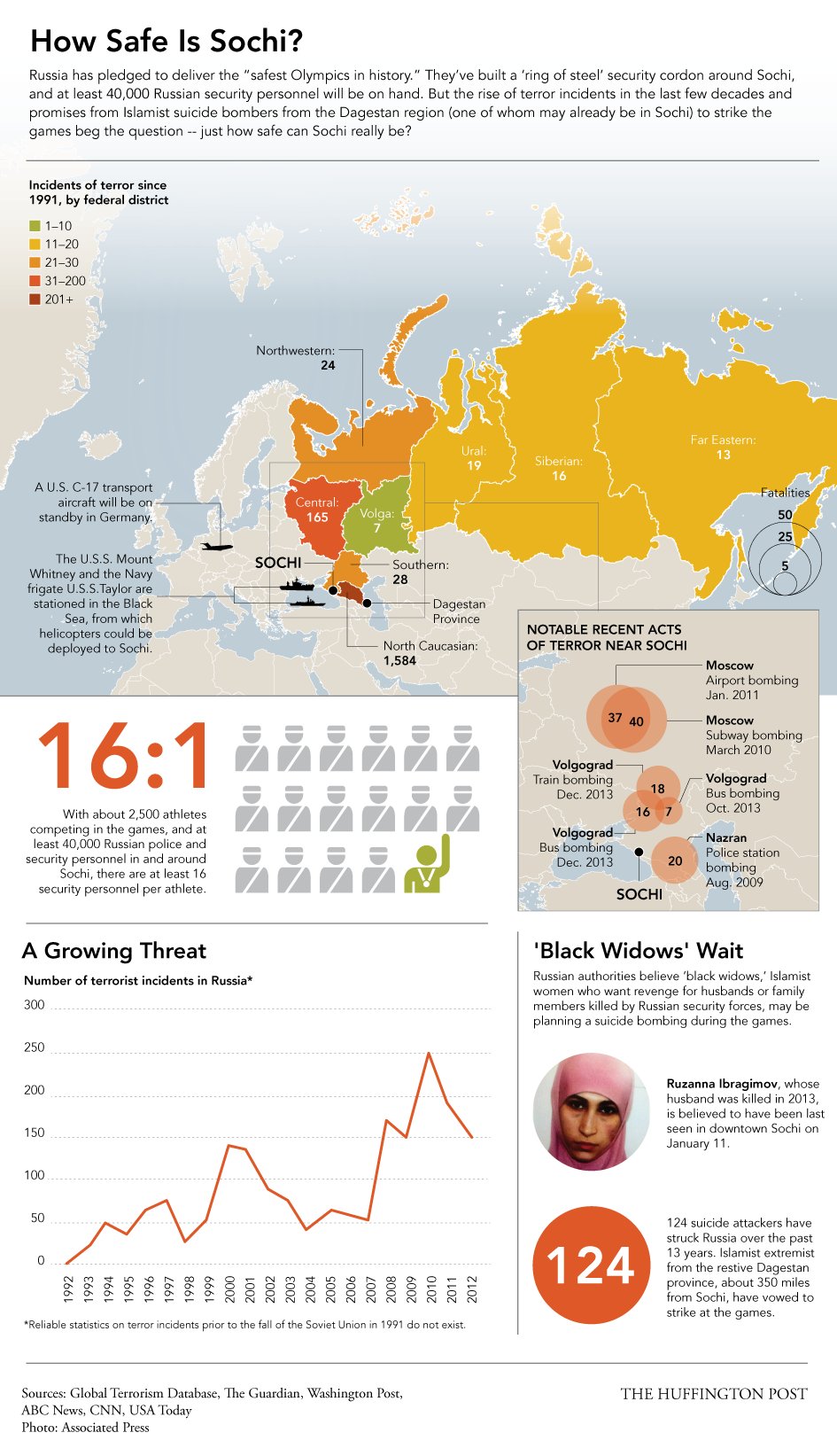 Infographic by Alissa Scheller for the Huffington Post.
Download
Calling all HuffPost superfans!
Sign up for membership to become a founding member and help shape HuffPost's next chapter
Join HuffPost