Walk into any restaurant in the Black Sea resort town of Sochi at night, and you'll be greeted by the sounds of a professional chanson singer. He or she will likely be lurking in the corner of an eccentrically decorated establishment, belting out the words of traditional Russian ballads. The eateries' gaudy neon signage, over-the-top interior décor and techno musical equipment will give way to the surprisingly classic and time-honored custom of live, folk-inspired entertainment. 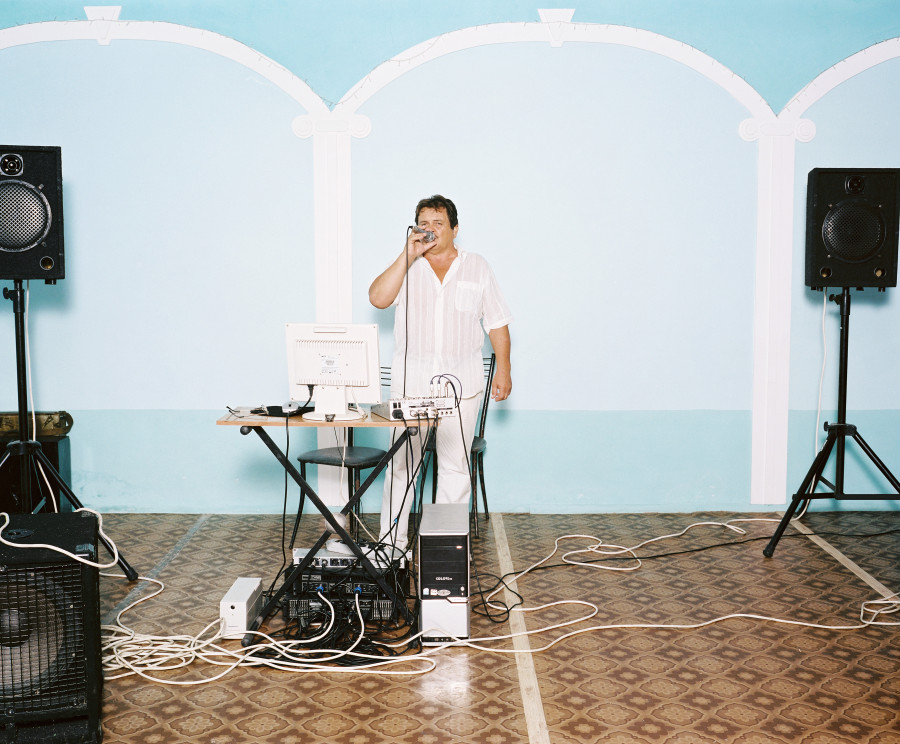 "Sochi Singers," a compilation of photos by Dutch photographer Rob Hornstra dedicated to this overlooked staple of Sochi's nightlife, presents the crooners in all their glory. Seen atop makeshift stages, nestled behind an electric piano or hilariously obscured by an oddly placed laptop, the male and female singers stand as a reminder of the simultaneously retro and visionary nature of the performers. No matter how decadent the faux-Mediterranean decorations, no matter how advanced the electronic accompaniments, the figures remain part of a deeply rooted Russian ritual.

The project is part of a larger effort by Hornstra and writer and filmmaker Arnold van Bruggen titled "The Sochi Project." In the run up to the 2014 Winter Olympics, the duo decided to explore and document a region known to many as a subtropical summer capital, the Florida of Russia. Though the games are not their focus, Hornstra and van Bruggen used the event as an excuse to dive into a seemingly picturesque locale that borders one of the most violent and economically deprived areas in Eurasia -- the North Caucasus. 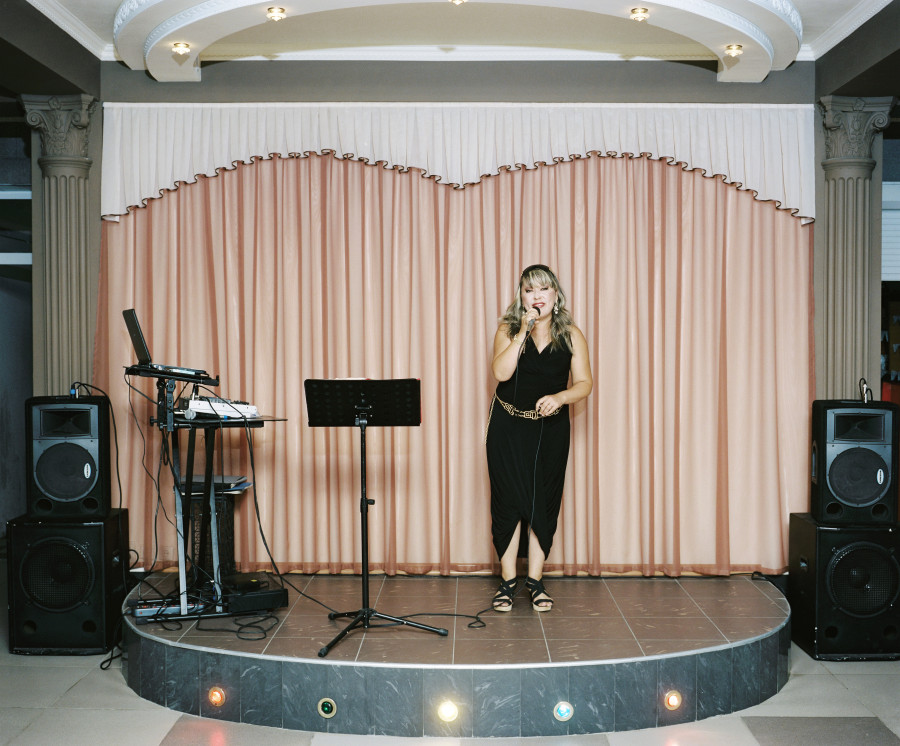 "Sochi 2014 will be Russia's and Putin's business card, so to say. It will be an ideal, Potemkin-village like representation of modern Russia and the region in which the Games are being organized," van Bruggen noted in an email to The Huffington Post. He and Hornstra sought to push beyond the facade and present a more comprehensive peek into the unique world before hundreds and hundreds of cameras descend upon the city next year.

"We didn't want to only depict the 'Soviet tourist life,' we also wanted to depict contemporary Russian tourist life in Sochi. Which is in my opinion noisy, involves a lot of golden interiors and jewelry and alcohol," Hornstra described. "We came to photograph the singers in interiors with faux Greek, French, Roman, Slavic and American décor. It became the perfect metaphor to depict the modern summer resort Sochi." 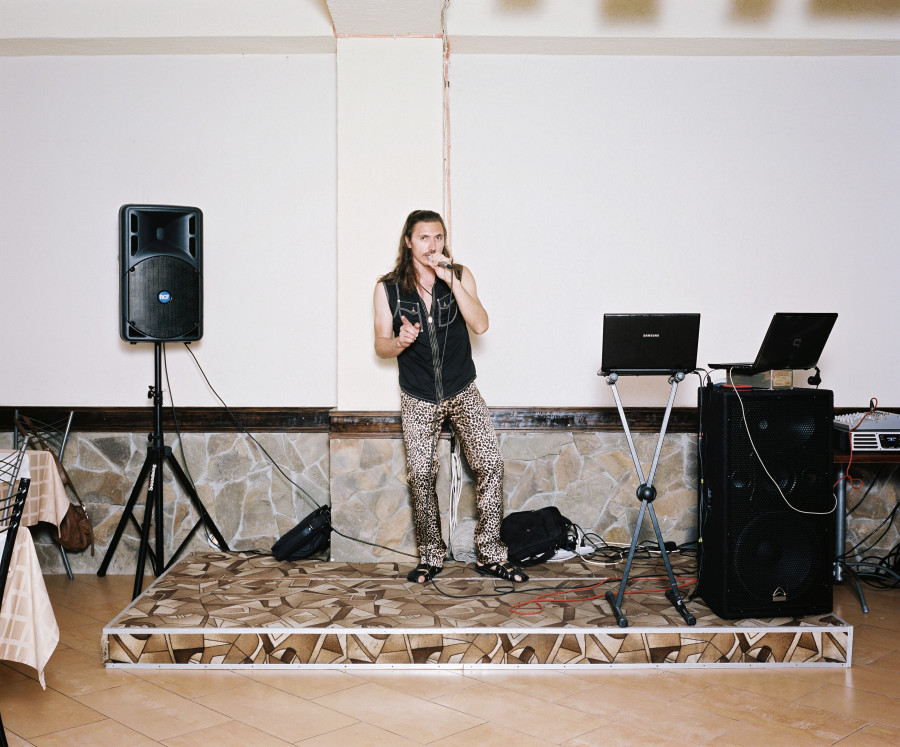 Beyond "Sochi Singers," Hornstra and van Bruggen's project showcases the construction of Olympic sports arenas, shining a spotlight on the underpaid laborers who brought architectural dreams into reality; dives into the outlying regions of the conflict-riddled Abkhazia; and describes in depth the North Caucasus' national sport, wrestling.

"The problem with an event like the [Olympics], is that people fly in and out in a few days and are hopelessly trying to make a good story," van Bruggen explained. "They mostly choose the most cliche approach, like, let's visit some local activists, let them complain about how the Games haven been built, and that's it -- continue with the ice skating, hockey and skiing. We hope that with our time and patience we have dived much deeper into the stories of Sochi and the surrounding regions, not showing the cliche picture but the whole picture as we've seen it." 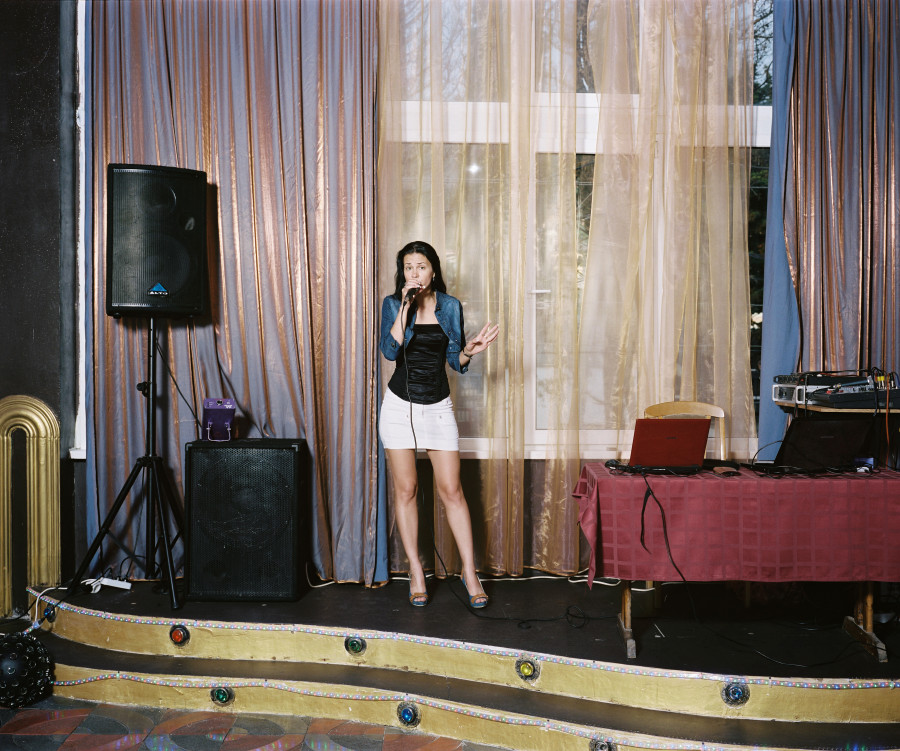 Both Hornstra and van Bruggen have recently been denied visas to travel to Moscow, so the future of their project remains unknown. Scroll through a preview of "Sochi Singers" below and let us know your thoughts on the years-long "Sochi Project" in the comments. 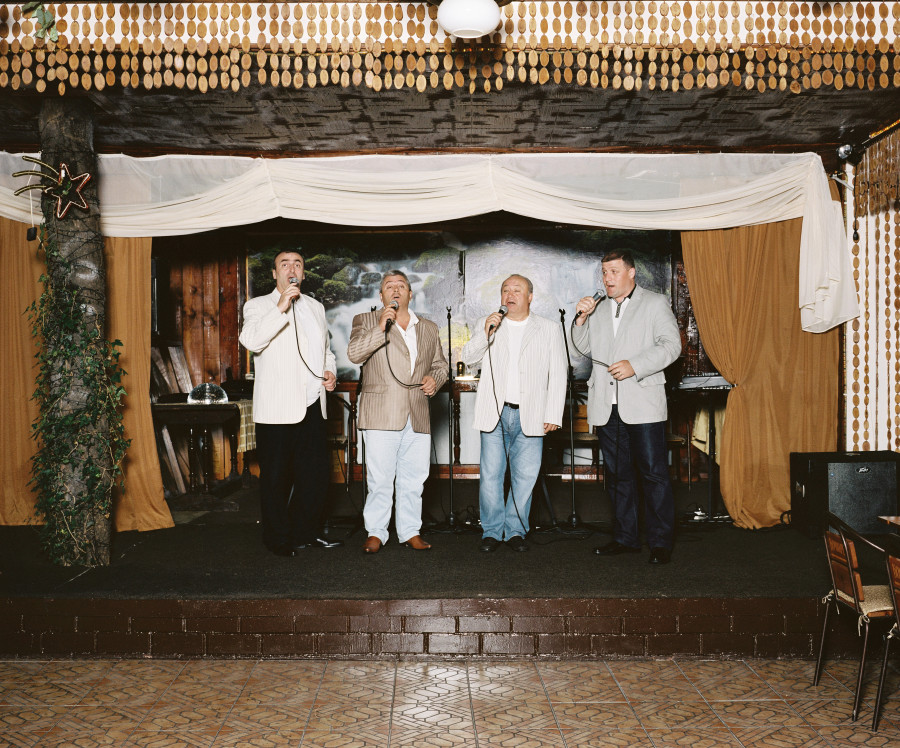 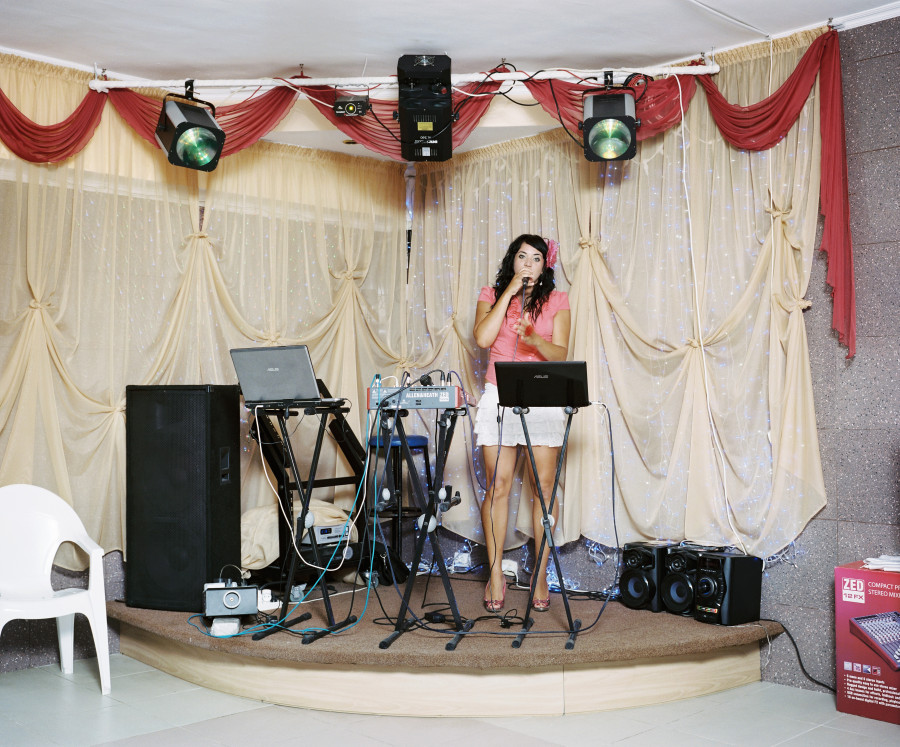 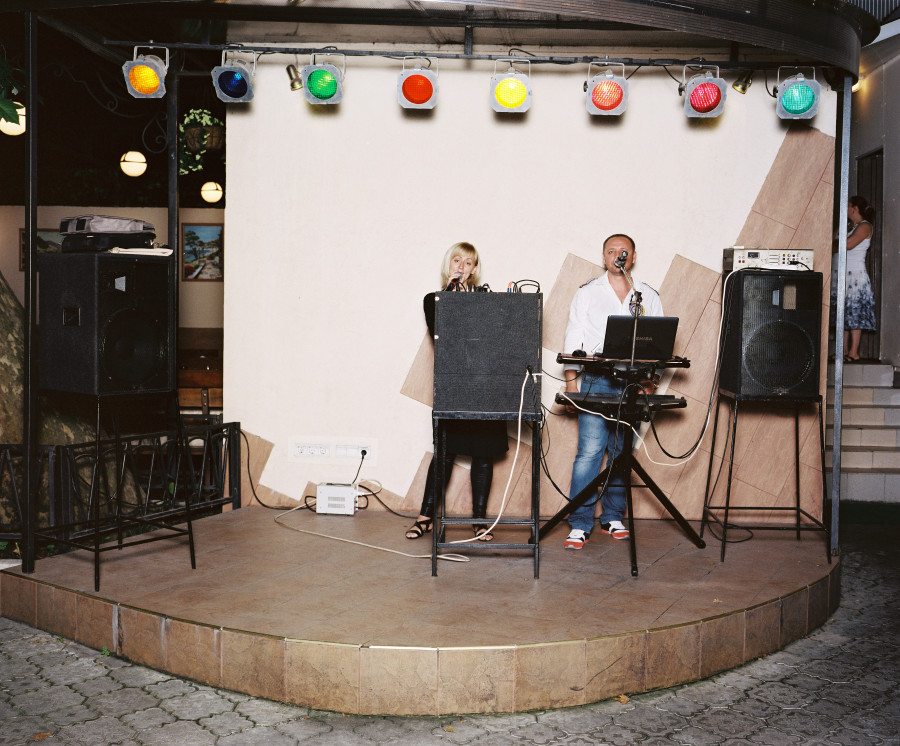 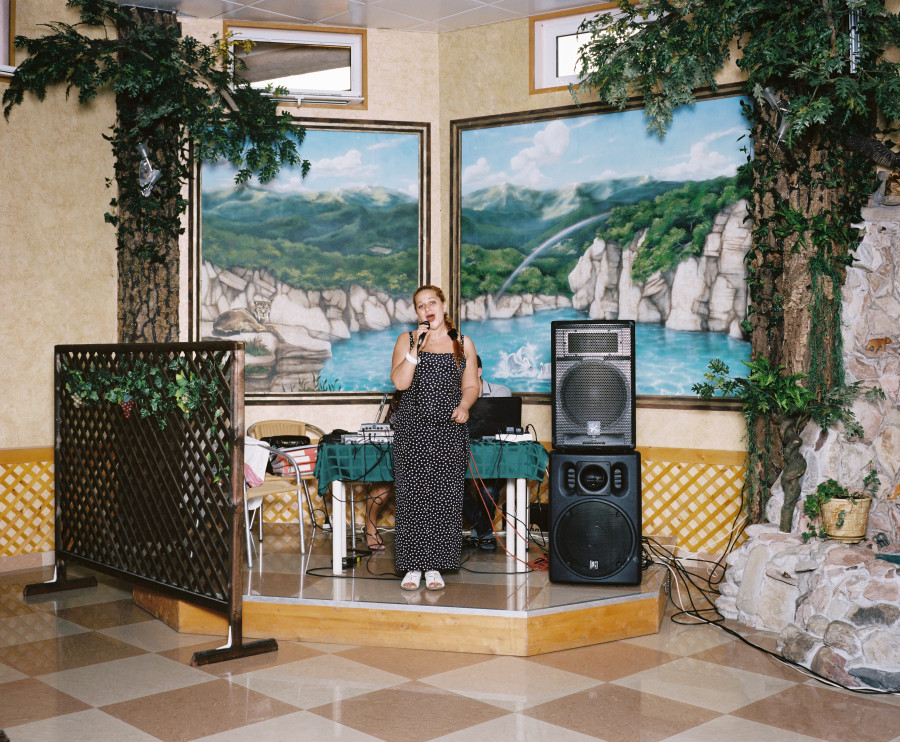 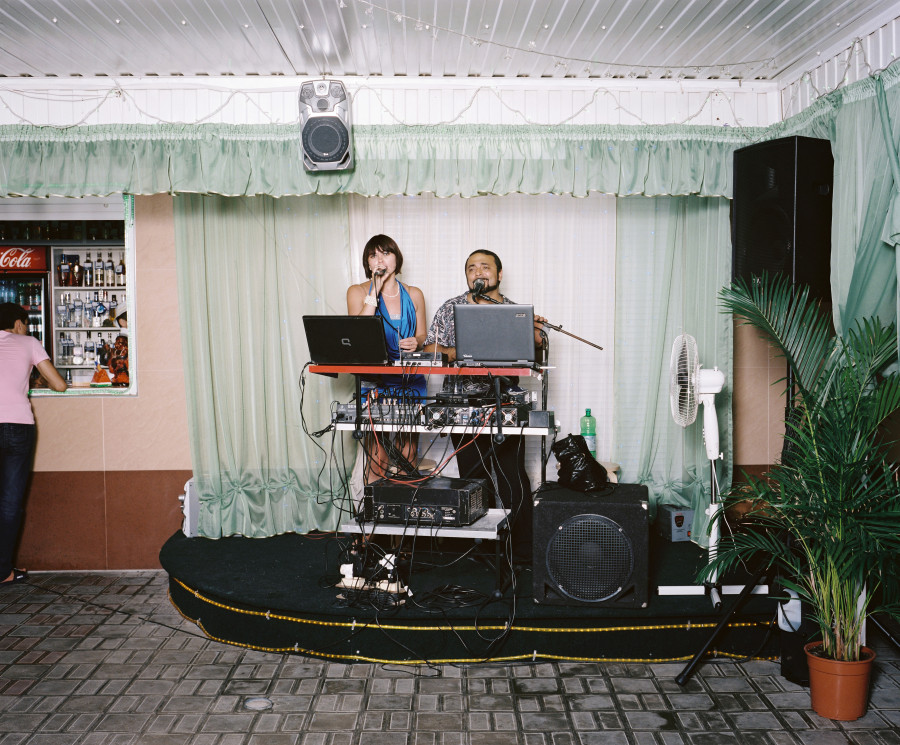 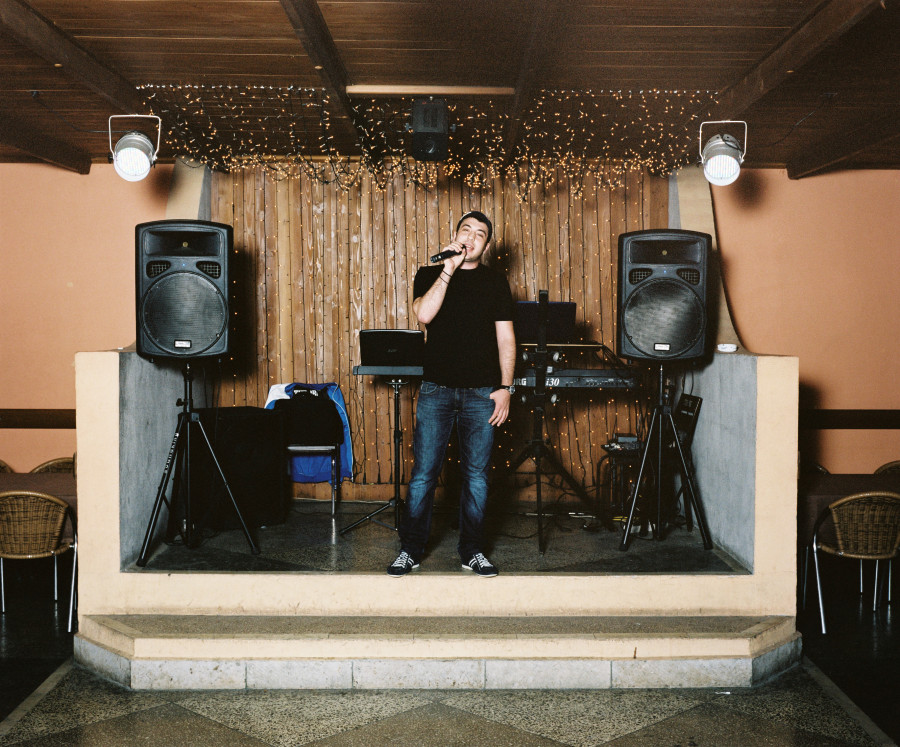 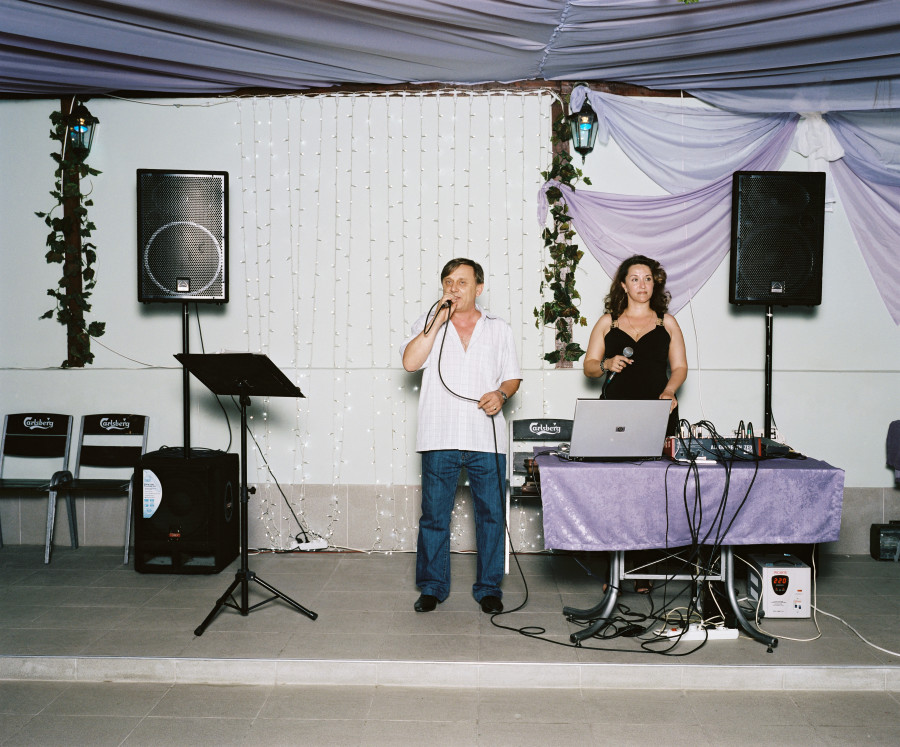 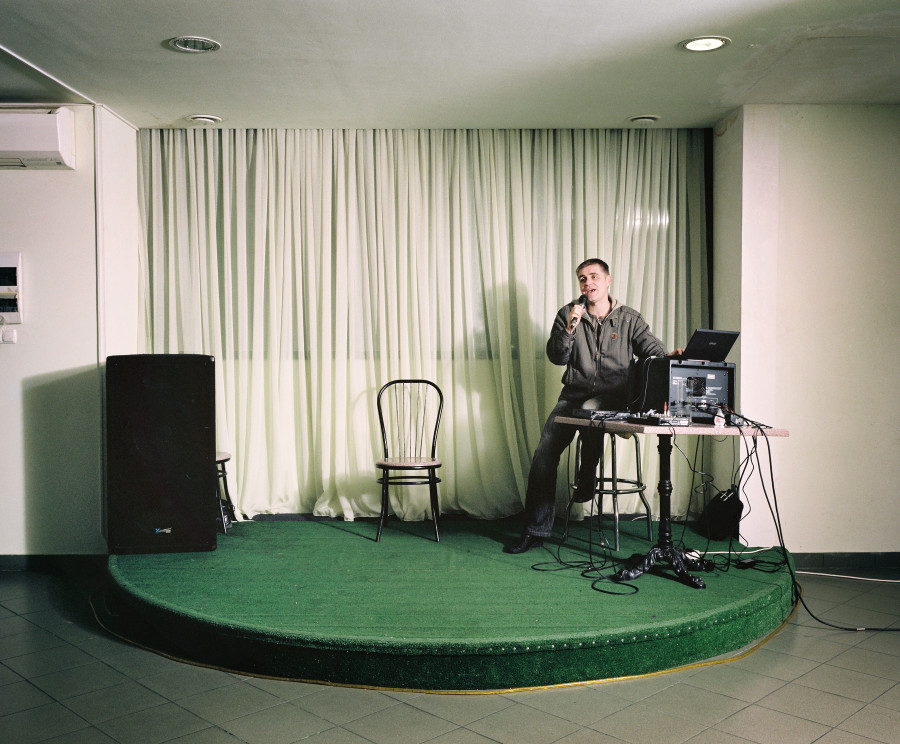