Yeah, yeah, yeah. Most of us know that regular exercise can reduce your risk of cancer and heart disease, prevent weight gain, improve sleep, and even boost brainpower.

But a new study suggests that exercise can literally change how you see the world -- and those around you -- by making your environment appear less threatening and more positive.

"This is a big development because it helps to explain why exercising and relaxation techniques have been successful in treating mood and anxiety disorders in the past," study co-author Adam Heenan, a Ph.D. candidate in clinical psychology at Queen's University in Ontario, Canada, said in a written statement.

In the study, the researchers asked 66 university students to complete a questionnaire about anxiety and then to exercise on a treadmill (they were randomly instructed to either stand, walk, or jog). Immediately after, the students completed a perceptual task that involved viewing a pretty cool 3D simulation of a human stick-figure walking and guessing whether the figure was walking toward or away from them.

A screenshot of the human walk simulator animation created by researchers at the BioMotion Lab at Queen's University in Canada. It is based on walking data collected from 40 males and 40 females. The points indicate major joints in the human body, such as the ankles, knees, hips, elbows, and shoulders.

"People who either walked or jogged on a treadmill for 10 minutes perceived these ambiguous figures as facing towards them (the observer) less often than those who simply stood on the treadmill," Heenan said in the statement. "The same was true when people performed progressive muscle relaxation.”

Previous research has shown that people who are socially anxious tend to perceive the stick figures as walking toward them (the "more threatening" perception of the figure, according to the researchers).

And so, it turns out that physical exercise just may help people to perceive their environment as less threatening.

This study was published online in the journal Plos One on July 2, 2014.

PHOTO GALLERY
WHAT YOUR WALK SAYS ABOUT YOU

Exercise Can Literally Change How You See The World, Simulation Study Reveals
WHAT YOUR WALK SAYS ABOUT YOU 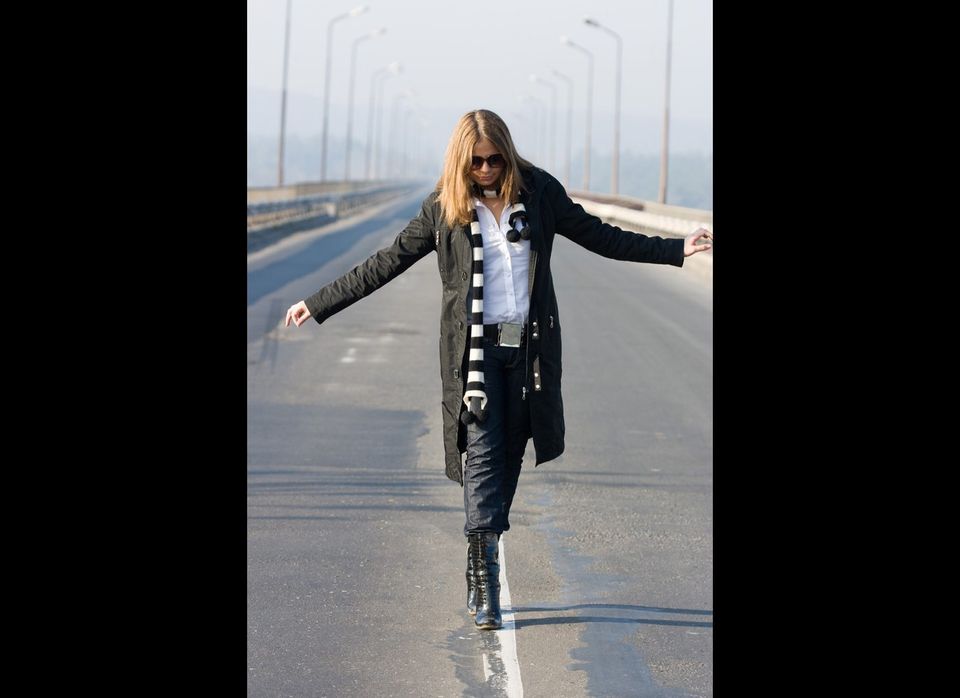 1 / 10
PERSONALITY
Body language can reflect a person's character, Wood has found in her research. She believes different walks can fit into the DISC personality profile: <br> Drivers (who display dominance) walk quickly with intent and don't like to stop once they know where they're headed. <br> Influencers often act emotionally, changing direction often. <br> Supporters who show steadiness walk politely with their arms close to their bodies and might stop to speak with others. <br> Cautious people, who Wood calls "correctors," walk precisely and follow foot traffic rules.