Women are paid less than men. With few exceptions, this is true across national borders, industries, racial identity, and education level. Some experts claim that true wage discrimination is not a factor and that lower pay represents a tradeoff for more flexible hours and less strenuous work.

Analysis of select macroeconomic data, however, fails to account for the philosophical, behavioral, and cultural reasons why the equal pay battle is necessary and far from over. Particularly in emerging economies, the stage is just now being set as women are finally gaining access to education and employment opportunities. 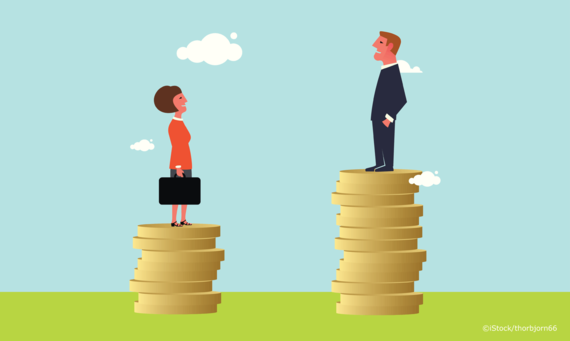 April 12, 2016 was Equal Pay Day in the United States. It marked the point in the year a woman would need to work additionally in order to earn as much as a man in the previous year. Many organizations across the country have found creative ways of demonstrating the reverse of the wage effect: offering women a 21% discount during happy hour or only giving men 79% of product at a bake sale, for example.

Those events were met with everything from cheers to misogynistic threats. While the demonstration was a powerful media blitz, it left many wondering what actions could be taken to help address the gap.

In America, policy and advocacy have gained the most traction. Laws that support wage transparency, rights to file complaints, and new organizations supporting Washington lobbyists have sprung up over the past decade.

Still, government action is limited. In the US and abroad, governments will struggle to compel change where shareholders and stakeholders hold so much power, and they employ far fewer people than the private sector. Business holds the onus on equal pay for equal work.

Since the early 1970s, women's pay ratio compared to men's has steadily increased in many areas of the world. As women proliferated higher education, they simultaneously began to knock down barriers in business and government that obstructed leadership positions. Unfortunately, the numbers are still pitiful. A recent report from PwC on the 2,500 largest global companies found that 359 named new CEOs in 2015. Only ten of the 359 were women. Data suggests even this small minority are still subject to a pay gap relative to their male peers.

The nascence of social enterprise can help change the status quo with unique organizational structures and thoughtful leadership.

Sustainable returns enable social enterprise to grow and scale. The resulting profitability (either in the traditional sense or through reinvestment) should lend capacity for competitive pay for all employees. In a test on workplace productivity, the Ponemon Institute found that women work almost 20% longer than their male counterparts. For social businesses operating on thin margins, this is surely more reason to compensate fairly for women's productivity.

Women are a significant and valuable part of the workforce, and by setting the standards early on to support them, social enterprise will be better able to retain talent, incite community growth, and serve customers. For organizations looking to solve poverty through business, equal pay is a clear solution to achieve broader impact and better returns.

Equality has not been reached when an example can be shown of women making 99.99% of what men make. It is a complex story of value creation and capture with many variables. Yet, until studies can demonstrate occasions where women are better paid than their male counterparts, the fight for equal pay must continue. As part of an emerging category, social enterprise can reshape expectations and provide leadership where other businesses have failed.