This is the thirteenth installment of the Impact series, #SocialGoodStars. The people highlighted here are passionate, dedicated philanthropists, strengths to their communities, and social media masters. They also happily share their vast knowledge with others, making them shine as leaders in the Social Good world. You can read the twelfth interview with Plant a Fish Founder Fabien Cousteau here.

"If history were taught in the form of stories, it would never be forgotten."
~ Rudyard Kipling

The power of emotional storytelling can be a strong persuader, a new way to gain attention to a cause, and an avenue to galvanize people through information to take action. And Josh Fox knows the power of storytelling well. He is the Emmy Award-winning, Oscar-nominated Director of the grassroots fracking (hydraulic fracturing) movie, Gasland. 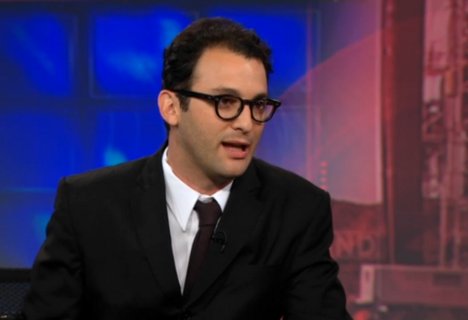 In 2010, the Gasland movie thrust fracking into the national spotlight. It showed real, heart-wrenching stories of normal, everyday Americans suffering consequences from fracking. People were stunned by the graphic, shocking footage of sick and dying animals, devastated environments, and water from kitchen faucets catching fire.

Josh Fox, Director of Gasland and The Sky is Pink, uses storytelling, combined with research and statistics, to make people aware of the effects of Fracking. Photo courtesy of Josh Fox/ Gasland

Josh is a Filmmaker and Artistic Director of theater who grew up in Pennsylvania. After receiving a large financial offer to drill on his land from a gas company, he set out to learn more about what exactly happens when someone gives permission to drill their land to seek natural gas.

Josh combines years of research, personal stories, and a persuasively knowledgeable tone into his projects. He has a mission, and a story he wants to tell; and he does it with science and facts intricately woven into real, personal stories of the people who have seen what he speaks about first-hand. This combination of factual credibility and emotional storytelling made Gasland a viral sensation.

In an industry where one, specific corporate voice and view has long held dominance with multiple millions of dollars in marketing, Josh chooses to let thousands, some on video, many via petition, share their voices and views as well.

Josh also makes masterful use social media and the power of relationships and the internet to make his viewpoint and research go viral. Josh makes it clear that in his opinion, people are neutral on the issue of fracking only when they haven't heard much about it and are not involved in the industry, landowner (potential drill site), or environmental sides.

Since making Gasland, Josh has been honored by Yoko Ono with her Lennon Ono Peace Award, and has also been part of Artists Against Fracking, started by Ono and Sean Lennon to show support from actors, musicians, and other artists who are against fracking. 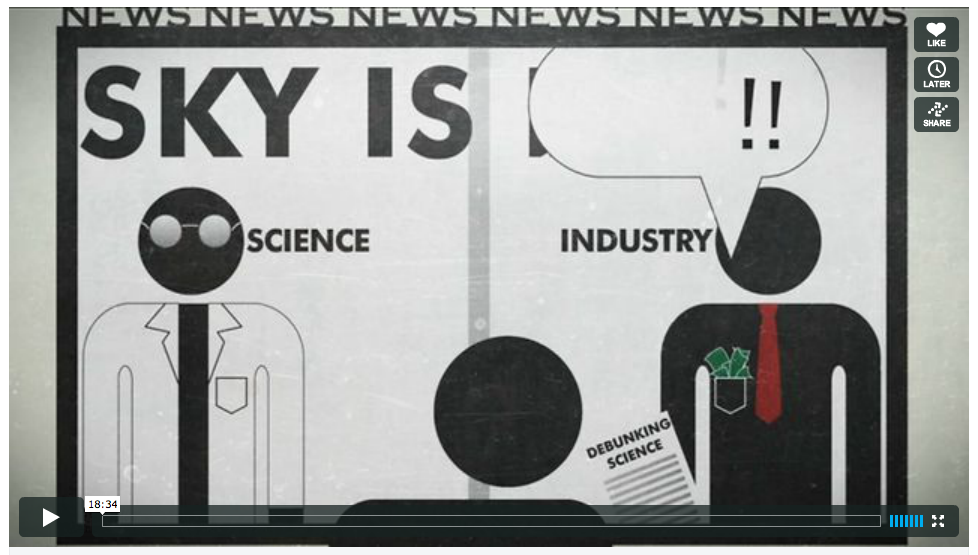 Josh Fox's short film The Sky is Pink packs a wealth of information and statistics on Fracking into an entertaining, thought-provoking format. Photo courtesy of Josh Fox/ The Sky is Pink

Here's how fracking affects us all, based on an interview with Josh Fox and reflecting his research here and here and his personal perspective:

34 states and counting are already fracking - the majority of the United States. That means, you're likely either in a state that's impacted, or have a friend or family member who is.

We're all downstream. Watershed systems flow from small tributaries into large river basins in places like New York City, Los Angeles, Pittsburg, Cleveland, and many other major metro areas. Many frack chemicals are non-biodegradable and pose water contamination risks all the way to major watersheds.

We're all downwind. Studies show that frack sites can emit high levels of pollution. In 2009, 7700 frack sites in the Dallas, TX metro area (there are now 15,000+) were pumping out the equivalent smog and CO2 emissions of all traffic in the entire Dallas/ Fort Worth DMA combined. In Pennsylvania, the industry goal is 100,000-200,000 frack sites, or another 10-20 DFW's worth of emissions, in one state alone.

Climate change is impacted. Over a 20-year timeframe, frack gas emissions (CO2, methane) have a more dire effect on climate change than coal.

Democracy - your voice - is at risk. Private companies have spent $747 million lobbying congress to be exempted from several key laws including the Clean Water Act in order to continue fracking. While public sentiment is often negative, with petitions being signed and delivered frequently, citizens don't have a quarter of a billion dollars to speak for them.

Land destruction is ongoing, including public treasures. Large swaths of public parklands and forests have been handed over for drilling, creating unprecedented destruction of plants, animals, habitats, and natural beauty. Industrialized landscapes are replacing scenic lands previously untouched, and private companies are being granted Eminent Domain rights on private land.

Economic recovery suffers. Sustainable energy sources built and maintained over the long-term create and keep real jobs. Frack jobs are typically in and out. While there may be temporary spikes in some jobs, the drilling leaves a slew of negative impacts on the community affected, and nominal long-term growth, behind when the drilling is done.

You can learn more about Gasland here and The Sky is Pink here. Follow Josh Fox on Twitter @gaslandmovie.

Amy Neumann is a social entrepreneur, writer, speaker and consultant on social good marketing. Check out her Charity Ideas Blog and follow her on Twitter @CharityIdeas. Amy is an also Assistant Director for POGCO, the People's Oil and Gas Collaborative - Ohio, a grassroots organization focused on regulatory, safety, and property rights issues in the oil and gas industry, including hydraulic fracturing (fracking).