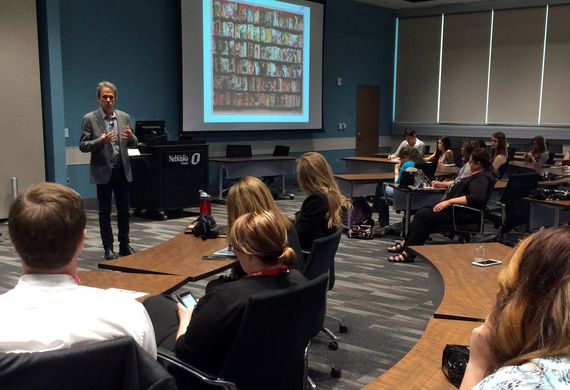 Most business people seek order out of chaos, but several new ideas suggest that it is more important to relax and respond than to have a developed strategic plan. Instead of creating a structure that binds staff to a rigid set of rules, the social media 2.0 era demands real-time listening and "rapid response" based upon a more fluid business plan of options.

Part of the challenge is what Northwestern University Communication Professor James Webster sees as a fragmented audience in his book, The Marketplace of Attention. From this perspective:

Popularity is valued by the media and users, who mutually create the cultural ballast that pulls society together. Most media providers seek public attention. Although some hope to achieve that goal by going to extremes, their offerings usually attract small, disloyal audiences. The most popular outlets for news and entertainment remain mainstream media. As a rule, the recipe for success discourages media from straying too far from what is familiar (p. 163).

But user choices and on-demand content are a large structural change for media audiences. "Now, they're empowered in a certain sense by these technologies," Webster says. At the same time, though, Webster challenges the rhetoric of user empowerment as "completely over-hyped." This is because media actively work to persuade, and digital data drive what we see and hear. "People aren't nearly as empowered as many popular narratives would have you believe," Webster says.

This may help explain why Golin CEO Fred Cook's public relations firm made the decision four years ago to toss traditional structure in favor of improvising:

We changed the whole way we operate, and we invented all new training programs, all new classifications for our employees. We did assessments for every single person in the firm and reassigned them to different kinds of jobs. We were improvising big time and it's been great for us.

Cook says improvising is not about making it up as you go, but he defines it as "taking the information and resources you have at hand, and turning that into something special." His book, Improvise offers the approach as career advice, which aligns with his personal career path.

In a social media 2.0 context, Golin's "rapid response" team for client McDonald's was built upon listening to customers and thinking ahead to what they might say or ask. This is a different approach from traditional planning. Instead of theoretical company values, the key is its focus on accumulation of applied experiences. Broader and deeper employee diversity should translate into better response to social and technological change.

Jake Batsell describes in Engaged Journalism how this works for journalism media producers - they must move from one-way to two-way relationships with their audiences. The volume of noise in the marketplace of attention creates a constant challenge, and the Twitter crowd appears to help shape ongoing social conversation.

Digital content marketing within this context must be responsive to quick audience shifting attention. Meerkat, Periscope, Snapchat, Vine and other mobile-first apps share a new sensitivity to audience preferences.

If we are improvising through big data and small plans about how to reach a fragmented audience, then businesses and their employees must be prepared to live with the daily chaos of minute-by-minute change. Advantages will come to those using experiences to see a few weeks ahead of the next shift.