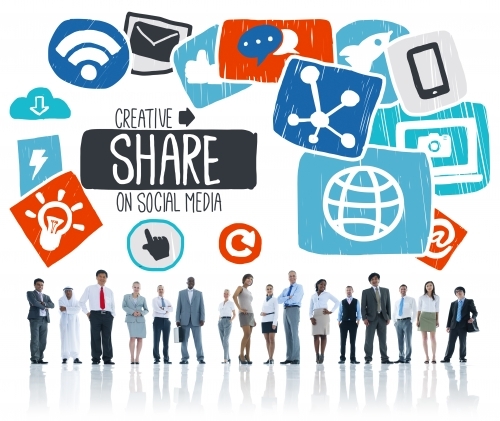 News travels fast on social media, no doubt. It's where we pick up headlines on local traffic and weather reports, events, crowdfunding, and everything in between. If you want to stay in the know, head over to Twitter and Facebook.

Remember the killing of Cecil the Lion in Zimbabwe this July by an American dentist? The story went from zero to viral in less than 24 hours. Cecil, the male lion, living in a game reserve in Zimbabwe, was lured away from the park and killed by an illegal party of big game hunters according to the Zimbabwean government. Conservation groups identified the killer to be a dentist, from Minneapolis. News about the sad event traveled fast, and the dentist's Yelp and Facebook page were engulfed with heated and angry comments, forcing the dentist to go out of business. Without social media, would the event create so much backlash?

What about ageism? Can social activism help put an end to the discrimination? When the general public holds on to old beliefs about the group, the older adults are slotted into categories unbecoming and unfitting. It lowers the generation to dependency, frailty, and inadequacy. To say it's unfair is understated. Does ageism squelch progressive lenses of the remarkable power the generation holds? If people altered their perceptions of impotence to capable, wouldn't that empower everyone? The young would not fear it, and the aged would not concentrate on the demise.

Is there hope for change, and does social media hold the key? As reported in Observer, when Becca Levy, associate professor at Yale School of Public Health, and her colleagues searched on Facebook for groups that concentrate on older people, the results were unsettling. They found 84 groups, with a total of nearly 25,500 members, created primarily by 20- to 29-year-olds. Almost 75 percent of the descriptors used criticized older people; 27 percent infantilized them, and 37 percent advocated banning them from public activities, such as shopping, the team reports in a 2013 issue of The Gerontologist.

Ageism lives on. The Observer says,

Is there hope? I wondered, and probed the Seniorcare.com Aging Council,

Do you feel social media is and can become an assistant that helps drive social change TO OPPOSE the understanding that aging is a natural decline? In what ways do social media drive enthusiasm for aging?

How social engagement could shift the archetype:

Social media, in many respects, has reinforced ageist assumptions; viewing elders as being mentally and physically frail. However, social media has the potential to shift the message: (1) Increasing political advocacy towards positive aspects of aging, and (2) Engaging elders in online conversations about ageism and its impact. Rein Tideiksaar

Many images and stories reaffirm quality of life, and we need to find and share them. There is a lot to overcome. In addition to normal aging prejudices, Princeton researchers have uncovered prescriptive bias toward elders. Don't try to act younger. Move aside so we can have your job. Stop consuming so many healthcare resources. Anthony Cirillo, The Aging Experience.

100 percent YES! I firmly believe that social media can play a large role in educating, promoting and driving action to oppose negative perceptions on Aging. At LifeAssist, we share stories on how seniors reinvent themselves, nurture their passions and remain connected. Hopefully, these stories inspire other seniors to do the same. Michelle Jeong, LifeAssist.

Social media reaches people from diverse backgrounds to dialogue about aging -- what it is and isn't! Healthy older adults fully engaged in living can show younger people the importance of wellness and prevention for successful aging when connecting via numerous social media platforms. Messages disseminated via social media showing actual healthy aging, not the stereotypes can reach a wider audience. Kathy Birkett, SeniorCare Corner.

Social media helps seniors reconnect with people from their past, engage in their communities and stay in-the-know with the latest technology trends -- making them less susceptible to phishing scams. Social media offers an opportunity to share a skill, talent, and knowledge across generational divides, thereby changing the perception of isolation, dependence, and irrelevance associated with aging. Ben Mandelbaum, Senior Planning Services.

Many active seniors and the elderly in encore careers are using social media for business and personal reasons and are posting pictures and videos of their active lifestyle showing that aging does not equal "old and in decline!" Because of social media, the younger generations can see with their own eyes that people can live fulfilling and active lives as we age. Laurie Miller, Apple Care and Companion.

I notice a lot more people my age and older on social media to chat, to learn and to continue to stay mentally and physically active. They are becoming role models for the younger generations. Shelley Webb, The Intentional Caregiver.

Yes! Social media is not just for the "young" anymore. Facebook, Twitter, and others offer excellent information about people and organizations who are fighting for the elderly. It is a new world, and I can see that the "older" generation is handling social media very well. Bryan London, Best Care Jobs.

A big part of the change is creating broad, lasting awareness of the issues. Social media is a useful tool for spreading the word about positive aging and giving everyone a voice. It allows people to join in national (or even global) conversations where everyone can express their opinions, share stories, ask questions, debate issues, and ultimately, learn from each other. Connie Chow, DailyCaring.

The National Social Life, Health, and Aging Project (NSHAP) has made great strides in bringing to the forefront many issues related to aging including health, promotion of social interaction and the well-being of elders to name a few. By providing health care providers, individuals and the powers that be with vital, comprehensive information NSHAP assists seniors in benefitting in all areas of their lives. David Mordehi, Advise & Protect.

It's Seniorcare.com's goal to offer and promote collaboration between the Aging Council, older adults and family caregivers to conquer the challenges people face in aging and long-term care. They hope to deliver more news and data that helps the segments to focus on creating more positive experiences in growing older.