There's a feeling of dread that can come with receiving a text with this singular letter. Mostly, because it can be hard to figure out what "k" actually means.

Misinterpretation of communication is just one of the few common sources of anxiety associated with social media use. In a video made by SheKnows, a group of teen girls explained how texting, a lack of "Likes" and FOMO (fear of missing out) can make you second-guess yourself.

As one participant explained, even when texting a close friend to make plans, she doesn't want her words to be mistaken for apathy, so she'll always put a smiley face with her response. And if you add a period at the end of a text? "That's bad news."

The participants also admitted that "Like" anxiety has become a growing concern. "In the past year, people have been more acknowledging of how much they want them [likes]," said one teen. "People have been like, 'Oh, are you in the 100 Club? I'm in the 100 Club.'" Another teen agreed, adding: "There's always just this one number floating around that just want to pass."

According to Dr. Gregory Dillon, finding balance is key. While there's nothing wrong with liking to get "likes," that's only one "slice" of your sense of self, along with hanging out with friends, spending time with family and connecting with others.

"Somebody might look at that one slice of pie and say, 'Whoa, why are you spending an hour on Facebook posting different selfies and trying to get a bunch of likes?'" said Dillon in the video. "The non-neurotic or 'balanced' answer to that would be, 'I'm spending an hour 'cause that's what I'm into right now, and I accept I like the feeling of people 'liking' me digitally, but not at the expense of everything else in my life."

Think you're struggling with anxiety? Talk to a health professional if you are concerned.

The Very Real Anxiety That Comes From Texting, 'Likes' And FOMO
12 Instagram Tips 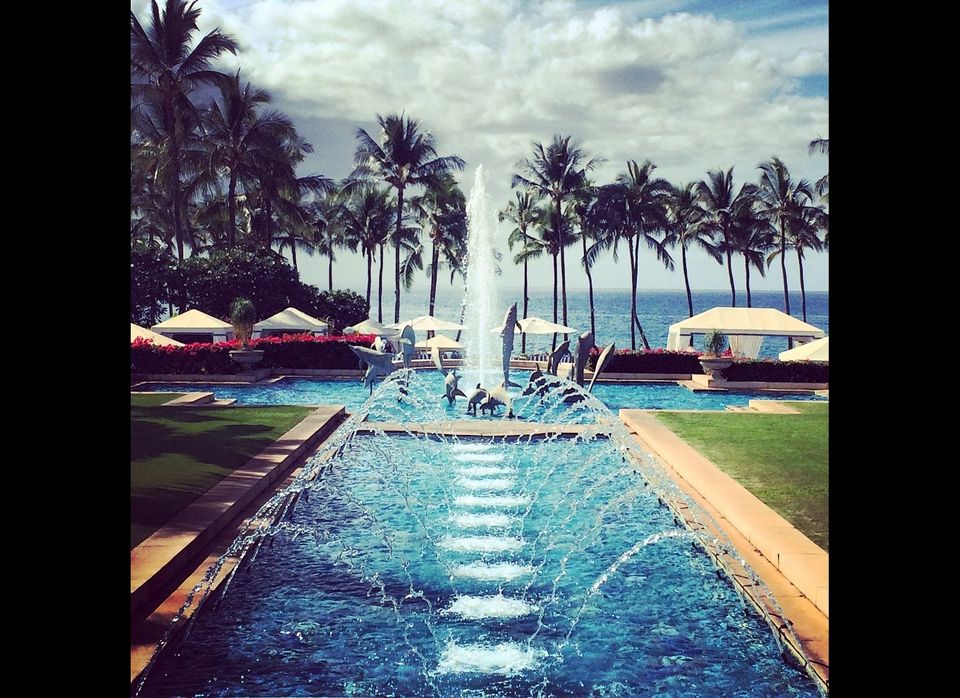 1 / 12
The Pool & Ocean Combo
From the main building, walking towards the pools, the epic fountains and pool provide a great shot, but having the ocean in the background is the icing on the cake.