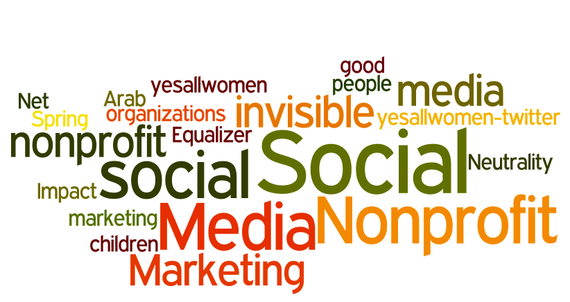 As we're being pulled in so many directions, it's hard to find time to slow down and figure out a solid social media strategy -- but it's worth it. Here's why:

Assuming the net remains neutral, social media offers anyone the ability to be heard by hundreds -- even millions -- of people. It provides opportunity for a small nonprofit organization to be competitive with a major brand with huge marketing budget. When you harness that power through targeted campaigns, the results can be incredible. But even just understanding how social media works when it comes to spreading a message online can be enough, depending on how topical your message is. A little bit of creativity and timing can make a huge difference in amplifying your organization's reach and awareness.

#YesAllWomen is a recent -- and powerful -- example of a well-timed hashtag giving voice to a larger concern. In response to the misogynistic killing rampage that happened in Isla Vista, California, the #YesAllWomen campaign "named a problem with no name" and gave voice to larger concern that resonates with a very large audience (probably just about half the human population, if not more). 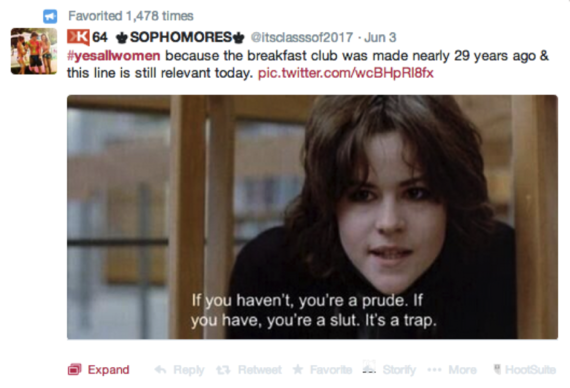 Other campaigns have gone viral with unexpected immediacy as well, like the Egypt uprising, hashtagged #Jan25. According the Alyouka, the 21-year-old Egyptian who was the first person to Tweet out the #Jan25 hashtag, Twitter was instrumental in informing the world of events as they were happening:

"We use it to campaign and spread the word about protests/stands-hashtags are invaluable in that respect, and to share news quickly and efficiently, with our own 140-char commentary on them, and subsequently have conversations with random people/complete strangers. But most importantly, it allows us to share on the ground info like police brutality, things to watch out for, activists getting arrested, etc. A certain class of activists are armed with smartphones, which allow them to live-tweet the protests"

But what if your cause isn't as politically or emotionally charged -- and what if it isn't in about something that's in the news right now? Well, that's where understanding how to work social media comes in to play.

Different platforms (Facebook, Twitter, LinkedIn, etc) work best for different activities. When it comes to fostering a community, organizing an event and reaching donors and volunteers consistently, Facebook is key. And if you want to encourage in-depth conversations with other professionals (and potential donors) around your cause, as well as volunteers, a LinkedIn presence is essential. And nothing beats Twitter for "day of" promotion of your event.

Seeing it in action helps. 24-hour giving campaigns have proven time and again that creating well-organized efforts offers BIG rewards. And there are many options to consider: regional, cause-specific, competitive, collaborative and even 48-hour options. The one thing they have in common are success metrics.

Let's say your nonprofit isn't ready for a 24-hour campaign or wants to start out on a smaller, more manageable scale - that works too.

Invisible People is a vlog that shares stories of homeless people and it's wildly popular - and all thanks to social media. Its founder, Mark Horvath, was unemployed for a year, previously homeless and had $45 to his name when he decided to start this effort, using Youtube as his platform. Since then, in his words,

"YouTube has featured me on their homepage. I was the first non-profit cause to speak at Twitter Inc. Google blogged about me a few times. I won a special Pepsi Refresh award at SXSW (South by Southwest) getting over 30,000 votes. The Canadian Government has commissioned me to travel to 24 cities and helpthem fight homelessness. I've had the chance to work with major brands such as General Motors, Hanes, British Airways, Murphy Oil, and Virgin Mobile to help connect them to an unsexy cause called homelessness."

Another effort, similarly named but very differently directed, that has found a voice thanks to social media is Invisible Children. They create films to document LRA (Lord's Resistance Army) atrocities and mobilize massive groups of people to help put an end to these atrocities. And their activist participation consistently numbers in the millions, thanks to highly organized mobilization efforts relying largely on social media marketing. It's amazing.

Traditional advertising is expensive. Consider this: an ad on a Super Bowl commercial costs millions of dollars, but a quick-moving social media manager can take advantage of Super Bowl trends on Twitter and achieve comparable exposure for free (or the cost to promote a tweet, which is variable and an option for some folks with a budget to spend -- but certainly not necessary).

And even buying ad space from popular publishing platforms can take a toll. But social media is FREE when you activate your community and volunteers. Activate how? Ask them to participate on your various pages in a meaningful way; one that helps advance the conversation.

And beyond that, Facebook advertising offers extremely low cost options (as low as $1.00 per day) to reach your target audience. And its targeting offerings are fairly robust -- and expanding day by day.

Again, wild success stories happen all the time, and all because folks now how to use social media and plug away at it consistently. Can you really afford to NOT set aside a few hours to dig in to these options and sort out a few possibilities for your nonprofit when such massive returns aren't only possible -- but probable?