Sr. Cristina Scuccia took the Internet by storm last month with her awesome singing skills on Italy's "The Voice." But she's not the only nun using modern, and even mundane means of communication to evangelize.

On Thursday, the Atlantic profiled Sr. Helena Burns, "The Nun Who Got Addicted to Twitter." Burns calls herself a "media nun," which she defines as "A woman religious with a calling to communicate the word of Christ, in any way she can." She has 14,000 followers on Twitter. 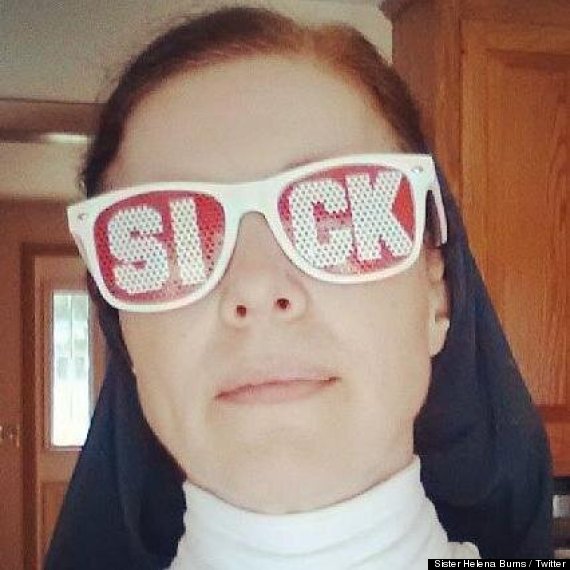 Burns' superior, Sr. Irene, has an even more creative way of reaching out to people through the Internet -- she's a gamer nun. Burns said, "She gets her own little ministry out there. Once people get to know she’s a nun, they have questions, or they ask for prayers. But you do have to clean up your language when Sister Irene’s out there."

Imagine Sisters is a web movement raising awareness about nuns and the important work they do in a thoroughly 21st-century fashion. Their Facebook page is full of nun memes and explains "Imagine Sisters is a web movement that aims to inspire the imaginations of young women to consider the beautiful call to consecrated life as a sister. With the guiding truth that one sister can change the world, Imagine Sisters strives to connect the world with sisters passionately embracing their call to serve the Lord. "

Mary Beth Baker, an aspiring nun, turned to social media last week in order to pay off her student loans. The 28-year-old was $25,000 in debt, which prevented her from entering the convent, so she set up a crowdfunding page to get donations from the Internet. Today she tweeted:

The Pope's killing it on social media too. Last year he was named the most influential world leader on Twitter, and he recently started using Instagram.

These Social Media Nuns Are Winning The Internet
Fun Nuns!
1 / 6
Singing Nun
The judges of singing competition "The Voice of Italy" couldn't believe their ears when they heard Sister Cristina Scuccia belting out Alicia Keys' "No One," but they were in for a greater shock when they saw what Scuccia looked like. &nbsp; <a href="https://www.huffpost.com/entry/nun-italy-the-voice_n_5002937">Read more here</a>