"Everyday I see posts by public relations professionals that are a liability costing them a potential job or partnership." 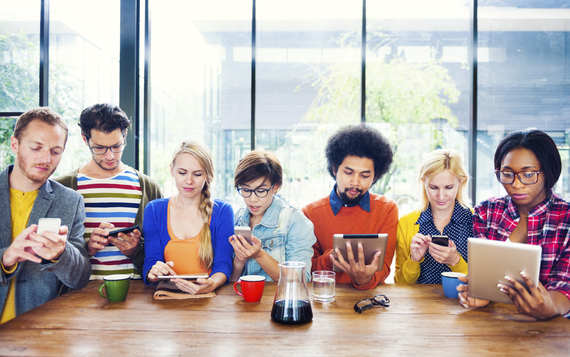 Social media etiquette is a subject needed not only for students but also for established professionals. Everyday I see posts by public relations professionals that are a liability, costing them a potential job or partnership. Only thing is-they don't realize it.

First, let's get an understanding. There is no such thing as a private Facebook profile. Although your privacy settings may be to your liking, it doesn't mean that your posts are not seen by others outside of your "friends" network.

Additionally, posting from your personal profile does not mean you are not obligated to be responsible and refrain from being offensive.

With that being said, there are some partnerships that I never consider with some peers because they have already proven themselves to be a liability from their social media posts alone.

It would be hard to justify to a potential client why I selected an individual to be on the team when their social media posts are indefensible.

Companies are leery to work with individuals who demonstrate "loose cannon" qualities. These "loose cannon" individual's posts are often a display of unnecessary outbursts. We often see this around holiday time, for example, when individuals will demonize mothers because their children (or adult children) wish to acknowledge them on Father's Day. Not only is judging families on how they should acknowledge their parent inappropriate, but the arrogance that an individual feels that they have the right to publicly bash or be a self appointed authority telling others how to honor them is offensive--not only to those persons being criticized, but to those whose family structures may differ or they may identify differently from the gender that they were born.

To be clear, this also means you do not have the right to publicly degrade or make irresponsible comments about a group because you may be member of that same ethnic or gender group.

Same goes for social media, you do not have the right to make publicly irresponsible comments because it's your "personal" Facebook account.

Let's just say if a PR professional hired this type of colleague (or loose cannon) to work on a family values campaign, it would be hard to justify to a corporation why "loose cannon" should be kept on the team.

Your social media use demonstrates in real time your judgment or lack thereof.

Think before you post and ask yourself, "Is it absolutely necessary for me to post something offensive in the name of harvesting comments and likes?"

More importantly, ask yourself, "How much business did I unknowingly lose because of it?

About Monica Peters
Monica Peters is a writer, public speaker and public relations professional who has worked on localized and national campaigns for tech, nonprofit, legal and entertainment sectors.