The rapid advance of social media has given kids and teenagers a wide variety of platforms to express themselves to their peers through the internet. The ability to share, create, and engage in these digital environments have become highly important factors in the lives of youth. But do parents, teachers, and other adults who watch over these youth really understand why?

Enter danah boyd, Principal Researcher at Microsoft Research. She is also a Research Assistant Professor in Media, Culture, and Communication at New York University, and a Fellow at Harvard University's Berkman Center for Internet and Society. 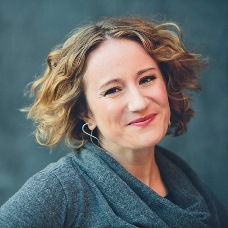 boyd (she spells her name without the caps) has engaged in years of critical research and commentary on how kids and teenagers use social media in their everyday lives. In doing so, she has become a major voice in the conversation on the digital culture of today's youth, collaborating on major works addressing the topic such as Hanging Out, Messing Around, and Geeking Out (2010). As such, the release of her latest research on teenage digital culture -- and the fact that it can be downloaded for free -- is a big deal.

Her new book, It's Complicated: The Social Lives of Networked Teens, takes an intricate look at how teenagers are engaging and expressing themselves in social media spaces. She does this while trying to make it all make sense for adults who, due to their own fears and misunderstandings, may actually hinder teen growth and development in these spaces. In a striking move, danah has made the book free to download through her website (customers can still buy copies to support as well).

I caught up with danah on the heels of her book tour stop at the SXSW conference to talk about It's Complicated and the motivations behind her research.

*****
MTW: What draws you into researching and writing about the digital culture and networked lives of kids and teens? What keeps you motivated to examine these topics?

db: I was among the first cohort to get internet access as a teenager. I very much saw the internet as my saving grace and am deeply grateful for the opportunities that I had to interact with a world that was much larger than what I grew up with in my hometown. I went to college to build software, but I started social media because I was enamored with the new tools that allowed people to connect. I started studying teenagers in order to understand how things had changed once the internet was mainstream. Along the way, I quickly realized just how marginalized today's youth have become, how their voices aren't acknowledged or heard. I kept hearing fearful myths being propagated to justify restrictions on teen mobility. What keeps me motivated is my passion for making sure that the public understands what the data looks like and thinks twice about their approach to contemporary youth culture.

MTW: What is the most important thing you have learned since working on Hanging Out, Messing Around, and Geeking Out that influenced you as you wrote It's Complicated?

db: HOMAGO was a group project where we were able to collectively pull our data and analysis to think about what contemporary learning and life looked like. I loved working with the other scholars on that project, but I had so much more data that wasn't used. I wrote It's Complicated to discuss a much wider array of issues. Probably the thing that changed the most in the years that I was doing research between HOMAGO and It's Complicated had to do with privacy. Teens became much more attentive to addressing adults being in their business. To many adults' surprise, teens didn't focus on trying to restrict access to content. Instead, they found innovative ways of restricting access to meaning. In doing so, they became much more committed to trying to find ways of achieving privacy.

MTW: In It's Complicated you talk about how you are attempting to convince "adults that have power over the lives of youth" that what teenagers do in their networked lives make sense. But do the networked lives of teenagers thrive at all because these adults don't quite understand it?

db: For a while, they did. Parents didn't really notice and teens carved a space of their own online. Now, there's so much watchfulness, so much fear, that parents are expected to be constantly surveilling their children's practices or blocking their children from engaging. What worries me is that this fundamentally undermines the trust that parents and children need to maintain healthy relationships. Lack of knowledge is one thing, but fear and anxiety and distrust and misinterpretation are a different beast.

MTW: Why do you feel this is the right time for It's Complicated, and what do you hope the book accomplishes?

db: To be honest, I wasn't thinking about this as a "right time" issue. I finished the book when I could get the book finished. It took me a lot longer than I intended. But I also wrote it to be relevant for a while, regardless of what new technology comes down the pipeline. Every year, the technology will change. But I've learned in this project that the underlying dynamics don't change that much and the fears are pretty cyclical. And, for better or worse, the anxieties keep ratcheting up as each year goes by.

My hope is that adults will step back, take a deep breath, and think twice about how they're allocating their time, attention, and concerns. Many teens are fine. Many teens are not. This is not new. But what worries me is that we've started to use technology as an excuse to focus on the wrong things, rather than leveraging what's there to help those who really need our support and attention.

MTW: Your book is free to download and readers can also still buy a copy. Ultimately, how will you measure the success of the book?

db: I want the book to be read. I want it to start a conversation. I want youth to have more respect. I'm not looking to measure success because any measurement that I could conceive of would be methodologically flawed. So, instead, I work my toosh off trying to shape one person's perspective at a time. Nothing makes my heart warm more than hearing thank-you's from teens or a moment of reflection from a parent, educator, or youth advocate.

MTW: As we continue forward in our digital age, how can we give teenagers a greater voice in the conversation on the realities of their networked lives?

db: It starts by welcoming them into public life, online and off.