Marketing specialist Christopher Penn recently worried that too many are, like the ancient warfare tactic, "poisoning the wells" of social media through use of poor tactics and bad mouthing.

Look at how many people are publishing articles, blog posts, editorial, and other commentary about how social media is a giant scam, a scheme, a shell game, and little more than a high school popularity contest as a consequence of badly behaving marketers. So many people are doing such a poor job of representing the space that they're poisoning the well for everyone else.

Trust is a concept everyone likes to use, but often without a high degree of precision. For decades, the National Opinion Research Center (NORC) has been measuring declining levels of public trust across most institutions. The General Social Survey (GSS) since 1972 has asked respondents, "would you say you have a great deal of confidence, only some confidence, or hardly any confidence" in "the press"? Only 16.9 percent had "a great deal," 54.4 percent "only some," and 28.7 percent "hardly any."

So, we should not assume high levels of trust are somehow lost when journalists or social media practitioners make mistakes.

The huge PR firm Edelman's 2013 Trust Barometer also finds a skeptical public, with less than one fifth of global respondents believing government and business leaders "will tell the truth when confronted with a difficult issue."

Richard Edelman talks about engagement, integrity and purpose when building trust with the public. Edelman's TweetLevel tool measures trust on Twitter by relating it to influence: "The best measure of trust is whether an individual is willing to 'trust' what someone else has said sufficiently that they are also prepared to have what they tweeted associated with them. The key metric in this instance looks at combination of retweets and references."

Communication researchers traditionally measure media trust by considering source and message credibility. The idea that poor performers would be "poisoning the wells" for the rest of us on one social media platform, much less across all, would seem conceptually flawed.

As billionaire Warren Buffett likes to tell student visitors, trust is a matter of reputation -- individual and company -- built over long periods of time. "It takes 20 years to build a reputation and five minutes to ruin it. If you think about that, you'll do things differently."

Christopher Penn seems to acknowledge this when he adds that the "only antidote that I've found in the years I've been doing this stuff is to cultivate your own audience, your own platform, to become trusted above and beyond whatever the technology or method of the day is, so that in essence your personal name and brand override whatever concerns your audience might have about other practitioners in your space."

In my last post, I began to explore the challenge faced by everyone -- journalists, marketers, educators - developing a personal brand through social media as our employers also do branding. 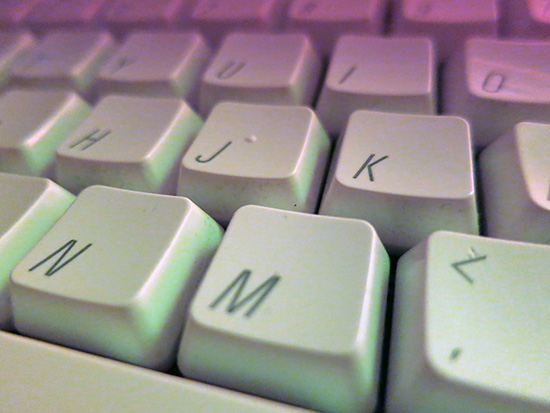 The best rule of thumb is to align personal and professional brands around common values. Our strategic plans usually express what we are supposed to be about. Reputation management happens when we think first before tweeting. Only then over long periods of time can we expect to build trust based upon engaging social media content.